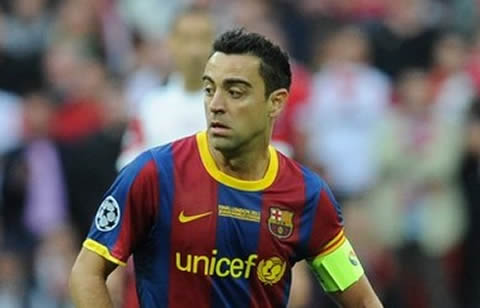 Barcelona midfielder Xavi Hernandez has surprised nobody by speaking openly about the possible transfer of Cesc Fabregas to the Catalan club.

Arsenal fans will remember well the numerous pronouncements he made last summer when he decided he would speak for the Arsenal captain. In an interview with Sport.es (Spanish – Google translation) he said, “The lad wants to come. He would be a great footballer for this team but the problem is money. He costs a lot because he is so good. 50 million euros.

“At the moment the club is not in in it’s best moment, economically speaking. The problem is money. He wants to come and we want him here.”

Arseblog News suggests this won’t be the only time we hear a Barcelona player talking openly about their desire for Cesc to join, but this morning we’re simply thankful that no mention of Cesc’s DNA has been made.

On this plus side, he admitted (at least) how much Cesc is worth and that it’s down to Barca to stump up an appropriate amount of cash. Last year, they believed they could get him for 20mil because of his DNA, so, baby steps forward!