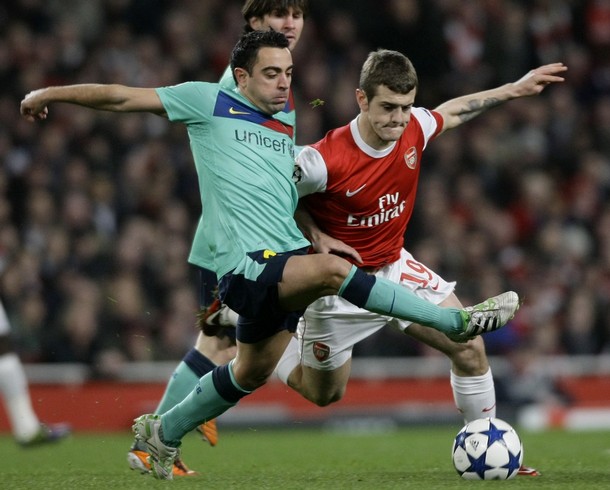 Jack Wilshere believes it is essential he uses this summer to rest and recuperate after a ‘crazy’ twelve months which has seen him progress from a loan spell at Bolton Wanderers to England regular, via a man of the match performance for Arsenal against Barcelona.

The 19-year-old had been tipped to play for Stuart Pearce’s under-21 side at the European Championships in Denmark but was not selected following advice from Arsene Wenger who claimed his starlet could suffer burnout after showing a marked downturn in his fitness statistics in the final third of the season.

Granted a full four weeks holiday, it is now thought that Wilshere will re-join his Arsenal teammates in July for pre-season training before embarking on the club’s tour of Malaysia, the Emirates Cup and the Gunners’ Champions League qualifier in August.

“I have to get my feet up,” Wilshere told reporters in the aftermath of England’s 2-2 draw with Switzerland at the weeken.. “I’ve got four weeks off.

“It has been a crazy year. At the start of the year, there was talk of me going back on loan to Bolton.

“The manager at Arsenal said he wanted me to play 20-25 games and I’ve played 60 games this year.

“Hopefully I can get a bit more taste of international football next year and carry on performing for my club.”

Reflecting on his ability to cope with the expectation which has accompanied his rapid rise to prominence, Wilshere continued:

“We are a top four club and we want to deliver trophies and win every game.”