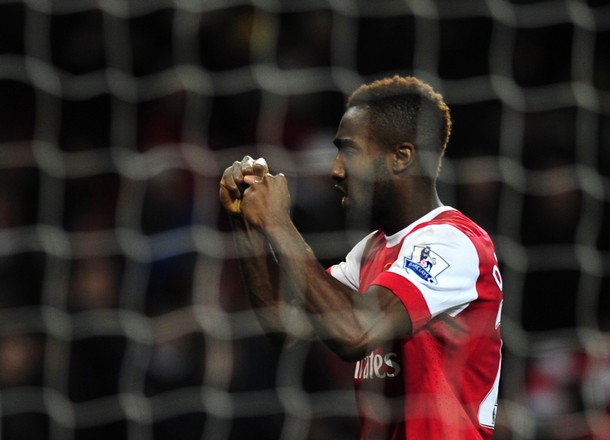 It would appear that Arsenal’s recent tour of Asia has been as much a hit with the players, coaching staff and board as it was with the club’s fans in Malaysia and China.

While CEO Ivan Gazidis has spoken positively about spreading the club’s global status while simultaneously persuading Arsene Wenger on the need to balance pre-season training with marketing opportunities, players from Andrey Arshavin to new boy Carl Jenkinson have also expounded the benefits of the week long adventure.

Adding his voice to the positive feedback Swiss centre-back Johan Djourou also reflected on the boost to squad morale that has come with experiencing a new part of the world under the Arsenal banner.

“It brought the players closer together and that is good,” he told Arsenal Player. “On the pitch, the players will be closer.

“The mood is great and you can see that with the players. It was massively different to Austria. For us, it was great to see something different.

“Austria is more settled and we know that we are going to the hotel, training and that is it. We did more in Asia with the team so it was great.”

Arsenal have spent the week training in more traditional climes at London Colney as they prepare for their next test against Cologne in Germany on Saturday. On their return the build-up will then turn to the Emirates Cup and a fixture with Benfica before a potentially tricky Champions League qualifier against as yet unknown opponents.

YOU ARE A WEAK LINK DJOUROU, U AND SQUILLACHI SHOULD BE USED AS PART OF CAHILL AND SAMABA DEALS. YOU AND THE GUY CZESNY SHOULD DO THE TALKING ON THE FIELD. CERTAIN PLAYERS AT ARSENAL SHOULD NOT BE ALLOWED TO SPEAK TO THE MEDIA UNTIL THEY IMPROVE THEIR GAME, THEY ONLY EMBARRASS THEMSELVES WHEN THEY MAKE BIG SPEECH TO THE MEDIA AND THEN IN GAMES THEY MAKE SILLY MISTAKES.

Despite this being in flagrant disregard for our comment policy and internettiquette in general, I’ll leave it here so other people can see what to avoid if they want to be taken vaguely seriously.

My head hurts with all the shouting.

Save it for the matches guns and lighten up

hail hail, an example of the weakness of the evolution theory!

It’s very hard to take anyone who writes in caps lock seriously as it is but obviously you dip in and out of Arsenal when it suits you. Did you watch any games last year? Djourou was definitely our best cdentral defender last year and had some great games for the club. Obviously as a whole the defence was poor but that was in no doubt due to injury, poor form, Squillachi and lack of investment. Certainly not Djourou.

Guns iv got to words for u ‘caps lock’ djourou is a good defender he played well earlier in the season and szez is potentialy an awsome gk. I bet you would also moan if there was no news coming out of the club. Try and be a bit more positive

A lot of people say that Monet, never achieved what he could have. I hold almost an opposite opinion. I think he achieved, and still does, more than he could ever have reasonably be expected to achieve.

It’s Friday! Gotta get with my friends on Friday! Kickin in the back seat, kickin in the front seat… Which seat I ta’aaaake?

Mellow up y’all. Same team. Too much hate. Luv y’all.

but he is a bad player though !

I don’t know whether you’ve noticed but u spell my surname werren. Dick! Judging my your terrible grasp of english I can safely say I know more about arsenal than u. Iv followed the gunners all my life 25 years. If ud like to chat about it further we can meet at the 1st home game of the season or at the emirates cup next weekend…..do u know where the emirates stadium is? Its in quite a big town called london. You fucking nob jockey

Oh Gun, you made my day. You’re awsome man, actually i think i might love you. I really needed a big laugh on my lunch break today, from the bottom of my heart, I love you.

All we hear about is the togetherness of the team. Okay so it’s great to have this sort of team spirit but I think our players need to be tougher on each other on the pitch. If someone makes a mistake on the pitch we need the others to give them a bollocking rather than a hug.

Here it is again – http://news.arseblog.com/index.php/comment-policy/

I’m now going to have to start deleting comments…SORRY.

Listen to me Andrew Allen, I am a vision of the fear that resides within your soul, i am everything you don’t understand and will not know, I am the dark empty void between your heart beats…I am eternity

Guns why start ranting at djourou and sczezczzzzzczcz after harmless comments about enjoying the Asia tour and improved team spirit.
Turn off the caps lock and turn it in you gobshite

Gunners it’s time to wake up and stop living in denial, some of the players at Arsenal aren’t any good and can only play for Arsenal…I not being negative, i love the club dearly but I’m not gonna lie to myself any longer..why we cant get rid of certain players? Because they can only play for Arsene and some of you blind supporters. Enough is Enough Arsene I’m not on your band wagon, you should be loaned out too.

Who’s in denial? Plenty of gooners on this forum have issues with wenger but they keep their criticism constructive rather than moronic caps lock fuelled ranting. why are you having a go at djourou and sczez they both had good seasons. Djourous form tailed off at the end of the season but he had a decent campaign considering he missed the while year previous with injury. Sczez made 1 massive error in the final but he’s a kid shall we bin him off forever?? Your the kind of fan who would be calling for Henry to leave after his mediocre… Read more »

We will all be moaning again in May if we don’t man up…Wegner u should too.

what the fuck are you going to accomplish with your moaning and groaning, except shitting in your own front yard.
u my anti-arsenal arsenal friend, cannot control what the club does. so just chill out, and keep it positive OR become a billionaire and do one..

I think djourou is a good player he always gives 100% and he’s still young and will improve.
Going off topic here but traore has looked Sharp and much better than clichy in pre season

Gonnersville WAKE THE F UP, that young goal keeper is the one who talks too much and often performs poorly, being young is not the escape route anymore, its called Man Up, u failed to get. Your keeper makes me cry after gifting Birm the Carling Cup Final, the one cup that could make we being a club that created history, winning the Champions League, FA Cup and Prem….U need to MAN UP too or you are too Young…lol……Passionate for mediocre players…

Guns
Why do you keep on saying man up. Are you making a homosexual pass at me ??
Sorry your not my type
Come back next year eating your words on szchezny Mark my words

Jason
Traore has played against malaysia x1 and green town. I will reserve judgement on how much traore has improved when we face stiffer opposition. Before he went on loan he was a liabilty so let’s all hope a year in italy has taught him a thing or two about defending

Goodness. If a little comment from Djourou about togetherness prompts these heated comments, I wonder how our players ever survive on twitter.

I am Monet and I agree. I mean look at my paintings. Now they are some real Monay…

It’s Friday! Gotta get with my friends on Friday! Kickin in the back seat, kickin in the front seat… Which seat I ta’aaaake?

WTF has happened to everyone this afternoon?
Guns- DJourou and szchznznyyzcy bad players? Your entitled to your opinion but it’s wrong. However I’ve had enough of hearing how our players all get on so well, there are times when a player needs a rollicking by a team mate, that’s why Clichy, denilson, eboue etc didn’t move on to a higher level after starting their careers brightly.

I think Djourou is quite good, his record last season was reasonably good.

He has had a lot of time out and is no where near his peak so he should get much better still.