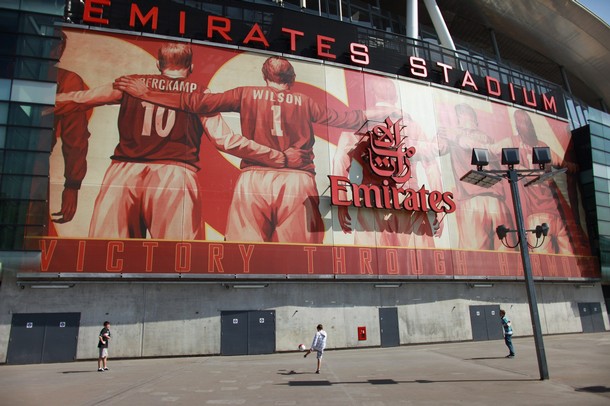 Ivan Gazidis has revealed that he used the club’s pre-season tour of Asia to outline a number of transfer targets with Arsene Wenger.

Stressing that Arsenal still have the necessary resources to further strengthen the squad before the transfer window closes, the club’s CEO told Arsenal.com:

“We still will be active in this window. We haven’t finished our business at all. We’re just not conducting it publicly; we’re working hard privately.

“I was out in Asia because I could be with Arsène for an extended period of time and think very, very carefully about strategy and targets.

“We understand where the weaknesses have been. Financially we’re in a strong position, we have resources to spend. We’re certainly not sitting there saying ‘let’s hold back on our resources’ for some reason, why would we?

“The resources are there. We’ve got a substantial amount of money that we can invest. The important thing for us, which can be frustrating, is not doing it only in response to a public clamour but in a way that can positively impact our performance next year. That’s the focus now.”

Don’t tell me the same crap as from PHW over the years.

What we want to see is the signings and the actions to show that the Board is ambitious enough. Old dogs like PHW should be treated like Dinosaurs and give way to those who are energetic.

Give them a chance will you the transfer window has Only been open for 19 days! Would you rather they tell the world who they wanna sign like sp*rs and barca!!

YEAH IN WITH THE GUY WITH THE QUESTIONABLE CORPERATE PAST AND NO SPORTS OWNERSHIP EXPERIENCE.

I’d question the judgement of letting the Uzbek have the reins. Anyone proposing such a notion must be wired to a different planet.

Same goes for promoting the case for the return of DD.

I am patiently awaiting the secret signing of a top class Center Back!

don’t know why people are surprised, this is how we do summer transfer windows… wenger admits we need more and will spend… check we sign some unheard of kid from lower leagues… check we go for an up and coming talent such as Jones, Alvarez, Campbell and lose out… check we actually sign underwhelming attacker from french league… check our best players are linked with moves away… check we keep most of our shit players… check we get assurances from wenger that all will be good… check we get assurances from other highly paid twats that money will be spent…… Read more »

I’m going to sum up by saying, “Step away from the mushrooms!!”

Of: “I was out in Asia because I could be with Arsène for an extended period of time and think very, very carefully about strategy and targets.”

A little late no? Shouldn’t the “very, very” careful thinking have taken place a little earlier, say, before we started buying the few players that we have bought? Perhaps the “strategy and targets” were not player/team related… ? Perhaps it’s just a foil before Arsène announces more transfers…?

Why don’t we try to sign players at the start of the transfer window? We always leave it too late, so there’s barely enough time to replace players who have left. The Fabregas saga will probably drag on until the end of the window, so we can’t replace him. We need to sign a centre back, left back and a proper striker. If Fab and Nasri go we’ll need to replace them too. We really can’t continue to do business like this. I hate Man U, but look how they’ve snapped up good young players such as Young, De Gea… Read more »

Oxlade-Chamberlain: I hope for Arsenal | Arseblog News – the one stop Arsenal news site

[…] according to Ivan Gazidis, Arsenal are riding a bus filled to the brim with cash, ready to spend on new players to boost Arsene Wenger’s […]

alex is an exiting prospects he would imidiatly had to gunner’s quality.i hope he signs 4 us.

[…] Arsene and Ivan at their word. We know what Wenger said about being active, and just last month Ivan Gazidis assured us there was still business to be done: We still will be active in this window. We haven’t finished […]