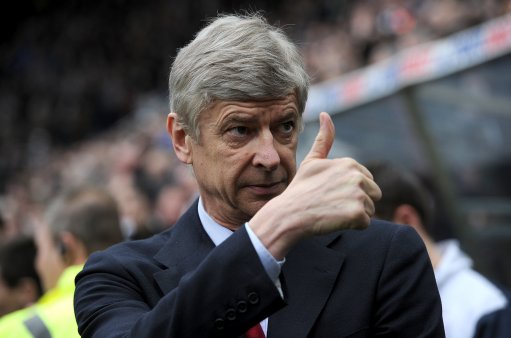 Arsene Wenger has hailed a decent pre-season performance by his Arsenal squad as they defeated FC Cologne 2-1 in Germany.

The Gunners took an early two goal advantage thanks to a quick-fire brace by new boy Gervinho before a Carl Jenkinson own goal saw the deficit cut just before half-time. In the second half, the game continued to be very open with both sides counter-attacking although no further goals were forthcoming.

Reflecting on the workout, Wenger spoke positively about his side’s performance while paying tribute to Gervinho’s 30 minute cameo.

“We played at a good pace in the first half and looked dangerous,” he told Arsenal.com. “Gervinho had a good start and that is always important for his confidence.

“He has shown his qualities. He has quick movement behind [the defence], the timing of his movement is great and he is easy to find.

“We have seen what he can bring to the team and he contributes to the high pace we have in the team.

“Overall, I liked today. We took many risks and were exposed to counter-attacks but, overall, I am happy.

“The team is not completely ready but it was the end of our first phase of preparations and it was important to win the game.”

One negative to come from the match appears to be a serious knee injury sustained by youngster Conor Henderson who went down in the final minutes.

“The only sad thing today is the injury to Conor Henderson, it looks quite bad but let us hope that we have good news tomorrow morning. He twisted his knee, I don’t know how big the damage is but the first signs don’t look too encouraging.”

Arsenal now return to London to prepare for the Emirates Cup fixtures against Boca Juniors and New York Red Bulls, with Wenger predicted a strenuous week on the training ground.

“Training, training, training! Morning and afternoon,” the coach revealed of the next few days. “It is a block of work that will be very intense for us. Tomorrow will be an easier day but Monday, Tuesday and Wednesday will be higher levels of work.”

This guys movement off the ball was brilliant, not to mention his clever finishing ability.

Hope this performance continues and kills off the arsenal doom merchants!

Savage is a Dave
Reply to  Timson

I don’t think those “doom merchants” will be pleased with our continuously poor defence. But we must take ONE positive as we have not had many of those recently and Gervinho, even if only a friendly, looked very lively and here’s hoping this is a sign of things to come.

gunner_expat
Reply to  Savage is a Dave

the doom merchants will be further not pleased at what potentially looks like a good signing for arsenal.

Defending still leaves a LOT to be desired.

Gervinho can’t do anything about that.

Negatives: Chamakh looks like he picked up where he left off last season, Djourou also; Nasri.

All in all, a good work-out for the team, and nice to see a pre-season win.

ol
Reply to  John B.

If eboue had played today and had the same performance as Gibbs , everyone would be going to town on it.
I know its only pre season but i feel we need a left back more than the CB.

Very impressed with Jenkinson apart from the random cock up; couldn’t agreee more about Chamakh, really struggling to see the point of him in this side, doesn’t even attack the balls crossed towards him.

Gervinho’s performance was a huge positive from this game, although our defending is still leaving so many question marks.The worst thing is, these defenders know that AW and the fans want to see a new CB bought in so they should be playing for their lives.

That Jenkinson og is hilarious. Only Wenger could buy a defender who’d do that on his debut. Anyone he buys is immediately infected with defendlikeacunt-itus. I know it’s only a friendly, but you just know Jenkinson will be tripe, and Wenger will teach him nothing – ever – about defending.

Your statement is rididulous, apart from the own goal he looked pretty good. Get off the youngsters back and go and ‘support’ someone else.Arsenal do not need fans like you!

Good to see Gervinho in action, the team still looks a bit off balance! More important – Arsenel not being able to keep it’s brightest young talent. The signs are that is fast becoming a mercenary club. Are we witnessing the failure in the Wenger model? The business model focus over the last six years – the coach and bringing through of young talent suffered. Consider Fabergas wanting to sit on the bench at Barca instead of taking the lead role for the Red & Whites? Nasri who benefitted most by one on one coaching from Wenger can’t wait to… Read more »

No you wanker, Bartley on his way out ON LOAN, and JET just couldnt cut it. Denilson was a bit of a flop. Nasri and Cesc sagas.. Nasri is just looking for cash, and the cesc thing is understandable

also, if barca tapped up tevez you don’t think he’d say he wanted to leave city? Or if Madrid came for Suarez, you think he’d be as professional as Cesc is being? Honestly we are pretty lucky with cesc