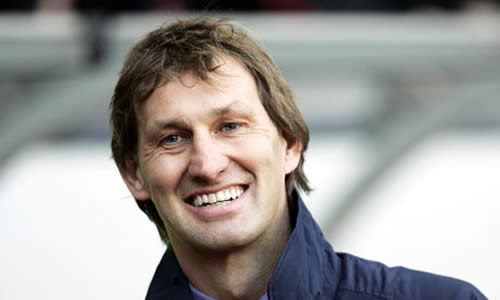 Fiszman bought 8% of the club from David Dein in 1992 and Adams claims it was this purchase, and his investment in the club, which allowed Arsenal to attract better players.

Speaking to The Independent, he said “I think that a significant factor, 90 per cent, in why we achieved so much is that Danny Fiszman invested £50m in the club and we were able to go to the next level.

“I got my first decent contract at the club, so did David Seaman, we were able to bring in Dennis Bergkamp – and that was before Arsène arrived – David Platt, Patrick Vieira, Nicolas Anelka, and were able to pay them – top players from around the world”.

Fiszman sold his shares to Stan Kroenke before his death in April of this year, and it has proved to be a challenging first few months for the American. The continuing sagas surrounding Cesc Fabregas and Samir Nasri have dominated proceedings while investment in the playing squad has, thus far, been minimal.

Meanwhile Adams, currently in charge of Azerbaijani side Gabala FC, still has ambitions of managing the club he captained for so long.

“The resources that Arsène has got … give me that tomorrow. Yes, please. I love that club dearly. I’m not ready yet. Maybe one day.”

Why not? Surely we already have an attack minded coaching culture at the club. A bit of Adams defensive magic can’t hurt. Maybe needs to prove himself more though. Could work well as a first team coach also.

An Adams Bergkamp dream team would be amazing

Tony Adams was a great defender and excellent club captain but that’s where it ends for me. His pseudo intellectual mutterings make my toes curl and I have seen nothing since his retirement that suggests he has what it takes to be Arsenal manager. As SAF once said of someone else, ‘he always has a lot to say for himself’. Quite…

Never mentioned Arsenal since retirement, didn’t show up to last game at Highbury. But, as you can see in his quote, is interested now when money is mentioned that he can spend.

Great players very rarely make great managers. It’s not different to any other wk if life. Look at the facts wenger, ferguson, mourinho the three most successful managers in the last 15 years in PL none can be deemed to have been a great player. Please stop romanticizing and accept that we have a great manager who is having a tough time by his standards. He and arsenal will come good with our support.

I saw Tony Adams today, as I watched his side win 3-2 at st Albans city, great guy, gave me a autograph.