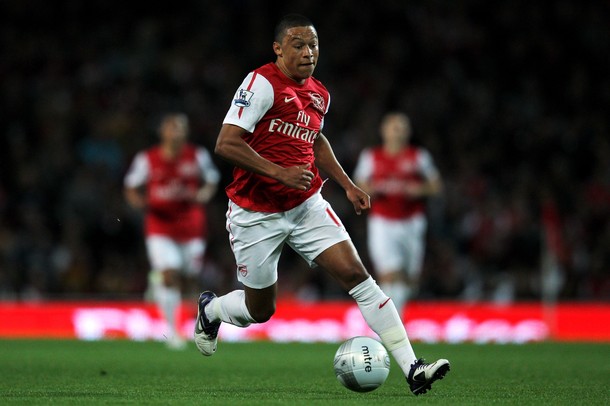 Arsene Wenger has hinted that Alex Oxlade-Chamberlain could feature more regularly in the Premier League in the near future and stressed that if the midfielder performs well, there is no reason why he shouldn’t be included in Fabio Capello’s England plans for Euro 2012.

Perhaps learning from the huge media storm caused by Theo Walcott’s inclusion in the World Cup squad for the 2006 World Cup, and the intense pressure that was placed firmly on his young (and injury prone) shoulders, the boss did also stress that there was little to be gained by capping a player who did not have the right experience.

“I would like to see [him go to Euro 2012] but let’s go step by step,” said the boss. “I think in England you always take the fast track. To go to the European Championships you need experience in the Premier League so it is important he gets that first.

“He is not far [from being ready for the Premier League]. At the moment we have been quite consistent with the team we put out because we are on a good run and have had no injuries.

“I believe he is still in a period where training every day with top players is important for him to improve. He has quality when he plays in games – he is not fazed by the importance of them. He’s the kind of personality that makes you think he can play on the big stage.

“You have seen him already before Christmas and I have no restrictions at all. For me, if I need him he will play. I don’t think it is too early for him to play anymore.”

Having openly admitted that excluding Walcott from his World Cup 2010 squad was a mistake, it seems unlikely that Capello will leave the in-form winger behind for a second successive tournament. The question that the Italian really has to ask himself is whether he is  also willing to take a risk on The Ox; a player whose talent is as raw and tasty as steak tartare.

If Arseblog News were fond of a flutter (and we are, just ask our friends PaddyPower…hint, hint), we’d bank on AOC probably staying closer to home next summer and being selected by Stuart Pearce for the Team GB Olympic side.

Madness!! Extend his contract instead..

The Ox is the future – but hopeless, useless Wenger obviously can’t see it yet. With Wenger’s record of doggedly sticking to players who can’t or won’t do the business (Almunia, Arshavin, Denilson, Eboue, Bendtner etc) we will have to probably wait until next season before he gets his head out of his backside, smells the coffee and gives Alex a regular starting place. But the Ox is ready now! With so much dross still in our squad, why can’t we actually use one of the few players who is real quality? By the way: why can’t we send Park… Read more »

Steve December 2, 2011 at 3:39 pm The Ox (as he is now internationally known) is learning how to defend on the training ground. I am sure as an Arsenal supporter you want to admire him for both going forward and also helping his team in the defence (as Arsene said …even Messi does it). Alex is very young and has many years ahead of him…. he will shine in The World Cup 2014 in Brazil. Time is the master. Furthermore: JW19- Wilshere went to loan, so did The Coq and both learnt more about the game and came back… Read more »

However good the OX is, and he’s fantastic now and I’m sure will have a great career in the long run – there’s no one better than Wenger at giving the youngsters chances to shine and be successful. Wenger may not be a great manager to some, might be stubborn to others and he does things that irritate some of his biggest supporters but if you say he can’t see the talent in a youngster and give him opportunities when he’s ready…I’m baffled. If you said he played too many youngsters – YES If you said he gave players who… Read more »

I man, I wish I could see what you said there. I hate how you can’t see the blocked comments on the iPhone.

Ye load of bollox everyone has drifferent opinions that are not liked by all, should not be blocked unless racist or abusive

I would like to see him in see him in RAMBO’S position when he comes in the red zone.Seems like Ramsey is enjoying a free role which is clearly helping him he’s getting back to his best , the same approach should be done with the OX make him an allround player.

I agree with Mr Wenger, we should be careful with him, but at the moment I would love to have him as a sub and coming off the punch instead of Arshavin.

[…] we are left waiting patiently for Diaby, who got injured yet again, to recuperate and start showing us what he is capable of. Frankly, I adore the lad. Lanky, […]

We must also use the Coq wisely.

Whenever I hear grown men shouting “Release the Coq!” in my general vicinity, I get slightly worried. Terrified, even.

Arsene sees Ox in training and would know better than any of us whether or not he’s ready for a starting place. Having managed our club for so long and having brought through many young talents I don’t doubt his ability to notice when a player is ready to to be a starter. For now I think that Arsene might use him more as a sub have him in the squad and available to come on if we need him. He says he doesn’t think it’s to early for him to play in the league games anymore so I think… Read more »