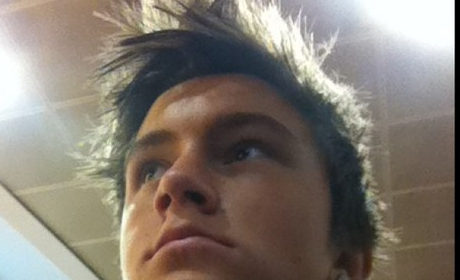 Swedish midfielder Kris was one of four foreign youngsters brought into the Arsenal Academy set-up at the start of this season and, although he is yet to make his debut for the Reserves, something he will surely do before the end of the season, he has certainly impressed for Steve Bould’s under-18s with his composure in possession and excellent passing ability.

Capable of operating either as a playmaker or in a slightly deeper role in midfield, Kris initially struggled to cope with the added physicality of the English game, but is appearing more and more comfortable with each passing game and his growing confidence has been in evidence in the numerous assists that he has weighed in with this campaign.

Assured in making both short and long passes, Kris has also found the net himself on a couple of occasions and his hard-working and determined attitude has won him many admirers during his short time at the club.

Second-string appearances should follow shortly, but, for now, Kris will seek to continue to develop and build up even greater understanding with his team-mates. If the first few months of his Arsenal career are anything to go by, then Kris can be deemed to stand a good chance of future success.

When he’s joined the first team, let us know 😉

I thumbed up the comment , I am sure it’s a parody of actual cynical cunts

Meh. When he’s scored a hat-trick in the Champions League final, then I’ll be interested.

Anyone remember that free kick against Sampdoria where he just cunted it in lower and harder than anyone has ever kicked a ball, ever? Why the hell did he leave anyway?

yooohhh! our boys just landed and are receiving a heroes welcome as i write!! sorry fellas i always thought i’d put “club before country” but this meant so much to us and in the end it was gervinho who dealt us the card my country needed! And hopefully he can now find his shooting boots for Arsenal . the country is electric and the nation never slept, it was an emotional win remembering our fallen heroes . they sort of gave most of us here consolation when we lost to man u and had our poor run. and Its been… Read more »

Guys this lad Jack Jebb is midfielder too? I heared that he’s pretty good but after Jamie “shut down” his YoungGuns Blog I know nothing what’s going on there in Academy and Reserves.

From the youtube videos I have seen , he is like a young tomas Rosicky on steroid , Passes and dribbles very fast , every move is like a counter attack . has good vision too.

You mean Jebb or Olsson?