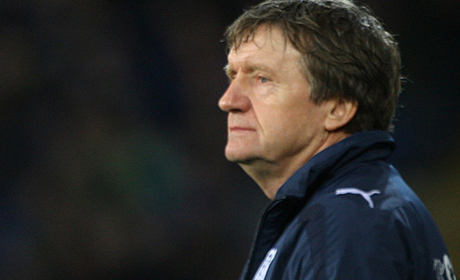 One of the differences generated by the shake up in second-string football this season has been the heavily increased number of fixtures that participating clubs feature in at U21, U18 and NextGen Series level. When the FA Youth Cup is thrown into the mix, with Arsenal having been drawn at home to Newcastle United in that competition, the Gunners will have played a staggering 35 matches across all levels before Christmas, with the promise of many more games to come after the break should they achieve an adequate position in the respective league tables.

This situation can be viewed as a double-edged sword. On the one hand there are suggestions that too many games will lead to fatigue and subsequently injuries amongst the club’s younger players, yet so far there has been much evidence to the contrary, with Arsenal being able to provide regular game time to many of their players this season at various levels.

There has been a less experienced look to the U21 side in recent weeks, with the likes of Jack Wilshere and Bacary Sagna now back in the first-team picture. Players such as Jon Toral and Isaac Hayden have begun to establish themselves at that level, but it is still the same names that are getting on the scoresheet, with Thomas Eisfeld and Chuba Akpom finding the net in the 2-1 victory over Bolton Wanderers earlier this week.

The thick-and-fast nature of the fixture list is evidenced by the fact that Terry Burton’s side are back in action again tomorrow afternoon against West Ham United, with Wojciech Szczesny pencilled in to make his return from injury in goal. Burton may be forced to make several changes owing to tiredness, but his pool of players will increase shortly when Zak Ansah and Jordan Wynter make their long-awaited comebacks from injury.

Meanwhile, the U18s, now coached by Steve Gatting, continue to struggle for consistency and form, but one positive aspect of Gatting’s appointment has been the introduction of several schoolboys, many of whom he coached at U16 level last season and early this campaign, into the set-up of late.

Striker Jordan Brown, who has been prolific over the past couple of seasons for the U16s, has been bedded into the side recently, frequently operating on the right flank. He has yet to find the net for the U18s but has turned in several good displays, whilst the cameo appearances of England U16 internationals Tafari Moore, a right-back, and Denzeil Boadu, a versatile attacker, provided much to admire.

There are more where they came from, too, with Gedion Zelalem, a classy midfielder of American and Ethiopian descent, likely to be provided with his opportunity to shine early in the new year, and others, such as Ainsley Niles and Chris Regis, also hoping to make an impact this campaign.

Over the coming months further members of the U21 squad should be heading out on loan too, with Ignasi Miquel, Sead Hajrovic, Nico Yennaris and Jernade Meade those most in need of spells elsewhere.

Thanks for this, I like reading about our future. The advancement and success of our youth players is more relevant now than ever considering the financial ‘direction’ the board have taken us