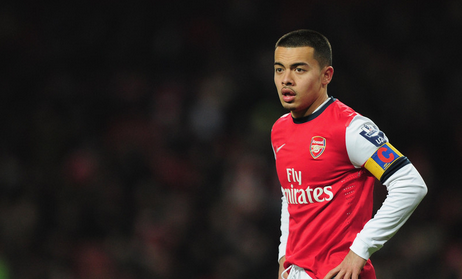 At various points over the past few seasons, Arsenal’s youngsters have, at times, had to go almost three weeks without having a fixture to fulfil. This afternoon, in the unfamiliar setting of Lake Como, Italy, some players will face their third game in a week as they take on Chelsea in the semi-finals of the prestigious NextGen Series.

It has certainly been a memorable week so far for the young prospects, with Monday’s 1-0 dispatch of CSKA Moscow in the Quarter-Finals of the competition attracting attention from the national media and drawing an attendance of over 6000 supporters. Arsenal prevailed thanks to Serge Gnabry’s second-half goal, and, in truth, could have inflicted further damage on a struggling CSKA side in the latter stages, with Thomas Eisfeld rattling the crossbar late on with a free-kick from distance.

Arsenal’s defence, particularly their sturdy central-defensive partnership of Sead Hajrovic and Isaac Hayden, was a key facet of their victory as the visitors were frequently denied the opportunity to make in-roads into the Arsenal penalty area, and the duo will have to perform such heroics again today if the Gunners are to prevail past a Chelsea side possessing several promising talents of their own.

In between the two NextGen fixtures, the U18s travelled to Blackburn Rovers for a league fixture on Wednesday morning, also winning 1-0 courtesy of Tarum Dawkins’ goal from close range. The Arsenal side contained the six unused substitutes from the CSKA Moscow fixture, with those players subsequently linking up with the rest of the NextGen squad for the flight to Italy on Wednesday night.

Should Arsenal manage to overcome the considerable obstacle of Chelsea, then either Aston Villa, who contain a couple of players who failed to make the grade at London Colney, or Sporting Lisbon will await in the Final, with Terry Burton’s side hoping to be crowned competition winners at their first attempt.

Whatever happens over the course of the long weekend in Lake Como, however, Burton’s side can be extremely proud of the manner in which they have performed in the competition this season, overcoming considerable challenges such as an almost unplayable pitch away to Inter Milan and progressing from the group stages despite going four games without registering a goal or a victory.

In the knock-out rounds, the spirit, determination and belief of this Arsenal side has really come to the fore and they will be hopeful of demonstrating those qualities against Chelsea in a game live on Eurosport 2, kicking-off at 2pm UK time.

Come on you Gunners! Beat them Chelski nobodies.

Predicting 2-1 to the Arsenal

Hopefully the under 21 team can serge forward and gnab that next gen title.

Would be so happy if we did.