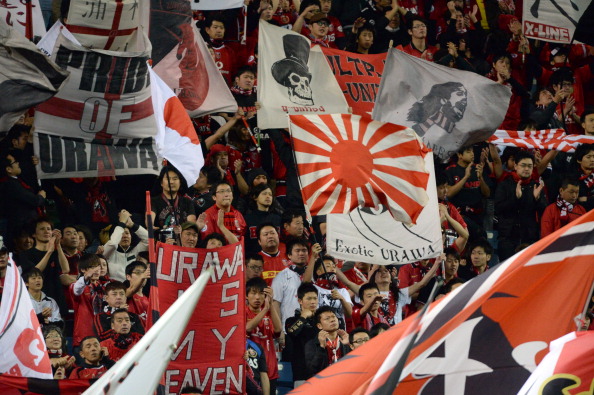 As Arseblog News revealed back in February, Arsenal have confirmed they will play Japanese side Urawa Red Diamonds in the Saitama City Cup on 26 July.

The game will conclude the Gunners pre-season tour of the Far East with fixtures against the Indonesian national team in Jakarta on 14 July and Arsene Wenger’s former club Nagoya Grampus on 22 July already announced.

Given the eight-day gap between the first and second fixtures, and the fact the club have intimated the arrangement of a possible match in Hanoi, Vietnam, it’s possible that a final fixture could be added to the itinerary.

Either that or Boro Primorac is planning a very evil dose of star jumps and lunges to rid the boys of their summer bellies.

Speaking about the match in Saitama City, the Wenger stated:

“I am delighted to be returning to Japan where I spent two very happy years before joining Arsenal. We are very happy to be visiting Saitama this summer after our trip to Nagoya.

“We know that Urawa Reds frequently have large crowds at their J-League matches and the Saitama City Cup has seen top European teams compete against the Urawa Reds in previous summers.

“The match follows our other fixture in Japan against Nagoya Grampus, and we are sure to receive a very warm welcome from our many supporters in Saitama.”

Arseblog News has a feeling Urawa might be the only club where chants of “Who are ya?” prove somewhat confusing…

Would love to see Arsenal in Australia! They’ll see that the United and Liverpool trips to Australia are big winners. Missed a trick here I reckon

So are they in 100 other countries.

Playing Nagoya, the team managed by Stojkovic (who has a similar philosophy to Wenger), in Wengers potentially final pre season at Arsenal. Maybe I’m reading too much into it.

Massive fixture this. On a par with the Champions league final or the world cup final.
A viewing audience of 3.7 Billion. Lol.

How does anyone in that crowd see anything? Looks worse than Glastonbury.

Saitama City? But don’t they have a Yu-Gi-Oh game that day?

Is that the same country that names their newborns after throwing utensils randomly on the floor?

I might go. I’ve always had a yen to visit Japan.

want to catch the arse in Japan? you’ll have to be early rising, son

first of all…*kiss my teeth. LOL. but really this isnt a laughing matter. the arsenal should never step out of london less its to win the league LOOOOOOL

Lived in Japan five years 2006 to 2011. Was appalling seeing Utd, Barca etc strengthen their hold in Japan by making the trip to play J-League teams and interact with the fans there. Sports stores full of their merchandise, J-Sports showing all their games live etc.

I’m happy that the Gunners are now taking the Japanes market seriously. A bit late but better than nothing. I’d have loved to watch them live but still it should be an interesting tour for the club.