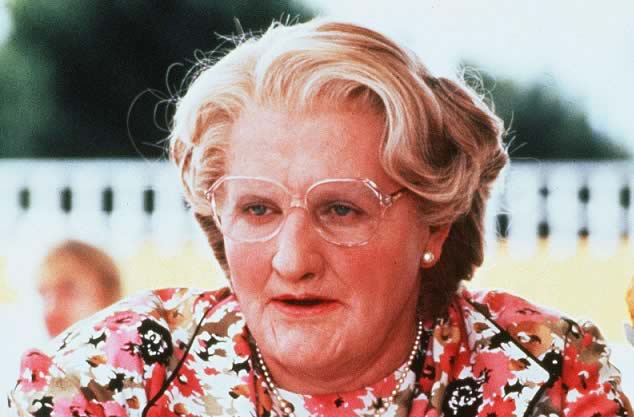 Steve Bruce has hinted he’d be interested in signing Nicklas Bendtner but admits the expense might be an issue for Hull City.

The former Birmingham City and Sunderland manager has plenty of TGSTEL experience, having had him on loan at both those clubs during his spells there.

But, with wages an issue, and Hull’s finances in a delicate position, he says it might be a stretch too far.

“Nicklas, I’ve had twice, and there’s no question about his ability,” he told Sky Sports.

“It’s obviously, when you’re coming from a club like Arsenal, a) can we afford him? and b) would Nicklas want to come to us? So, all of those questions we have to ask ourselves and the big thing is the financial one.

“I think as a club a few years ago it got itself into a mess and, if it wasn’t for the owners now in charge, then the club would still be in a mess. We have to be well balanced and afford what we can afford, and not send the club, if we don’t succeed in what we want to do, into an abyss. We’ve got to be mindful of that.

“Nicklas Bendtner, without question, has got huge talent, but he might just be too expensive.”

Meanwhile, those looking for hints to Bendtner’s future from his Twitter feed will have been intrigued by a message posted on Saturday. The Danish striker said:

This is how we do

Clearly it means something, but what? This is how we do what? The world is waiting for an answer. Which is probably – Make a mess of another transfer deal, but we live in hope.

He should tweet saying “This is how we leave Arsenal.” Twat.

He won’t go to Hull, much as I’d like him to fuck off. No way they can pay his extortionate wages. Can you imagine? Twat like that wouldn’t last five minutes there. Would be kind of hilarious, though. Arsene: “Nicklas, we’re sending you to Hull.” TGSTEL: “Where’s that? Not some shitty place I hope. I need to work on my tan.” Arsene: “Uh… no, of course not. It’s by the beach, and I guarantee you’ll get your pick of the local ladies. It’s a real seaside resort in the sun!” TGSTEL: “I’m there! Can they afford to pay me 80k… Read more »

Not getting my hopes up again.

“Nicklas, I’ve had twice, and there’s no question about his ability”. No, I think you can question his ability

I thought you were going somewhere else with that quote.

TGSTEL – The greatest stud that ever loved???

That must be considered progress, right?

Just really very sad.
We’ve had the invincible’s now we have an untouchable.

Why doesn’t he just start again with a new career. Like becoming a jeweller or something?

‘Niklas, I’ve had twice..’ Can we just give him permanently so he can have him for as many times as he wants?

To sleep, perchance to dream that this may actually happen.

This is how we do……..literally f*!k all except ponce of the club that gave you a chance……..

Bendtner has had his problems, sure. But he doesn’t write his own contracts. And he was only one of two parties to agree to his ridiculously high wage — a salary that makes him unmovable.

Yes it would be nice if he was willing to take the paycut to prove himself again at a different team.

It would be nicer if our club’s leaders had enough vision and foresight to avoid situations by not agreeing to terms like TGSTEL’s in the first place.

Place the blame where its due.

I’ve hated Hull City with a passion since they beat us 2-1 at home and had that cunt Phil Brown as manager. But they seem clean now, all will be forgiven if they take Bendtner.

I find it a bit rich people slagging off Bendtner for not leaving yet the same people slag off Adebayor, RVP, Song, Nasri when a better offer and chance of trophies come in. When players outgrow us and want to leave they are called unloyal. By, the same token aren’t Arsenal unloyal when they get rid of players not good enough for us such as Bendtner? The answer is ‘no’ but the two things are the same. Just because RVP turned out good and Bendtner turned out shit, why should we demand RVP hangs around and Bendtner fucks off.

For the record, I want Bendtner to fuck off too but that is besides the point. He has every right to hang around for as long as his contract. We were to stupid ones that gave it to him so no point getting angry at him.

It’s just sad watching an idiot waste a career at Arsenal’s expense, is all.

When he was given the contract, he was regarded as a player who would light up the league in a few years. In hindsight that was the wrong thing to do but the club could hardly have predicted that he would end up being this useless

I don’t hate RVP or Song for leaving. I hate Adebayor and Nasri for the shit they say about the club.

Bendtner was resently in nightly trouble…http://www.aftonbladet.se/sportbladet/fotboll/internationell/article17131946.ab (swedish). Bendtner elbowed a girl in the back and poured a drink over the girl.. -“who do you think they will kick out?”. Classy nick!

Thanks Narholm,
Now I know the Danish for ‘overpaid wanker’.

This guy won’t just go, because. 1. He still thinks he TGSTEL. 2. He priotises cool cash over rejuvinating his career and. 3. He’s BENDTNER

This guy won’t just go, becaus. 1. He still thinks he TGSTEL. 2. He priotises cool cash over rejuvinating his career and. 3. He’s BENDTNER

This guy won’t just go, because. 1. He still thinks he’s TGSTEL. 2. He prioritises cool cash over rejuvenating his career and. 3. He’s BENDTNER

Gotta give Steve Bruce a bit of credit for being willing to take Nicklas back after shagging his daughter.

Or perhaps she fancies another go-round?

I genuinely have no words regarding this, it’s just one of those things man, like a farting in a room. you want the smell to end. but oh, no it’s gonna be there for a whlile disturbing your peace.

I think we should hire bergkamp back and as he cant fly hire him a boat and get him to drop bendtner to hull. Just like only fools and horses

…and I have to listen to it everyday while working as a waiter at a restaurant.

I’d hate him a little less if he was listening to Hardwell’s “This is How we Do”.

Not in a great mood this morning after several nights of crap sleep due to the warm weather and more bollocks about Bendtner’s never ending transfer saga is not helping! There is more chance of me running out for Hull next season than TGSTEL, he wants £52K a week and that is not happening at Hull unless we’re paying a large chunk of it. We should just cut our losses on this player, chalk it up to experience and let him go on a free. His new club then save the £3m (ish) that he would cost and should then… Read more »

NOOOOOOOOOOOOO im a life long gooner, but i live in Hull! guys, this guy is gunna run me over, im calling it now. help!