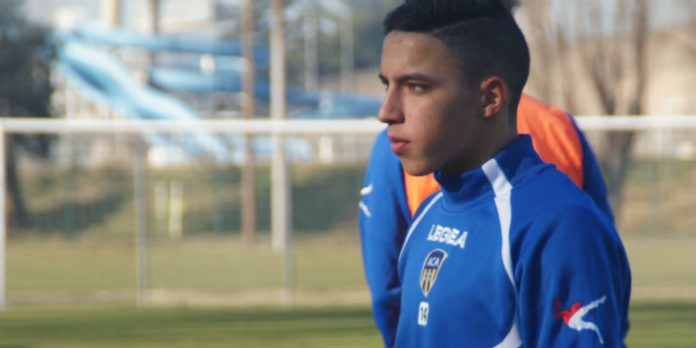 Even if Petr Cech has been the only senior arrival, Arsenal have been very busy this summer in the transfer market at youth level.

The latest to come on board is exciting attacking midfielder Ismael Bennacer from Arles-Avignon, and he revealed that Arsene Wenger allayed his fears about being swallowed up in a big club by telling him he thought he has what it takes to succeed at Arsenal.

“I was a little worried in my head about going abroad,” he said. “I have never left home before, I thought about staying in France in order to accumulate game time too.

“That is what made me a little scared at the beginning, but when I saw the condition of the training centre, I realised that there isn’t a better place for me to progress. It is up to me to prove myself, they gave me a 5 year contract so they must have confidence in me.”

And his talk with the Arsenal manager is what appears to have convinced him to join – especially as reports from June suggested he was on the verge of joining Man City.

“He told me that he was happy for me, that he thought I had the potential to succeed here.”

He also refers to Arsenal as “the most French of the English clubs”, so a little home away from home, perhaps.

welcome to arsenal lad….if arsene says it, then you better believe it, cos he has got it right several times

He’s been right every time, it’s just some of them don’t reach their potential.

“the most French of the English clubs”

Cue the times when the media would latch on this to accuse Arsenal of not developing english talent. They can’t say that now given that we have the core of the english team @Arsenal — literally.

And they will completely ignore the fact that that statement would probably fit Neuchateaux…uhh I mean Newcastle, more than us these days

Pardew has to be the most ironic of the accusers – remember his quip about Arsenal around the ’06 CL final? A few short years later, he was signing anything that moved in France.

I like the fact he joins us due to the French connection though we have a strong German contingent and a strong Spanish contingent, not forgetting our English core.

So we will get players attracted to us and feeling comfortable when they join from any of those places, mostly footballing strongholds that have won major tournaments in living memory (England you can argue about, depending how old you are).

And Chileans as well.

Arsenal’s French connection is what originally brought me to the club. (That and Arsenal not being either Chelsea or ManU).

The title comes across a little Daily Mail-ish.

Not really as the title actually gave you the general gist of what the piece was about.

The Daily Mail will produce a click-bait headline and then fill the column with absolute nonsense that has no connection to the subject.

And there is a clue in the URL that it isn’t the Mail (or similar) and is somewhere where they invariably stick to reporting the news.

But no matter the talent at the end of the day the player need to put his head down and work hard if he wants to realize his talent and make it to the top.

I would think every single one of the youngsters we sign got the oppurtunity because they got the potential to make it at Arsenal, alas only a very few manage to take the step up.

Good luck to Benaccer, may you go on to prove Wenger right.

I don’t know how many readers will have encounter the comedian Al Murray’s ‘Pub Landlord’ alter ego (well worth a look on YouTube), but after reading this article I couldn’t help but affine him shouting “French?! FRENCH?!” in a very agitated manner…

This is where i love Wenger. Really nice of him. I love French people and arsenal truely is the most French of all the English clubs

French of all the English club?

You know, smoking in the showers and the like.