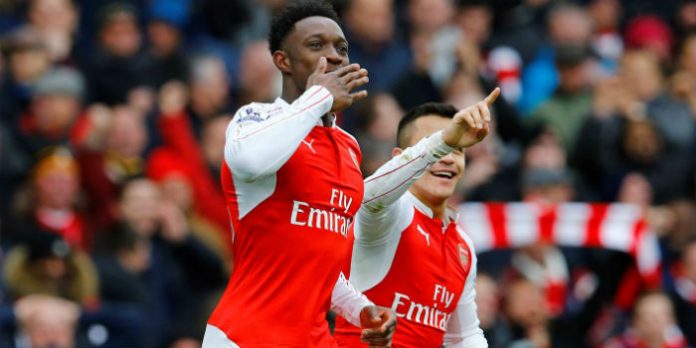 Arsene Wenger says that seeing how a player copes with an extended injury absence can tell you a lot about his character.

In fairness, the Arsenal manager would know as down the years his players have missed a combined total of 6 trillion years to aches, strains, pulls, tears, breaks, whacks, smacks, tweaks, and brewer’s droop.

Danny Welbeck is the latest to return from a considerable time out of the game, and Wenger believes he’s returning a stronger player and person.

“It’s always a good observation of character and the resilience of a person when they are injured for such a long time,” said the Frenchman.

“You look at how he resists the stress of not being able to play, how much he can respond with the effort he puts into his rehab, and how focused he can be every day when he goes step by step slowly.

. He is already experienced, physically he is back to his best, so I believe the best is still to come for him.”

Welbeck is in line for his first start since April 18th, when Arsenal face Hull tomorrow in the FA Cup. That came against Reading at the semi-final stage of last season’s competition.

“I might start Welbeck, I haven’t decided yet completely,” said Wenger, “but it crosses my mind to start him tomorrow, yes.”

Listen to commentary of Welbeck’s goal from all over the world in this week’s Arsecast.

Like that we are getting most of our key players back and buzzing for the close of the season. Contrast with Man U’s injury list, not that anyone feels sorry for them.

We will need players like Welbeck, Theo, Campbell coming off the bench and making a difference and trying to force their way into the side.

We definitely have a better squad than Leicester and Spurs, we just need to make the most of it.

Exciting times, let’s hope we can win the PL this year.

He is Well Beck Now!
Reply to  Arsene-al fan

All we need now is Santi.

When are Santi and Wilshere returning? I can’t wait. Arsene said it’s a matter of weeks as at last week. Guys don’t mind me; my impatience is just bubbling out. I really want to see those guys take to the pitch asap. A Cech – Bellerin – Mert – Kos – Monreal – Coq – Caz – Ramsey – Ozil – Alexis – Giroud first team; Ospina – Chambers – Gabriel – Elneny – Wilshere – Welbeck – Walcott – on the bench is as good a team as you would find anywhere in the EPL. No space for guys… Read more »

I expect nothing less from Dat Guy.

It would be fantastic to have him ready and firing for the Barca game. A quick look at their team’s average height makes me drool in anticipation(strictly from an aerial duels point of view). Their starting XI : Messi, Neymar, Suarez, Iniesta, Rakitic, Busquets, Dani Alves, Alba, Masquerano and Piquet (the only player with decent aerial ability). Oh and Ter Stegen who’s tall but I find susceptible in his high ball handling, doesn’t look too assured in them. We should be having a field day on set pieces, specially since we’re actually good at them now and have a huge… Read more »

If in the first leg we have a full squad to choose from (Wilshere and Cazorla excepted) and get a decent result, and if we have the same squad available plus Cazorla in the return leg, we will qualify.

This is my conviction. Over.

I think wenger will go with same formation like he did against bayern, with theo as a striker alexis left chambo or campbell right or maybe even welbz.

Remember theo alwyas had a great games against barca.

So happy he’s back – and what a return!

Hopefully we can all stay fit -fingers crossed- and play ourselves into some good form and challenge on all fronts.

Come on Arsenal, let’s do this!

According to Nassim Nicholas Taleb, “The resilient resists shocks and stays the same; the antifragile gets better.” So our Danny boy is basically antifragile, looking forward to Arsene quoting Taleb while describing Wilshere in a few weeks time.

As a person of Lebanese descent, I never thought the day will come where I’d actually enjoy a Nassim Taleb quote. I think it has more to do with it being in reference to Welbz than anything that pretentious “scholar” has to say.

Great to see him back and to provide another option for Wenger. Can do a good job for us at striker spelling Giroud or on the wing along with Giroud in there. Would love to see one match having a front three of Alexis, Welbeck and Walcott for a stretch (maybe to kill off a match with the other team pressing to score).

I hope he has a part to play against Barcelona too even if he starts against Hull.
Is it too much to glance another header into the net in the dying minutes against Barcelona that settles the first leg 3-0?
Alexis and Giroud get a goal each and Özil makes 3 assists.

Welbeck just might be the greatest joker card ever for this season!

We have the best squad in the league that’s for sure, now they’re all coming back to fitness hopefully we can use it to keep everyone fresh and on their toes as there will be someone waiting to take their place should they under perform. COYG

Can dat guy Welbz start against Hull and score a hat trick in the process, followed up by more good work in the upcoming league game vs Manure next weekend? Yes, please! LVG will then see for himself what he’s missing hahaha!

Is he having a pop at Debuchy here? His attitude is the complete opposite to Welbecks.

I think LvG would fail to see the nose in front of his face.

He is Well Beck Now!
Reply to  SWGooner

and he will blame Murphy law for that too..

I thought the same thing when he came off the bench on Sunday. He’s an absolute unit.

That is what you get from a good LANS (Sanchez, Le’Coq, Dat guy and hopefully Caz)

when i saw dat goal from dat guy i quickly believe dat da league is ours.

It’s interesting to see how much more jacked the players are when they come back from a long time out. Welbeck looks a beast now. And Ozil & Theo both packed on a lot of muscle weight during their recent lengthy absences too. Hopefully it helps Welbeck fight off defenders to create openings for goals a-plenty.

Right about Theo and Ozil, but Welbz was always a monster.
It’s extremely rare to find a quality striker with his size and speed. It’s like putting Giroud and Walcott into a blender, out pops Dat Guy.

So excited to see Dat Guy play for a longer spell. I mean, he’s scored a goal every five minutes this season so that means if he plays for just 70 minutes we should win 14-0 at least.

Good to have Danny Un-Wellbeck back at such a crucial time….and what a great winning goal last weekend!
COYG