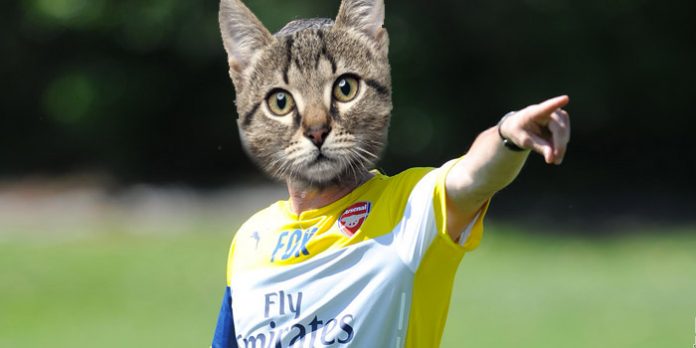 The Dutch FA (KNVB) have confirmed that Arsenal youth coach, Frans de Kat, will become the new coordinator of their youth academy in the summer.

De Kat – whose full name translates from Dutch to English as ‘French Cat’ – moved to London in July 2014, as part of compatriot Andries Jonker’s post-Liam Brady academy overhaul. He subsequently took over from Steve Larriman as coach of the Gunners under-18s.

De Kat has previously worked for the KNVB coaching under-15 and under-16 levels and has also previously held positions at Dutch clubs Willem II Tilburg, as head of scouting, and ADO Den Haag, as head of youth academy.

The departure looks set to spark a reshuffle at the academy. Kwame Ampadu, De Kat’s deputy at Arsenal, is rumoured to be taking over as Arsenal’s new under-18s coach and, in an exciting development, Thierry Henry could be handed a formal position on the club’s coaching roster as his assistant.

As is well-documented, Henry coached Arsenal’s youngsters while undertaking the UEFA A-Licence; a certificate he secured in March.

Should Henry’s new position be confirmed it’ll help the Frenchman fulfil the requirements needed to successfully complete his UEFA Pro Licence, a 12-month course, which in turn will allow him to manage a top-level European club.

So one French Cat leaves and another is lined up. Intriguing stuff.

Jazzy De Kat! I like the name ma man..

I would love to see Bergkamp come into the set up somewhere aswell. Maybe our strikers could learn to put away more of Ozils 10785 chances created this year, with dennis and thiery hanging round the club again

Introducing Steve Bould hasn’t helped our shambolic defending really has it! If only there were sure fire fixes!

Sadly, I have to agree.

It makes me very very sad to say that I agree. But then the question remains how ‘hands on’ and how much control he’s given to train them…

@Gooner-Al: Exactly. How much control did he have and how rewarding was he finding the job? Granted, the Dutch FA would probably be a step-up for any Dutch youth coach, but I’d still like to know if he has other reasons for leaving. The under-18s have certainly been getting better results under him – before he came they’d normally be found at the bottom of the table – but they’ve still not been doing that brilliantly relative to their supposed talent. Is there something about the culture with us that losing games is considered a morally superior thing? If so,… Read more »

Getting a better manager would do the trick

One of the obvious difference between Ferguson and Wenger – and it doesn’t reflect in Wenger’s favour one jot – is that the former always refreshed his senior staff every three or four years and made a real effort to relate to new ideas. Wenger by contrast is painfully insecure and desperate to control everything. Even worse, he’s allowed to ; and it does neither him nor us any favours. If he was more open to fresh thinking and less inclined to keep telling he knows it all because he’s managed X number of games, we – and he, if… Read more »

I hope Henry is a more eloquent coach than he is a pundit, he makes almost no sense.

Who would like Thierry Henry as their new manager as of 2017/18?

Arun
Reply to  A Gorilla

Guess you got your answer already!

Cheeky fiver for Thierry to become our next manager with a coaching staff that includes he of the effortless style, Mr. Pires, as well as Bergkamp.

Please god tell me why!

I’m glad to have learnt that his name translates to French Cat.

True; but there is room for one more to join the league of Pep, Simeone, Henrique, Blanc, Ancelloti, Conte, Mancini, Koeman, De Boer, Rikjard, and others.

I’m not sure it’s about players being good but rather them being them being forward/attacking. Most good managers are either defenders or your more agricultural central midfielder.

In your list, the only two with real flair were Mancini and Enrique (elsewhere, you could also add Guardiola into the mix).

I see what you did there, Blogs.

I’m surprised Arteta’s name isn’t being banded about for this job, or is he off to City already?

It’s also pretty weird timing that a few weeks ago we were hearing that he might either go to City or Sp*rs and now this comes to light. Would be amazing if he did get it!

It’s nice to see him getting himself into the Managerial scene. He could be a good manager or he could be a bad manager, time will tell. But, let’s not forget even as a senior player he was able to influence the team esp the younger ones very positively in his previous ‘close to retirement’ spells with Arsenal FC. He was so eager to come back despite his age and help out the club even as a player, and it showed in some of the games. So, I feel very positive about this whole thing and I am excited to… Read more »

I absolutely disagree he was a positive influence on the younger players, especially when he was captain when he was a disgrace. His stroll and point technique left a very negative mark with half the impressionable youngster choosing to adopt it.

It’s more like “French the Cat” so he’s a cat named French, not necessarily a French cat although he may be I don’t know his story.

I’r really love to see Arteta stay at the club in a coaching capacity. Him and Per have have proved to me that they have a brain to actually lead a team and point them in the right direction. They might be slow in the physical, but their mental awareness shows they are aware to events around them that few players can see. and I think they have the nous to translate their knowledge to a football team. one or both of them should stay as an understudy to le prof

I’m not gonna lie, Henry becoming manager of Arsenal and doing an anti-shearer and being amazing is the only thing that can quench my Arsenal thirst…