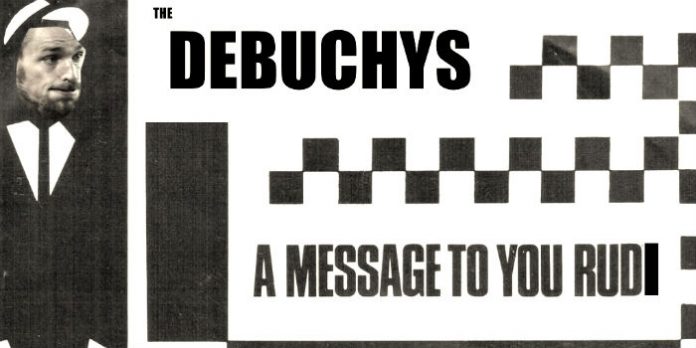 Mathieu Debuchy says he’s looking to secure a permanent move away from Arsenal in January and admits a reunion with Rudi Garcia at Marseille would be tempting.

The right-back, who played under Garcia at Lille before moving to Newcastle, has been tipped as a possible target for the Stade Velodrome outfit who are currently labouring in sixth position in Ligue 1.

On the subject of his future, Debuchy told L’Equipe that he’s waiting on his representatives to report back with a firm offer.

“Honestly, I do not know what will happen,” he said. “I told my agents to come back to me only if there was something concrete.

“Afterwards, Marseilles, it remains Marseille. Although the results have been a bit difficult, it remains one of the biggest clubs in Ligue 1. What’s more, there’s a beautiful project that is being set up with a coach that I know well.”

Debuchy, who is currently sidelined with a hamstring problem picked up in his only appearance of the season against Bournemouth, spent the second half of last season on loan at Bordeaux.

He added [translation by Get French Football News] that a return to France, but not Turkey, is something that he’d enjoy: “No, I am not [against returning to France], the proof is my time at Bordeaux, which I enjoyed enormously.

“You have to see what presents itself. I have a family, four children, that comes under consideration. And that is why, for example, I have not followed up some contacts in Turkey.

“I would prefer a straight transfer but I am only an employee. If the club says no to me, what can I do?”

There was also a word or two about his relationship with manager Arsene Wenger which has turned somewhat frosty since he was denied a move to Manchester United this time last year.

“Before my loan to Bordeaux, I was often in his office,” he noted. “But now, I have not felt the need to, I do not want to… We greet each other, we say hello, nothing more.”

Slightly nervous about letting Debuchy and Jenks leave in January, which seems a possibility.

Perhaps we’ll look to bring in a good solid back-up for Bellerin once we free up the space.

Granit Coq through the middle

Debuchy has spent majority of his time at arsenal trying to leave rather than trying to fight for his place.

A Different George
Reply to  Granit Coq through the middle

I don’t think it’s unrealistic for him to think that Bellerin, if healthy, will be Aresnal’s first-choice right back for the remainder of Debuchy’s career and that, although he (Debuchy) is a very good player he will never displace Bellerin no matter how much he “fights for his place.” If he believes that, and if it is true (and it surely is true), then perhaps we should not criticize him so heavily for refusing to take his very large pay to play in the League Cup, dead-rubber Champion’s League matches, and the occasional Premier League match when rotation is desperately… Read more »

Stop your messing around – although its time for him to think of his future.

Hard to believe anything these days.
I mean he knows he is the no2 rite back at the club, and at his age, “new projects”, are a load of bollix, from a playing point of view. So i bet he stays…….and id like him to…….
Saw his performance (albeit 25 minutes) against Bournmouth …….best player on the pitch (slight exaggeration), but really , really good all the same.

Course if he is a twat, then he probably does want to leave!!!

I believe he may have done enough twatting to prove himself a twat.

not again .. the story is getting a bit old
keep him till summer and then sell him while getting another right-back, who wants to fight for the place with bellerin (which is going to be a tough fight)

Gabriel did alright there. The other CBs can play LB or RB too.

Not sure anybody half decent is going to want to play second fiddle to Bellerin so perhaps that’s the best we can do.

Come on Depussy grow a pair!

Ooh, uncanny. Saw your post moments after I left my own.

Just get a room plse!!

been a nightmare this guy, very poor attitude given how little football he has actually been able to offer us

Makes me think of propagandhi’s Ska sucks… “a message to you rudi… fuck you rudi…”
But Debuchy is becoming a cancer with this nonsense. Let him go if he’s going to whinge like a child while earning millions a year being injured.

I feel sad for him after reading this, despite everything.

Why sad? he’s being paid millions to do what he likes at a top club. Yes, he’s been unlucky with his injuries but that is part and parcel of being a top athlete.

His mindset has been very poor though and instead of fighting adversitiy he has been wallowing in it, blaming others for his lack of success, not to mention creating a bad atmosphere at the club.

Feel sad for people in minimun wage being exploited but not for a multimillionaire athlete with a sense of entitlement.

Money ≠ Happiness
At this point, Debuchy just wants to play football. I sympathize with that I really do. But it’s not Arsene or Arsenals fault that he’s not playing, he’s just always fucking injured and it’s pretty shitty of him not to acknowledge that.

Guys, please cover the Nasri drip doctor story. Many laughs to be had.

No, it’s grotty and not the kind of thing we’d be bothered with. Plenty of other low-rent outfits to read that on if you want.

I wasn’t suggesting a straight laced humorless account of events as is the case elsewhere. More of an Arsenal Gent commenting on recent events in Transylvania where Nasri conducted a blood sacrifice to the evil vitamin vampire sort of thing.

He should have never got that Mohawk haircut, it has been all downhill since then.

Understandable. Really unlucky with injuries since joining and is a quality left back. Any professional wil want regular football, and a move likely solution. Gabriel good cover for Hector so if he & Jenkinson go, then should be fine.

You should win an award for the headline and image.

He would probably start matches if he gets fit again as Bellerin can’t play every match and Jenkinson will have to improve miraculously in the training to stand a chance of even making the match day squad. Jenks the more

He’s never been settled which is part of the problem. He’s a better player than Jenkinson who lacked technique. But he never seemed fully committed and when he did come round, he gets the old Arsenal injury. May as well move on. I think Rback alternate to Bellerin is Gabriel. When Mustafi comes back AND with Per also working in (not to mention HOlding), we are quite stocked with Cbacks. When Chambers is done with his loan, we can also re-assess if he is graduated to the middle or if should he revert to Rback. Plenty of options. Debuchy and… Read more »

I can wait to see the guy’s back.

Get him fit and hungry for one last match against stoke and give him the run out to say ‘hi’ to that punk Arnautovic.

We’ve got Hector now, and that’s beautiful. Despite how hard it is to hear Debuchy put some of the statements out he has, I feel for him because his run was cut short by the lesser skilled orcish cousin of a poor man’s Ibra wannabe, and it never recovered from it.

I guess Debuchy is an external solution that Wenger regrets a bit. It made a lot of sense when Sagna left. However it didn’t quite work with the Arsenal injury curse.

Also, I guess even Wenger didnt expect how quickly Bellarin established himself as 1st choice RB.

Fuck this guy. Sick of his moaning.

Time to start looking for another RB to help bellerin. Jenks just doesnt seem up to it.

Would be hard to get quality knowing they will surely play second fiddle to Bellerin.

I felt bad for Debuchy years ago when he kept getting hurt in unfortunate ways (or banjaxed by orcs, which is beyond unfortunate). But it’s hard to feel sorry for a guy who only ever seems to say “yes I want to leave” over and over and over. Arsene isn’t known for keeping players against their will, the fact that he hasn’t left yet suggests that nobody wants to pay wages comparable to what he’s on now (and I wouldn’t either, given his record).