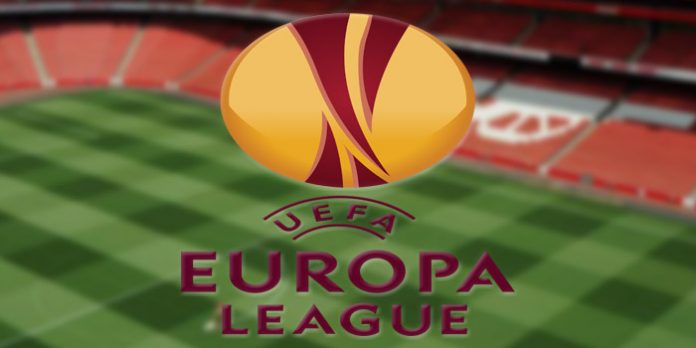 Arsenal have named their Europa League squad for their first crack at the trophy since it was rebranded from the UEFA Cup.

The opening game is next week, a home clash with Cologne on Thursday, and the team the manager picks for that game – especially with a trip to Stamford Bridge on Sunday – will be quite interesting.

Would love us to have a real go at this competition. Would be nice for a decent European cup run! COYG

With the way we started the season, we better win it to qualify for the CL. Plus, we are good at winning secondary trophies.

What has happened to Iwobi?

He’s in the squad in the forwards section.

Join thhe is in theree discussion

Whatever happened to Zelalem?

Not sure we’ve got enough goalkeepers for these matches…

I can hear Gunnerblog’s voice: “Got enough keepers?”

I can see the headline now:

I can see the headline now:
“All Arsenal Keepers fit, holding to play between the posts”

We’re Arsenal. Anything can happen. Next May, we’ll might be greatful for Hugo Keto.

Some of them may play at CB

Nah. Left side of midfield.

I’m not raising my hopes at all cos as it stands Arsenal can only win FA CUP, come on Stan Kreonke is still the President, Gazidis the Chief Executive Officer, and Arsene Wenger the Manager, this guy’s make up the list of the most confused people in football.

Surely we’re calling him Admiral Nelson? The Admiral for short?

Hope these youngsters can really give it a go.

Why not see how Wilshere could work in the midfield? The EL seems a good place to start…

If you’re an arsenal player and not on that list you know it’s over. Like over over.
Except you’re Santi. Special rules apply for Santi.

Good to see Nketiah in the squad. After all this is European league cup.

Arsene didn’t have the handbrake on while deciding on the size of the squad. LOL
On a serious note, hopefully we treat it like a real important tourney and not a lap of honour for 10 youngsters or so.this tournament gives us a bloody good chance of winning something…and now I am waiting for Arsene to kill this optimism when he fields Coquelin as a no.10, with Ozil playing as ball winning defender

With three at the back, we don’t have a #10, just a new way of wasting ozil on the right.

Ah, the Lesser Spotted Matthieu Debuchy. Rarely seen in the wild these days.

A few names I don’t recognize. Was looking out for your usual ‘joke’ names.

I had to google Charlie Gilmour – turns out it’s a real person and not the son of Pink Floyd’s David Gilmour (he’s also called Charlie and got nicked for rioting a few years back!)

Have we got enough keepers?

I wonder whose position is up for grabs this time; maybe Hugo Keto as a right wing back…

This is our best hope of getting back in the CL and should be treated as such.

Jesus, there’s enough players there to contest the Europa League, Olympics and Eurovision all at once.

Would put bfg in to talk the game through to the kids , and Walcott to push back the other teams back four as we Are at home and give jack space to pass ball around in. Plus theo and giroud have a lot of European goals between them

Theo and Oli are beautiful together

I wouldn’t mind using the competition to experiment whether or not we are ready to revert to a back four yet, line-up wise i’d play it safe – experience in defensive areas and let the kids run riot in attack.

That would leave a pretty frightening front three sat on the bench in case of emergency:
–Walcott———Lacazette———Sanchez—–

Whilst also having Elneny’s energy ready to sub into midfield should Jack or Ainsley start to wane.

It’s Chelsea after that game, I’d play Debuchy in place of Bellerin

That appears to be a very strong squad laced with youthfulness and hard core defence. I agree completely with your selection.

If we take it seriously? This should be a competition we’ve a decent chance in. The problem is the lack of quality depth in Midfield or Defence. Playing Thurs-Sun is no different to Wed-Sat which we’ve done for many a yr. But trying to make up points in the league by playing a fresh side in the PL might make sense? particularly as I think we’re a long way off in terms of quality and balance to other teams this season. It shouldn’t be this way, but unfortunately we’re regressing and this is the reality of our situation. Arsene usually… Read more »

Sacrifice the league? Your wish has already been granted sir.

With all the crap over the last week, I quite like this squad for Europa. Hopefully this means some searious action and bedding in some of the younger players into the main squad, and a chance to put out some positive results. Really hope we push to win the competition.

Wish to to see Nelson in the starting 11
This guy has a talent.

I have a talent too, unfortunately it’s not football, but sleeping in loud environments.

Breaking news….arsenal name everybody for their europa league squad

Lol, yeah, not so much a squad, more like everyone who was at training the day they asked.

Does anyone have any information on where to go to watch these games in the States?

https://www.arsenal.com/usa/news/features/where-to-watch-arsenal – Fox Sports has all European comps in the U.S.

Most sports bars will have it. If you really don’t want to miss it then just go to a Buffalo Wild WIngs or some chain type sports bar (they suck I know) and they are guaranteed to have it and put it on at least one TV for you. Otherwise every moderately sized city will have a “soccer bar” where there should be a better atmosphere than disgusting Buffalo Wild Wings!

Thanks to both of you!

Would like to see this as the lineup in most games

Would love the Nelson-Iwobi-Ramsey-Nelson midfield with Bielik covering behind them.

So we named everyone currently employed by Arsenal? Pat Rice must be gutted he isn’t on the list haha

I enjoin Arsenal fans not to raise any hope of winning the Europa League .Arsenal has the players to do it comfortably but somebody you know lack the managerial acumen and technical savvy to lead Arsenal to win it . Wrong players will be picked for crucial matches, good players will be played out of position and the clueless one will avoid the technical area like plague but that is where other managers micro manage matches to get the desired results. Wenger as he is now can not lead Arsenal FC to win any major trophy no matter the caliber… Read more »

Too bad we can’t get a Europa manager/coach squad like the playing squad. Lehman to be head coach/manager with Per along side him, say.

I don’t agree with it but knowing Wingers style he is probably gonna try and introduce Reiss Nelson in the first team. I can’t lie he is a talent but I still don’t agree with letting go of Ox. We have a little bit of hope So jack might provide so good performances but this Arsenal team is still full of doubt.

Well, he’s gone so disagreeing is a fairly pointless exercise. Plus, it appears he was becoming disruptive so it was probably best to get him out. And, watching the England game on Mon, I’m not entirely sure it was a *terrible* decision… for £40m!

Yeah, he’s hopeless in centre mid, going to be interested how long klipperty will stick with him there for the scousers.

It was interesting watching him play for England as a non-Arsenal player. Still wanted him to do well, still excited by his speed, energy and skill, still frustrated when he overruns a simple dribble thru midfield or runs the balls out of play. It will really be interesting to see whether Klopp and his team can “coach” him over next 18 months to improve in those areas.

Most Arsenal fans are feelings bad because of the management the fans have to be happy because they are taxpayer too.

Anybody notice that our midfield is less exposed with Elneny than it is with Ramsey …yes Elneny and Xhaka works better than Ramsey and Xhaka….Elneny is more disciplined and keeps it simple.

1000% agree. Ramsey is better as Number 10 (backup to Ozil, or rotate based on opposition) or even as right winger in 4-3-3 like a couple of years back.

Delighted to see Tolaji Bola and The Jeff included in the squad.

Odd to see Debuchy, but it’d be perfect to use him to save Bellerin for the league.