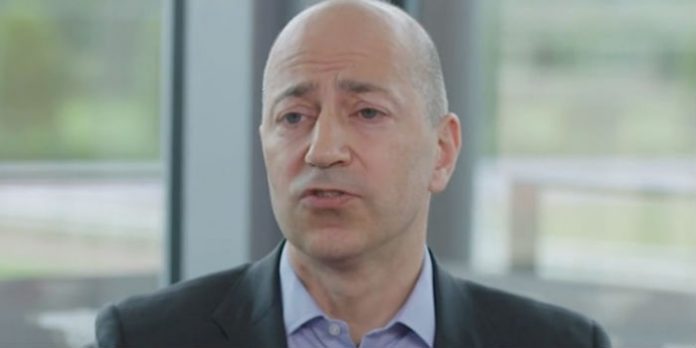 Arsenal’s chief executive Ivan Gazidis has been appointed to the UEFA Executive Committee for the coming season.

The 52 is on the board of the European Club Association (ECA), and via their website comes the following announcement:

The UEFA Congress will ratify the two ECA Representatives’ positions within the UEFA Executive Committee at its extraordinary meeting to be held on 20 September.

According to Wikipedia, the ECA was ‘formed in 2008 to replace the G-14, which comprised a small number of elite clubs and was unrecognised by UEFA. The ECA’s mission statement is “to create a new, more democratic governance model that truly reflects the key role of the clubs”.’

So, they’re essentially a committee that represents the interests of football clubs in UEFA. If you’re curious about what they discuss at their meetings, the latest one says:

Much of the focus of the discussion centred around topics such as the transfer system (incl. the length of the transfer window), the future of Financial Fair Play and the European club competitions concept 2021-24. It was agreed, that further discussions will be held on these matters to develop an ECA position following which it will be shared and discussed with the relevant stakeholders of the professional game.

Basically, it sounds like they talk a lot and do f*ck all, so it should suit Gazidis down to the ground

Supporters and Premier League unite in opposition to UEFA reforms

I used to sort of like Ivan, but I literally have no clue what he does anymore or how he has any role in anything. I genuinely think the man could get a role at a university, perhaps in chemistry because he known to specialise in catalysts.

I was on the fans’ forum panel as the 16-21 representative about 5 years ago and it became apparent that he had no intention of taking any of our concerns seriously after the first meeting. He had a talent which was as equally infuriating as it was impressive that throughout the hour meeting you’d think you were having constructive discussions yet as soon as you’d left you’d realise you spoke of absolutely fuck all of note whatsoever. And if anything he’s honed this skill the past few years.

Exactly my impression since seeing him address an AISA meeting some 8 years ago, and annualy thereafter

Wenger would be a great asset for UEFA / FIFA. Wenger is very strong in ethics.

Then the champions league and Europa league would become a cluster fuck.

It would at least be more fun to watch than the current Messi/Ronaldo dick sucking it is.

No one really
Reply to  Clins

(blame Google for the translations)

The 52? Sounds like Ivan is really agent 52 from Hitman!

Or the Greatest CEO That Ever Lived.

Hopefully he can do something useful at last. Such as pushing through a rule change that sees teams qualify for the Champions League in alphabetical order only. I’m sure Barcelona and Chelsea will support it.

Witty comments are so overrated

It’s good that Arsenal has a voice at the top of the game. Unfortunately…. I have serious doubts on our ability to compete there on the pitch? as we’re going backwards at an alarming rate. Gazidis has to be the only CEO on the planet who is outranked by the General Manager. Completely bizarre situation. I’ve said for a long time, our biggest problem is the owner. He’s put in place a board who have little say, and are simply there as a reward for selling him his shares and backing him during the takeover. A CEO who’s had a… Read more »

This utter bell end is one of the main causes of our current laughable plight. Letting players run down contracts and not selling them, not negotiating and buying players we clearly need and then trying to sell players unsuccessfully. This fookin eejit needs kicking out the club along with dick (head) law – what a shambles he has allowed to develop, should be well suited at UEFA.

Why do people constantly go on about Kroenke not investing? Sure, he could do, but that’s not his responsibility. That’s what retained profits (you know, all the surplus we rake in every year) are supposed to be for: reinvesting.

The issues with Kroenke are that there is seemingly no leadership, structure, planning, performance appraisal or proper corporate governance mechanisms in place. The board also seems to be rendered impotent as he has so much power and by the sounds of things he doesn’t listen to their opinions on anything.

His mother must be really proud of his achievements.

Does that mean we get a by to the final of the EL?

Obviously, they need a catalyst for change at UEFA

Please take up a permanent role with Uefa and kindly piss off please Mr Gazidis.

P.S Take Kroenke with you 🙂

Finally, he has a full time job to fill the hours he spends twiddling his thumbs behind his Arsenal desk.

that’s it UEFA give the idiot more money he’s already stealing a living at arsenal.

Nicking a fucking living. The cunt.

Watch him get knocked out in the first round of discussions!!

You killed it
ROFL

He’s taking his flim-flam machine on the road! Hopefully he presides over the disintegration of UEFA as well.

They will discuss how he shines his slap head!

When I first saw this story I assumed they had appointed him as a door stop or coat stand, because that’s about as much use as he can offer

Just what we need. Another slimy, slithering cunt in eufa.

There is bad news and irrelevant news and these are latter. Watching The Office for x100 time is so much more fun than watching Arsenal for last five years. Same nonsense but no fun.

Perfect appointment for UEFA. Looking for someone to: do as they’re told, tow the party line, expert in defending the indefensible, someone who will never rock the boat, is all talk & no action, happy to simply collect a bumper paycheck, & expert in the dab / dark arts of PR spin – then Gazidis is your man.

Great news! Does this mean he’ll be leaving the Club? Hope so. When we said we needed a clear out in the Summer, we didn’t mean the players, we meant Kroenke, the board and Gazidis. Would have saved a lot more money than getting rid of the players as well.

In a positive note, perhaps having Gazidis in the halls of power can elevate our commercial influence. Couldn’t hurt right? Threw up in my mouth just a bit.

Ivan, sort your own club out before you start moon lighting.

He knows fuck all about football which makes him perfectly qualified I guess. Gazidis Out #GO

Gazidis Autobiography should be called “How to nick a living”

Does this mean he is leaving us?

Kanu can do but Satra is smartra

Can we change the locks to his office while he’s away?

Actually you don’t really need an office to be useless do you?

Back to the drawing board then….

The most executive idea I’ve heard all day. Executives Committees need executives cause if they don’t have executives everyone will die and the Earth will fall into the Sun.

This says it all ….
https://youtu.be/YawagQ6lLrA