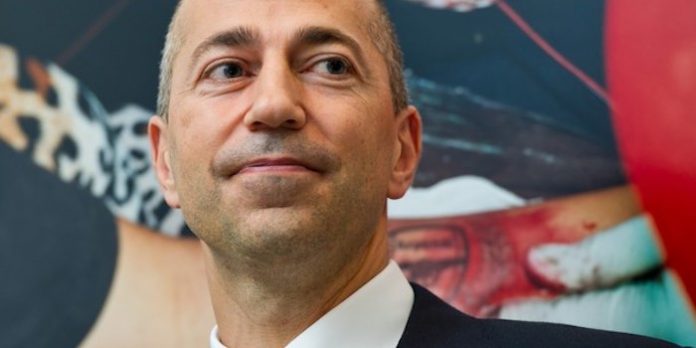 Ivan Gazidis met with fans at the pre-arranged fans forum at the Emirates today, and denied that Arsenal as a club are ‘going backwards’.

The mood was described as generally good but ‘heated’ at points, and from our pal Sam (@the_cannon), come some of the bullet points from the chief executive.

Gazidis said he wished he could speak to fans completely openly over a beer about the club but obviously he can’t. He stayed for an hour after the meeting talking more candidly with a few that stayed behind.

Is this for real? Or is it a lesson on wit?

That’s a joke, right? If not, I’d hate to get on the wrong side of that guy.

I rather suspect that Wenger likes Perez now he plans to cash in on Sanchez.

Gaz…Gazidis..? Who that? Nope, never heard….

No excuse for this not being heated,
the embarrassment at the top of this club just pushes down (not aimed at any one person)

Gazidis is smooth.. fair play to him for coming out.
I’m not suggesting he’s competent.
But has the art of talking without actual saying anything nailed down.
However if he genuinely thinks we’re not falling behind?
We’re in a world of bother.

A win against Bournemouth will paper over the obvious cracks.

What do you want them to do, lose and lay bare the obvious cracks?

He knows sweet FA about football and does nothing for $3 million a year, there aren’t any sinecures that attractive so he won’t go unless he’s pushed. Can’t believe he fools so many with his silver plated tongue. Gazidis out.

At the very least he should admit the club aren’t moving forward and keeping up with the big boys.

By not going backwards: Did he mean we are not getting back on defense? If so I agree.

One of those guys who prefer communication over actually achieving things.

Gazidis masterclass at fans away

Maybe we are not going backwards. But we are going sideways which isn’t good enough especially after finishing 5th.

Get out of our club.

‘Nothing to see here, move along’ Sod off Ivan

I can’t stand that dry lunch!talks a hell of a lot without saying anything, infuriating fans in the process!

And there you have it

Nothing
Nothing has changed at all

The Perez one is a fucking belter. Dropped him after scoring a hatrick then took his shirt number away leaving it to his nan to tell him when she read it on Teletext. BUT HE RATES HIM!!!!!!!!!!!!

Unbelievable stuff from Gazuseless, the words of a man who honestly thinks our fans are retarded.

In fairness, many of them are pretty thick – and those who aren’t tend not to rant on social media.

“Loaning players isn’t always why you read it is. It can be because we still rate the player or think his value could increase. Wenger likes Perez.”

Tell that to Chez.
This is bullshit anyways. If the asking price was met, he would’ve been sold.

“Alexis was a football decision over finance.”
I don’t think Ivan is aware of the Ornstein link.

This guy is as slippery as a politician, and I trust him just about as much as one too.

We ant to win Europa. So were playing our shit players.

Either they think we (fans) are stupid or they genuinely think we are doing well as a club. I’m not sure which is worse to be honest.

Bloody liar the club don’t needs people like you piss off.

after this years complete bollox up with players contracts the managers contract and making 27 gillionz in the transfer market and still 2 players short of competing seriously for the league Gazidis thinks everything is rosie blah blah we are 3 forward and 2 back as usual. i suspect if perez does well this year he will come back with sanchez on the move and looking like Ozil will be hounded out by the so callled legends, fans, journo’s and match of the day pundits. then we get to next year and 5 or more players on one year deals,… Read more »