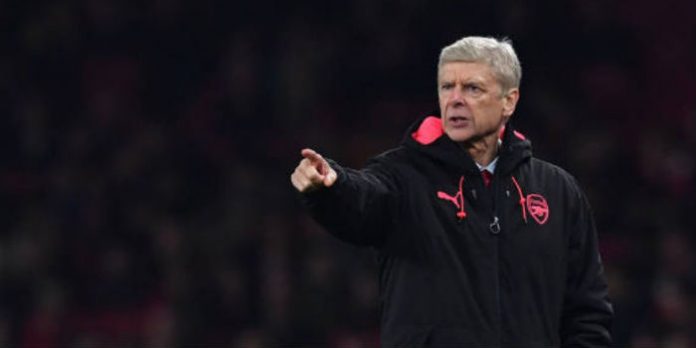 Arsene Wenger admits Arsenal’s second string were not at their best against Red Star Belgrade even though they secured the point that ensures safe passage to the knockout stages of the Europa League.

The Gunners were booed off the field by some sections of the Emirates after a drab 0-0 draw but having avoided defeat, qualified with two games to spare and with a clean sheet for rookie keeper Matt Macey, it wasn’t all bad.

Speaking to BT Sport, the boss reflected: “We’re a bit frustrated because we couldn’t score, but overall we made the essential. We lacked a little bit sharpness in the final third to make the decisions.

“They always looked dangerous on the counter-attack. As I said before the game, it [Red Star Belgrade] is a good team. They played well tonight.

“We want to win all the rest of our games. I believe we’ll have a similar squad, we go to Cologne and finish at home so we want to win the last two.”

On the reaction of some in the crowd at full-time, the boss added in his press conference: “People supported the team [even though] in the end they didn’t see goals. They’re not used to not seeing goals at the Emirates [it was the first goalless draw since October 2016].

“For us ,it’s frustrating as well that we don’t score but we understand as well that there are many young players in the team and playing these types of games is part of the learning experience for them.

“We made four games, 10 points. You could see tonight that it was a very intense game.”

I am still a firm believer in this rotating system playing with two sides. I think it will pay off later in the season. This Belgrade side is quite all right but shouldn´t have troubled us at home. They acted out as they´d won the game, so their mission was a classic Mourinho 0-0

Learning is an everyday vocation as you would find my friend. We die the day we stop learning!

Wow
I think I’ve listened to Arsene so much

We held a decent team with a selection of youngsters, old hands back from the wilderness and 3-4 regulars for nigh on 100 minutes. Goals would have been preferable, it could have been prettier but we got the job done and key players were rested pending stronger opposition. Is there really anything to complain about?

I completely agree with this. The booing was disgraceful considering that a team with 4 academy players got us through to the round of 32 (and not just in this game). Whats with the entitlement? Support your team.

I’m happy with the result, the young lads would have learnt much more from this game than if we’d thrashed them 6-0

It’s sad that some fans felt it was appropriate to boo the players off the field. That sort of entitlement, I cannot understand. Maybe after seeing Sp*rs beat Madrid they think we must win every home game to show we are better… Sad really

The B team may have been getting the results but just doesn’t feel like a functioning unit. There’s really not a lot of flair/creativity in the side and a lot of pressure of Jack to pull the strings..

The trash at Spurs beat RM and we can’t even topple Red Star. Depressing but meh, shit mickey mouse tourney anyway. Can’t draw too much from it I guess.

Totally, i hated that neither one of sanchez, ozil or lacazette scored or assisted. Not even a shot taken. Pathetic performance by them.

I long for those days when our B teams were mainly an exciting glimpse into the future – Carlos Vela, Fran Merida, and others, made us dream – in the Carling cup years. Now we have a bunch of oldies without any element of surprise and a few youngsters.

Whats the go with this booing rubbish. FFS its our 2nd string side, youngsters learning. Some fans…..

The hardest thing about supporting Arsenal is that it means you’re and Arsenal supporter.

So i think with a team like that it’s a fine result.

Wenger is just a shite coach. So our game is always gonna be shite regardless if the opposition or the talent at his disposal. Watch him over the course of his left over 2 seasons, drill the talent out of our promising youngstars (Nelson, Maitland and co) by playing them outta fucking position. Those kids are gonna stagnate as long as he keeps them out of their normal positions which we all know he is gonna keep doing coz he is so predictable he is a joke. It’s bleeding obvious wishere should be starting ahead of Ramsey in the league… Read more »

Did they let you stay up late to watch it then?

In the context of the city game, I ll take the result. We qualified with no injuries to Giroud, Wilshire who may be required for Sunday game

Worth pointing out that Red Star’s finishing was shit.

The lack of perspective is shocking… Booing after a clutch of academy players have successfully navigated the group stages of a European competition ?? What the hell is that meant to achieve?

Sure, I was as bored by the performance as the next man, but the learning experience was invaluable. And the sight of seeing a prospect like Reiss-Nelson try to take on half their team? or the young keeper Macey tip a chance onto the bar when the stadium thought they’d score?

Can’t get mad at that and call yourself a supporter of The Arsenal.