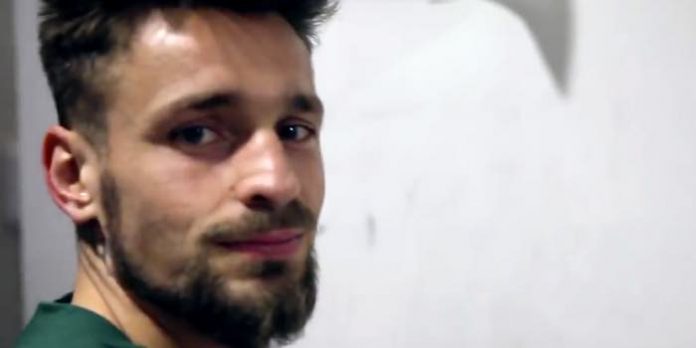 It has been confirmed that Mathieu Debuchy has left Arsenal to join Saint Etienne (the football team…not band) in a permanent move.

The France international was signed from Newcastle United in July 2014 as a replacement for Bacary Sagna only to endure an injury-ravaged first season at the Emirates.

A bad ankle injury followed by a dislocated shoulder left him sidelined for months. In his absence, Arsene Wenger turned to Hector Bellerin and the Spaniard has been our first choice right-back ever since.

Debuchy’s reaction to his change of circumstances was to push for a move. Arsenal turned down a bid from Manchester United in January 2016 before allowing him to join Bordeaux on loan. He’s since been linked with a number of clubs but his high wages have been a stumbling block.

It’s believed that Arsenal have let Debuchy leave for Saint Etienne on a free transfer despite the fact he’s still got more than a year left on his current contract.

He leaves the club with just 30 appearances to his name, 15 of them coming his first season.

Puel: Saliba to miss out on Coupe de France final

Too Drunk For Offside

Like the clearance sale. Lots of space on the wage bill cleared up.

Amy
Reply to  Too Drunk For Offside

Rob
Reply to  Too Drunk For Offside

They did the right thing

Ozenal
Reply to  Too Drunk For Offside

Clear out is good, but we need replacements too. Sign up a DM and Defender!!

Debuchy isn’t bad at crossing, I’m sure he will put himself in the shop window for the French National squad in France.

Pity it didn’t work out. I thought he was decent before he got injured.

Yep he was unlucky

I was very glad when he signed and if it hadn’t been for that bad tackle he would probably have been a regular. I hope he does well in France.

This is such a massive squad culling.

This is the kind of thing that only happens when a new manager comes in.

Or a power shift and new transfer people?

Lets hope he’s on the way.

We’ve been asking for a clear out, starting to look like we got it.

And I’m liking it ! Good riddance I’d say . I don’t care if he was half decent in the league or europa cup. all that complaining and petulance over the years negatively affected the squads overall morale

His time at Arsenal is probably one to forget. Not a bad player but injuries, a lack of playing time and ultimately his poor attitude led to him falling way down the pecking order for both club and country. In the end made an ASSE of himself.

Good riddance – you were useless and had an awful attitude

12m quid down the toilet.

One of the worst piece of business by arsene although admittedly the injury then the players own attitude in coming back from it to compete with Bellerin was equal problemt if not more.

This is the problem with a Mhkitaryan. At 28/29yrs, an injury here a dip in form (lack of success due to confidence issue) and we are stuck with the player (on a high salary…thanks MSlintant) for another 3 to 4 seasons with impact to our purchases coming in.

Just a normal day for santori.

Is there a way you can just focus on what he post is about?

In your world Mhki is past his prime? Mahrez could be had for 40-50M? LOL

A P
Reply to  caligunner

He must be Mahrez’s agent or something.

Yep when will the site add up all of Whingers DROSS signings & the money he has lost the club. Come on Wengerites add them all up

You can make a comparable list about Mourinho, Guardiola, Ancelotti or any top manager too. Just google it. Say what you want about his abilities to manage right now, but if it wasn’t for his savvy buys in the early years we’d be where Aston Villa or Leeds are right now.

Have we got a new decisive transfer bloke or something? 🙂

But this is the good kind of strange

Well in this new era that probably means we will get him in the next few hours!

Even 12M would be too much, not sure what they are on about at West Brom. I don’t think Evans is the answer, personally would be glad if we don’t spend on him, would rather handle the defense in the summer.

Same goes for David Luiz – Xhaka 2.0, I guess would be a bit of good banter for the Germans in the team.

Still 4m too much for Evans. Since when did he become better than what we’ve got

We’re losing Per in a few months and Kos has dodgy archilles.
Evans is available. There’s a lack of top quality defenders out there

Wow! Another one! Who the hell is going to play in the Europa league at this rate?

Shame… tho his goose was cooked when Most wingers found they could simply cut in and pass debuchy on the left hand side.

Rumour has it he’s in the middle of a 5 year apprenticeship, learning from the legendary Vic Akers.

Good player whose Arsenal career was ruined by injuries. He deserves a break and I hope it goes well for him at his new club.

I made my peace with selling Sanchez, Giroud, Walcott and Chamberlain to four of our rivals but this is too hard to take. I’ve not been this sad since Stepanov left the club.

And Manchester United are losing …

this was a good day

There’s still a lot of football to play, and this leaves Hector with pretty much no backup. (I’m not counting Chambers – he isn’t mobile enough for RB and has never looked right there)

I get that we want to use his wages elsewhere, but I’m worried that Hector will get run into the ground.

I remember ramsey playing v well at rb, away at Sunderland after jenk, sent off a few years ago. And ramsey can cross a ball

thats pretty true. i remember too as well. he did perfect.

So who is the backup right back now? Has Gazidis given up on having a balanced squad. It’s clear Wenger isn’t allowed to choose his transfers anymore. So without Raul are we giving up on this season and making a clear out for a new manager this summer or (cynical one here…) is it just we are Penny pinching again now we have made a Hollywood signing. Trust in this board has to be at a low looking these past few years. Failure to resign manager and players has caused untold problems. And now we selling to rivals and thinning… Read more »

Good all around. Sorry things didn’t work out for him here, but…Hector!

he was not that bad to go on a free. but understand the wage bill clear up. best of luck Mat; it was not meant to be.

Roll on the summer because we look pretty short on players in midfield, hope the club have a plan.

Really shitty luck for him, I feel for the guy.

More importantly though, christ am I sick of obnoxious transfer announcement videos from clubs