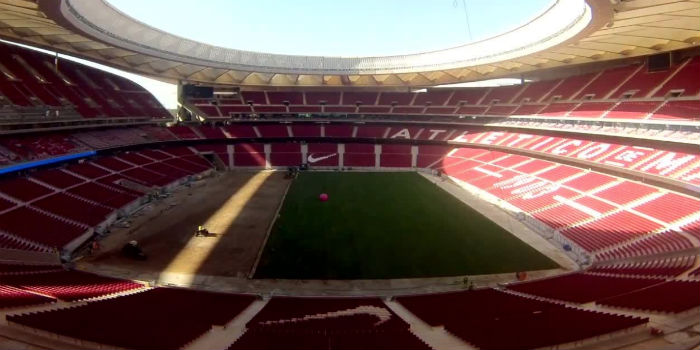 The Arsenal Supporters’ Trust has called on Arsenal to complain to UEFA after it was confirmed that the club’s travelling support will have to pay £79 to watch the Gunners take on Atletico Madrid in the second-leg of their Europa League semi-final.

In contrast, Arsenal have capped the ticket price for Madrid fans visiting the Emirates on 26 April at £36.50, less than half the price.

When Manchester United supporters raised a grievance at the price of tickets for their away game against Sevilla in the Champions League earlier this season, the United board opted to subsidise the travel of their travelling support with funds raised by increasing the cost of Sevilla’s tickets for the return leg.

A statement from the AST reads: “The AST believes these ticket prices are outrageous. We have already contacted Arsenal and asked them to address this. We will also be writing to UEFA.

“Arsenal do have a good record of looking after their loyal away fans and we believe they must address these prices before being purchased by fans.”

This was followed by additional comments on the matter via the organisation’s social media channels:

“AST believes these ticket prices are outrageous. We have already contacted Arsenal and asked them to address this. We will also be writing to UEFA.

“We’ve let Arsenal know of the fan reaction to the prices set by Madrid for our fans attending the game. In what is a fairly expensive trip close to a bank holiday weekend, it would be great to see our club do something to help those travelling.

“Arsenal have set the game as a Category B which is good value for the Madrid fans and we would expect the same in return. Many of us are making the trip and feel strongly about the issue. Come on Arsenal, let’s help our loyal away supporters out here.”

It remains to be seen whether the club will respond. For the record, Arsenal provides an additional £4 discount on all away Premier League tickets, in addition to a Premier League-wide away cap of £30 – meaning away match tickets have been £26 throughout 2017/18.

We were before stan got in and it seems ranches are more important than Arsenal and us fans.