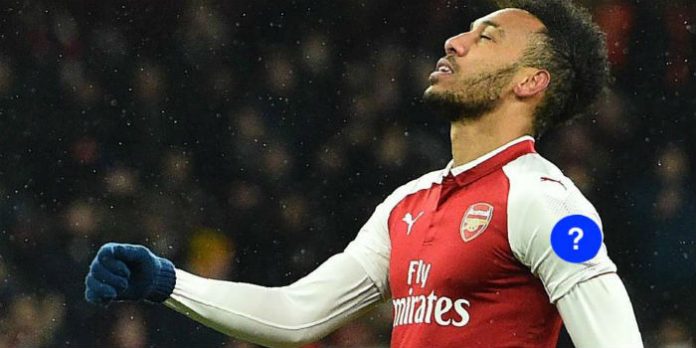 According to Goal.com’s Arsenal correspondent Chris Wheatley, the Gunners are close to agreeing a £10 million a year shirt sleeve sponsorship deal with an ‘on demand video subscription service’.

The Premier League sanctioned the introduction of the new shirt advertising opportunity ahead of the current campaign with several clubs agreeing on lucrative partnerships. At the time of writing, 11 top flight clubs have shirt sponsors including Liverpool, Man City, Chelsea and Everton.

The terms of Arsenal’s shirt and stadium sponsorship deal with Emirates precluded them from signing a similar deal in the summer, however, those terms were renegotiated in February.

Given we’re trying to shape up our commercial arm, this additional revenue will obviously come as a boost. Rumour has it that we’re also actively looking for a new shirt supplier with Adidas tipped to succeed Puma.

While we don’t know who the new shirt sleeve sponsor might be, it’s interesting to note that the popularity of video on demand services, offered by companies such as Netflix, Amazon and Sky (NOW TV), has surged in recent years, facilitated by the rise of internet-enabled smart TVs and devices like Google’s Chromecast and Amazon’s Fire Stick.

There are suggestions that these new players could, in time, challenge the likes of BT Sport and Sky for the rights to broadcast live Premier League games. Last year Amazon outbid Sky for the UK rights to show the ATP World Tour tennis and to live audio-stream Bundesliga football commentaries in Germany.

In February, Sky and BT Sport purchased 160 of the 200 games per season made available. 40 games per season remain up for grabs. Will those get snapped up by an on-demand provider? It could be the start of a broadcasting revolution in the UK if so.

Sounds possible as I gather that:

‘Amongst all digital video services, Rentals or subscription-based services (SVoD) have the second highest penetration rate.’

Glocken let’sleave it out yeah

Does that mean they’ll have it playing on the big screen at the Emirates?

That’s mostly what the internet is for

There must be a lot more surface area on the arms, legs and face where we can fit more adverts surely

Oh what a relief it would be if we could watch at least some PL games outside of the UK with original commentary with a single click of a button, not having to refresh streams and going through all those ridiculous ads.

To be honest anyone who pays for a Sky/BT subscription in this day and age of hd online streams is a complete and utter moron in my book. Why the hell would you? It’s not as if the UK product is even that good – with their reluctance to show highlights from other games and wall-to-wall advertisements – you’re getting the absolute bare minimum. The US shows have half-time goal highlights of every single premier league game for god’s sake. British punditry is also at an all-time low. Listening to Wio and Fwank last night killed off more brain cells… Read more »

Have you listened to the pundits in US? If you think Rio & Frank are bad, wait till you listen to the likes of Alexi Lalas & Steve Nicol.

Lalas’ banter is legendary. Love listening to him.

I’m happy with BT Sport for a fiver a month rather than clicking x’s on streams!

Just hope if someone like Amazon or Netflix gets the rights. It’s for the whole campaign. Won’t mind paying 30 40 quid to get access to all the games in the season.
But paying 30 quid to sky for 20 games, 30 to BT for 10-15 games and another 30 quid to Netflix etc just to watch all Arsenal games will be a bummer.

WELL so interestingly I did read that at some point in the new future (2020?) Sky and BT will be able to sell each others channels on their own platforms.

so essentially you’ll only need a single subscription. Now that is a lot more palatable and I wouldnt mind an extra 30 per season or 2.99 per game if that was what Netflix/Amazon etc offered for the remaining games

BT already show on Sky platform, BT just charge more to watch it via there.

Be nice if the money went to ground items like a decent sound system where we could actually hear what is being said in those half time interviews or AW team selection announcements. Or maybe reduce food/drink prices. Surely someone needs to figure out ways to get people into those empty seats.

Maybe I’m just suffering from seeing sunshine for the first time in weeks!

It will streamline the process for the customer, but doubt it will save us that much cash. Very much a deal to try and consolidate the market than disrupt the industry.

Trying to shape up our Commercial Arm.

10m a year might not sound like a lot (in football terms), but given the PL’s wage restrictions, it will very useful – new commercial income is one of the few ways in which Arsenal are allowed to fund wage increases. So a shirt sponsor could pay the wages of a new Mkhitaryan/Aubameyang type signing.

Totally. As much as I don’t care for them aesthetically, a sleeve sponsor pretty much pays the wages for a summer signing.

If I had a bus company, I would definitely go for that.

Don’t we still have a broadcast partnership deal with BT Sport (which seems to just give the channel free reign to mock our defeats in adverts and not actually create any original Arsenal content)? Wouldn’t a sleeve deal with a steaming service be in conflict with this, particularly if it’s Sky owned NowTV?

Well, an extra £10m certainly won’t do any arm.

Commercial arm! It was a good one!

Half of that gone on Xhaka’s wages alone.

Put what you like on the sleeve, as long as it’s the sleeve of a beautiful new adidas shirt.

I have no problem with sleeve, neck tattoo, fat Arse sponsorship as long as the fans get something from the deal as well as the club, I know, a dream!

The opportunity to subscribe to an Arsenal only season ticket online /tv would get my vote as long as it was at a reasonable fee and not Sky/BT over- pricing.

I’m calling it now. My guess is Hayu will be the sleeve sponsor. Arsenal’s commercial department aren’t great, I doubt they would have been able to broker a deal with one of the major international services (Netflix or Amazon), NowTV are Sky owned and the club already has a broadcast deal with BT Sport, can’t be BBC as that’s public, niche services like Curzon, Bfi or Shudder don’t have the cash and are in a different market, which leaves you with… trashy reality TV service Hayu (owned by Universal who already have a tie up with Arsenal). I really, really… Read more »