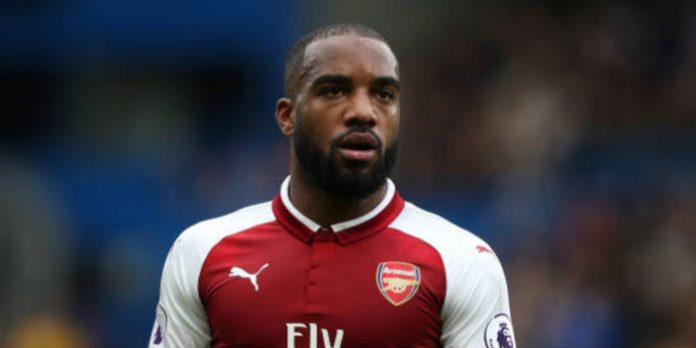 Arsene Wenger says he believes the goal drought endured by Alexandre Lacazette before he had surgery on his knee was because the French international was hampered by the problem that required him to have the operation in mid-February.

The 26 year old scored just one goal in thirteen games before his lay-off, and while he insisted he was feeling fine, the Arsenal manager is convinced it played a part.

Speaking ahead of tonight’s Europa League quarter-final against CSKA Moscow, Wenger said, “I realise now, when I see him in training, that he was not himself for a while.

“That explained why scoring goals dried out. He was always adamant, ‘I am okay, I am okay’, but players are like that.

“It was not dramatically different before, he was a good player. But I think, in the last seven or eight games he played, he was not completely free with his knee.

“In our job you need your body and unfortunately, when you are not 100 per cent, you cannot play well.”

His return adds some variety to our attack for tonight’s match, with Pierre-Emerick Aubameyang cup-tied, it’s an alternative option to Danny Welbeck who scored twice against AC Milan in our last European game.

“It is good to have him back, because it give us different opportunities,” said Wenger.

“Danny is more a guy who goes behind, whereas Lacazette is more combination play, so to have both options is important.”

Arteta: Why would I want to lose Lacazette?

Good he is back, definitely boosts our chances.

Let’s hope the fans get behind the team big time, it helped Liverpool last night.

A P
Reply to  Pedant

I’d be wary of ‘fans’ like Fats, who has a problem with Arsenal wins, behind my back.

Looking beykng CSKA Moscow as well (I’m guessing that “we’ll be going through to the semis is an assumption reasonable enough), I’d definitely be more confident while facing Atleti and Lazio with Laca the team than otherwise.

A good manager will always look for an opportunity to boost the confidence of his players. Well done, Arsene.

Looks like he gives our attack an extra dimension, looking forward to seeing how things develop

Danny is more a guy for the “wide” áreas, such as the bench…?

Lacca and Auba have that killer run that if the pass is right they’re straight through on goal. Welbeck doesn’t have that quality imo

Lacca doesn’t have a killer run. Check out Auba’s timings, nothing comparable! Watch the fourth goal, lacca, came into the box few seconds before the pass, in fact the passer was not actually looking for him, lucky the ball got to his leg; tighter defences can’t allow him such a space. Auba’s goals are preplanned, premeditated, he doesn’ t get involved much, because he is thinking of the best way to outrun the last defender. Lacca, is bereft of such a craft and can be drowned in a sea of bodies in the opponents box. There is a goal scoring… Read more »