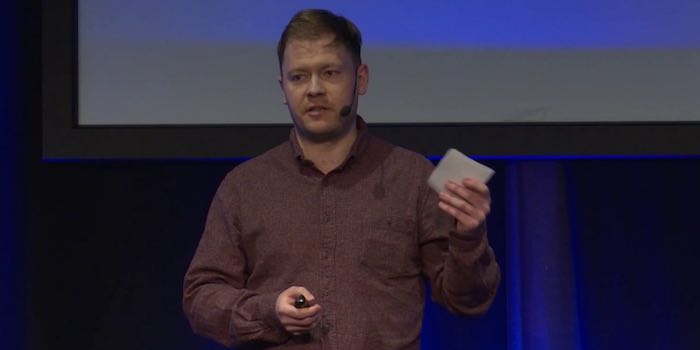 Arsenal have added Mikhail Zhilkin to the backroom staff as a ‘Data Scientist’.

The Moscow Institute of Physics and Technology graduate has a Master of Science in Applied Physics and Mathematics, and his bio on LinkedIn now reads:

Arseblog News can’t pretend we know a lot about Candy Crush, other than the fact we ignored about seventy billion invitations from Facebook ‘friends’ to play it, but according to Training Ground Guru, Zhilkin will ‘focus on injury and physical data, creating insights to be used by the coaching and performance staff at the club.’

There’s a lot going on behind the scenes these days, with video analysis, the use of data in assessing player performance and Arsenal, of course, famously bought a stats company, StatDNA, as a tool to help those who make the decisions do so in as informed a way as possible.

While many focus on its impact on our transfer targets, StatDNA also provides a raft of information about the players in the squad as well as opposition players. This was a feature of the platform that Arsene Wenger rarely used as his focus was almost always on how his team played.

The club expect new boss Unai Emery, famed for his attention to detail and briefing his team as thoroughly as possible about the opponents, to make more use of that side of it in the future.

Will data be our secret weapon? Can we bring on data in the last 15 to score a goal? Will data cause the destruction of the human race?

The answer is, I doubt it, no, and almost certainly, but let’s hope the new guy plays his part over the coming years.

Cech out my lazy arsenal pun

I mean it seems like an april fools day post and we wouldn’t be expecting it in july…..

Pedant
Reply to  Cech out my lazy arsenal pun

It’s not, and what it means is that we’ll always be able to beat The Toffees (ie Everton) easily with our Candy Crush expert.

Everton have access to the football manager database, Football manager kicks Candy Crush ass all day. So does that mean? … No it means nothing, but you gave me an opening which was too good to ignore.

Shhhh. Not so loud.

We might end up getting Diabate on the cheap.

Great news. I knew they’d get someone to head the Data Science, but thought it would be Mladen Jovanovic due to his previous role and connection to Darren from their Port Adelaide days, but this guy is even more qualified. It’s also following the route set out by another leader in the Sports Science field, David Tenney. David & Darren are pretty tight (like most in the industry), and at Seattle Sounders, David led the way by recruiting Microsoft Data Scientist, Ravi Ramineni to lead the “Soccer Analytics” there (Sounders under David basically led the way in tech and analytics… Read more »

Btw not trying to be an ITK or whatever, just trying to give us Arsenal fans some context to some of the decisions being made recently, and give an idea what Gazidis is trying to do with data analytics.

So I know people that worked with this guy in his last role up until a few weeks ago at the sports odds company Kambi… Apparently he was overly complicating customer segmentation and then took it upon himself to do a sumo wrestling model for no reason as far as anyone could tell. Also liked to walk around the office barefoot, which is fair enough! A left-field choice by all accounts!

It’s all about putting combinations together

How do I try for an internship at Arsenal as a Data Scientist?
I have got the qualifications. It would be an absolute dream. Any idea anyone?

Same boat! It would be a dream!

Keep an eye out on here: https://www.arsenaljobs.com/

Yellow Ribbon. What qualifications do you have if I may ask. Interested in Data Science as well, but still a newbie..

Isn’t Sven also the owner of an analytics company? I wonder what the relationship between StatDNA and his firm is (if there is one at all).

There isn’t. Sven doesn’t own or was ever involved with StatDNA

Apologies read that wrong. Thought you meant he owned StatDNA.

So refreshing and exciting to see so many changes! I absolutely love Arsene, but this is how things should be

Why wasn’t Arsene given this type of support in all areas for the last 10 years?

He was, he didn’t want the change.
He wanted to keep the coaching staff and fitness team the same, led by Colbert for the fitness side.
He also sidelined StatDNA, only really used video due to player demanding it themselves, etc.

It’s not even a slight on Wenger. I don’t know any industry where someone is in the job for over 20 years and yet is somehow expected not to stick to their old habits.

I like this. Data is data regardless of the situation and it’s good we’re bringing people in from outside of football who are experts to work with the our more sports trained staff. Football feels like such a closed off industry, appointments like these could be game changers.

That’s if he’s brought in to work on team affairs, of course. If he’s being used to give insight into a new highly addictive gamification micro payment structure around the Emirates, that’s less positive.

Sometimes I read an Arseblog news and can’t tell if the whole article is satire and cleverly made up.

This blurs that line but I’m inclined to say this one is real and hopefully we see the guy’s appointment really benefit the team going forward – all the best to him!

Data will be worth 12-15 points a season. Can’t wait for the new season to begin!

Easy to be sniffy about this type of thing, and generally I am, but it’s had a meaningful effect under Matthew Benham at Brentford and the fans there are definitely on board with it, so what the hell.

I get ‘stats’ and I get ‘DNA’, which when related to players/sports seems to be what STATSdna is involved in — but a player/sports Data Scientist? — wassat all abart?

We have data science team where I work. Nice guys/ gals but, they need about 8 weeks notice to do anything, then normally give me a pivot table full of stuff I didnt ask for then blame the SQL. Always the SQL’s fault.

Bit surprised you’d have a Data Analyst team handling large amounts of data but it’s all from a SQL Database.

Don’t blame SQL, it usually isn’t the technology’s fault. My guess is multiple DBs with bad meta data and therefore a lot of manual work. Been there, done it. If you are willing to spend the (big) money, there are some pretty good tools out there to help you relate your data sources…
Anyway, I am excited that Arsenal want to do this stuff in house. If we spend enough now to build a hugely professional analytics team ourselves, we will gain a massive competitive advantage.

Hard to know how to judge this: Soda Saga is the pits, but Jelly saga is excellent.

I’d love to see Data play for the Gunners, with his speed of movement and perfect coordination. Maybe Worf in defence, too?

Pretty amazing achievements have been made in the sport of baseball through statistical analysis alone. If you ever have the chance to read Moneyball, you will learn a lot about how data analysis and stats have revolutionized the sport. The book is written in a highly entertaining way (it was a #1 bestseller) even for someone who knows nothing more about baseball than that it’s the US version of Rounders.

The bottom line is that the baseball team that first introduced its full use went from the bottom of the league to the top – the Oakland Athletics.

That’s not a real game.