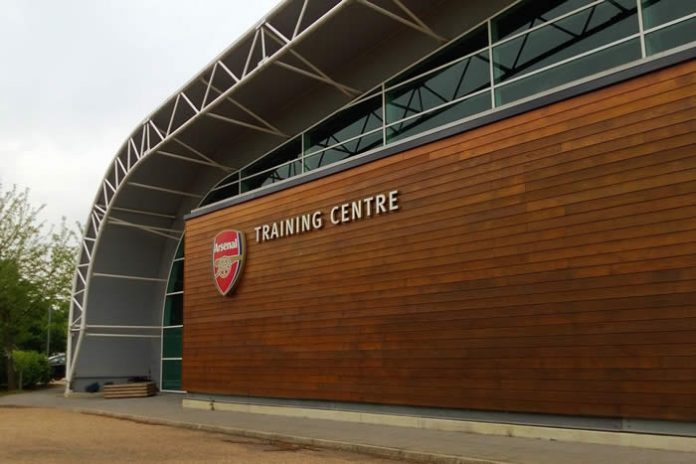 It has been a frustrating start to the season for Arsenal U23s, with the 6-5 defeat to Manchester City being followed by a 1-1 draw against Brighton & Hove Albion, when victory was snatched away from them in the closing stages.

The young Gunners are back in action tonight as they face West Ham United away and will be looking to secure their first win of the campaign against a strong Hammers side.

One player who could have a significant part to play, although most likely as a substitute, is Bukayo Saka.

The winger, an England U17 international, has only just signed scholarship terms with Arsenal but is already an important member of Freddie Ljungberg’s squad, as demonstrated by the fact that he has provided assists in both games so far after emerging off the bench.

Saka was hugely impressive for the U23s in pre-season and he has continued in that vein now that the real action has got underway, with his pace and teasing crosses making him very difficult to defend against.

When the likes of Reiss Nelson and Emile Smith Rowe are involved with the first-team in cup competitions later in the season, Saka could well be presented with the opportunity to start games for the U23s, and he will certainly relish the chance to impress further.

A confident player, Saka is also capable of playing at left-back if required, but Arsenal certainly see him as a winger at this stage of his development and it will be intriguing to see him continue to progress as the campaign goes on.

Saka is still eligible to play for Arsenal U18s and would be one of the youngest players in this side, but it is testament to how highly regarded he is that he is already a key figure for the U23s.

Should he continue to develop at such a pace, then he will become increasingly difficult to ignore as far as involvement in first-team training sessions is concerned, but for now Saka can be very happy with the impact that he has made.

Retaining the Premier League 2 title could prove to be problematic for Arsenal this season, with many of their opponents now boasting rather stronger squads than they did last campaign.

If Ljungberg’s team are to achieve glory, however, then it seems rather certain that Saka will have played a major part in making it happen.

Seeing that name makes me scratch my head…..

I thought he is from the Caribbean

The first and last names are Nigerian names. He’s of the same Yoruba tribe as the departed semi ajayi and fellow u23 player folarin Balogun. I’m Yoruba too, so I hope they make the grade with us.

Really impressed with this kid, equally comfortable at full back and as a winger, it wouldn’t surprise me to see him involved in the League Cup this season, depending on the strength of the opposition.

Super gifted, hope he can fufill his potential with us. He’s knocking down the door for a first team debut, with his versatility and stellar displays. Good luck young gunner