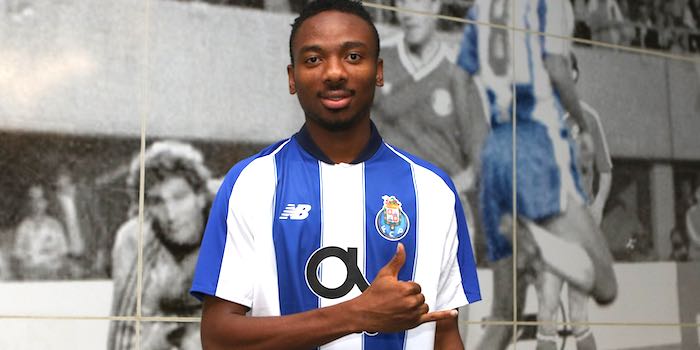 Arsenal midfielder, Kelechi Nwakali, who is currently on loan with Porto, has been called up to the Nigeria squad.

The 20 year old joined the Gunners after a protracted transfer saga in 2016, but has been loaned out to MVV Maastricht twice and VVV Venlo before joining the Portuguese side’s B team earlier this summer.

The Super Eagles take on the Seychelles in September in an Africa Cup of Nations qualifier, and he’s joined in the squad by fellow Arsenal man Alex Iwobi.

Nwakali was very highly rated when he joined from the Diamond Football Academy having won the Golden Ball at the 2015 U17 World Cup. However, his progression has been slower than expected, despite some flashes of his talent during his loan moves.

He’s made two appearances for Porto B so far this season, and to get called up to the Nigeria squad suggests they see him as a player with some talent, but he’s going to have to show something pretty special to assure any kind of Arsenal future.

His loan deal included an option to make the deal permanent, perhaps one Arsenal can veto if he does make a serious breakthrough, but it seems more likely than not that he’ll add to the list of promising youngsters who don’t make the grade with us.

Sounds like a nice away trip for the Nigeria supporters 🙂

Congratulations Kelechi…… Sounds like your having a better day than Hugo Lloris.

If Hugo wants to go drinking before every match while he is playing for Spurs, I’m happy to pay for his booze

You shouldn’t be. He’s probably in the sacred school of Paul Mcgrath, Tony Adams and Paul Merson in becoming proficient in the age old art of drunken mastery within elite professional football. I can picture Lloris sitting crossed legged in a satin robe with linen trousers that barely reach his achilles pouring a fine aged bottle of ‘Noir de chateaux’ or something or the other into his vase like point glass. Glass after glass after glass after glass until he’s overcome with guilt and shame………So around 4am he staggers up to bed. Whilst taking up a bottle. In short he’s… Read more »

Was his deal definitely with on option to buy?

I have been equally keen to know where People got that info about the deal becoming permanent at the end of the Loan. There is no official confirmation of anything of such.

Congratulations to Kelechi. A great boost for him. I hope he can have a great season and give us something to look forward to for next season

Youth development is so unpredictable. Guendouzi wasn’t close to being golden ball of U17.

Wenger once explained it pretty nicely when he said footballers are like houses. And until a certain age you have to build the basement in terms of technique. If that’s not there at that age, the chance that the player will become a pro are basically non existent. But even if you have build that basement (and I think today, about 10 years after that statement, the youth academies have developed even further and I’d say about 90-95% of all the youth players have that basis) the more important thing is how much you’re willing to suffer. We all have… Read more »