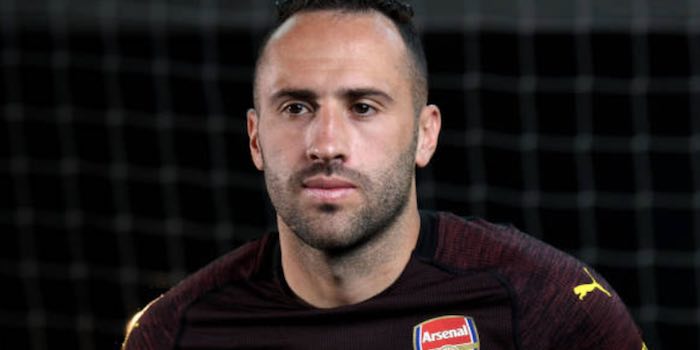 According to Sky Sports Italia, David Ospina is in Italy this morning to have a medical with Napoli ahead of a season long loan move from Arsenal.

The Colombian keeper was named by Unai Emery as one of the three players who could still leave the club this summer, and yesterday the Italian club confirmed their interest in the 29 year old.

Although Napoli spent a reported €35m on Udinese keeper Alex Meret, the 21 year old broke his arm in training, leaving the Serie A side in desperate need of a replacement.

Ospina, surplus to requirements at Arsenal, fits the bill, and there is an option to make the deal permanent for a reported fee of around €8m.

So, it looks as if this one is going through, updates here as and when they emerge.

Probably a case of taking what you can get!

Yeah that’s what good planning gets you..

Yeah I see why they’d want to do it, just looks like we can’t get shot of him for love nor money

Surely this will be turned into a permanent. With Naples waste disposal market in turmoil because of the mafia and Dave the Binman’s wonderful reputation for handling garbage, its a match made in heaven. We’ll take Koulibaly in the summer as a ‘thank you’ in the January break.

Koulibaly is an absolute beast. Would love it if we could swap Mustafi for him. That would make it even more sweeter for me.

He was an established German international so on paper looked like a good signing.

I think they meant Tripoli. Which isn’t in Turkey either. But close enough.

Suspected it would be a loan .. aint noone buying.

Our inability to make money from outgoing players is staggering

He’s a gentleman, good luck to him and I hope we do a permanent swap.

A lucky (arm) break for us.

Thank you David for Europa, you are a good professional and also a good goalkeeper.. be safe from injuries and enjoy in Naples

With Cech in goal we would have won the Europa League.

I just hope he can get through the medical without getting dinged. Still, be place for him, with all those medical people around him!

I’m a bit disappointed with some of the comments directed towards Ospina here & on social media. You don’t have to think he’s Buffon, or even good enough for Arsenal, to show a bit of respect to the guy who has always given 100%, saved us on a fair few occasions, and hasn’t kicked up a fuss to the press about not playing (and risking his World Cup place) the way some of our players have (cough, Lucas Perez) who seem to garner a tremendous amount go good will. Hope he does well and enjoys his time at Napoli playing… Read more »

Depends on what you’re disappointed by. I haven’t seen anything abusive. (then again I don’t bother with social media)
For me personally (& most Gooners I know) there’s no ill will towards Ospina. I just don’t think he’s been good enough. (& that’s been reflected in how difficult it has been to find a buyer for him)
Good luck to him. Hopefully it is a permanent move & not a loan, best outcome for both him and the club.

dan
Reply to  Kwame Ampadu Down

Not good enough yet the arguably the best coach Arsenal has had always wanted him here. Some people…!

I think most of the frustration is not with him but with the club for being so incredibly incompetent at moving on players we don’t need any more.

Kwame Ampadu Down
Reply to  assistantref

If nobody wants the player there’s not a huge amount you can do. The problem wasn’t not selling Ospina, it was buying him to begin with & then extending his contract.

All of our players with the best chants are leaving ?.
Santi, Giroud and Ospina.
Thank you from saving us from a Cavani hat trick and good luck Ospina.

Watch him get his career back on track, gave 100% every time he wore the shirt. hopefully he doesn’t come back to haunt us when we meet Napoli in the ……Wait!!! never mind he’ll be playing CL while us play the second hand cup.