Arsenal Women have already played a Continental Tyres Cup match, a 3-1 victory over West Ham United, but this weekend, their league campaign gets underway with a home match against Liverpool at Meadow Park. Tim Stillman previews their chances of winning a first WSL title since 2012.

The Gunners have added three high profile players from Germany, all of whom have big reputations in world football. All three match Joe Montemurro’s vision for a highly adaptable squad. Wälti plays principally in defensive midfield but can play at centre-half, Viki Schnaderbeck is principally a centre-half who can play in defensive midfield and Tabea Kemme can literally play in any outfield position and has done for the German national team.

Pauline Peyraud-Magnin is a straight replacement for Anna Moorhouse to provide back-up and competition for Sari van Veenendaal in goal. The issue for Joe Montemurro is that Tabea Kemme tore her knee cartilage shortly after agreeing a move in February and Viki Schanderbeck tore knee ligaments during pre-season and both are unlikely to be available much before Christmas. The loss of Alex Scott is covered by Jess Samuelsson’s return from long term injury.

STRENGTHS
Arsenal have some of the best players in the world, plainly speaking. They have blown Manchester City and Chelsea out of the water on salaries for some of the players they have acquired in recent years. Arsenal have a big reputation and a big budget, they should be challenging for the league title, which they’ve not managed for a few years, despite fairing pretty well in the cups.

Manchester City wanted Beth Mead, Chelsea and Lyon wanted Tabea Kemme, Manchester City were unable to tempt Dan Carter away from the club and the Gunners paid Kim Little a salary good enough to tempt her away from Seattle Reign. Arsenal have prestige and a big budget and they use it. Jordan Nobbs, Kim Little, Vivianne Miedema and Lia Wälti are among the best players in the world in their positions.

In Leah Williamson, the Gunners have an academy product almost certain to become one of the best English footballers. This is a squad full of strong, international players. It is also a very adaptable squad, most players are capable of playing in a number of positions to a high standard. Chelsea and Manchester City are very stiff competition, but Arsenal will aim to win the league and a title challenge ought to be the expectation- whether they win it or not may depend on small details if they perform to their potential.

The squad is fairly settled and a number of players have signed new contracts since the arrival of Joe Montemurro in December. There is a sense that the players are totally bought into the Australian’s vision of total, possession based football where players are trusted to play fluidly. Vivianne Miedema played through injury for the majority of last season, if she stays fit, Arsenal have the best centre-forward in the division. 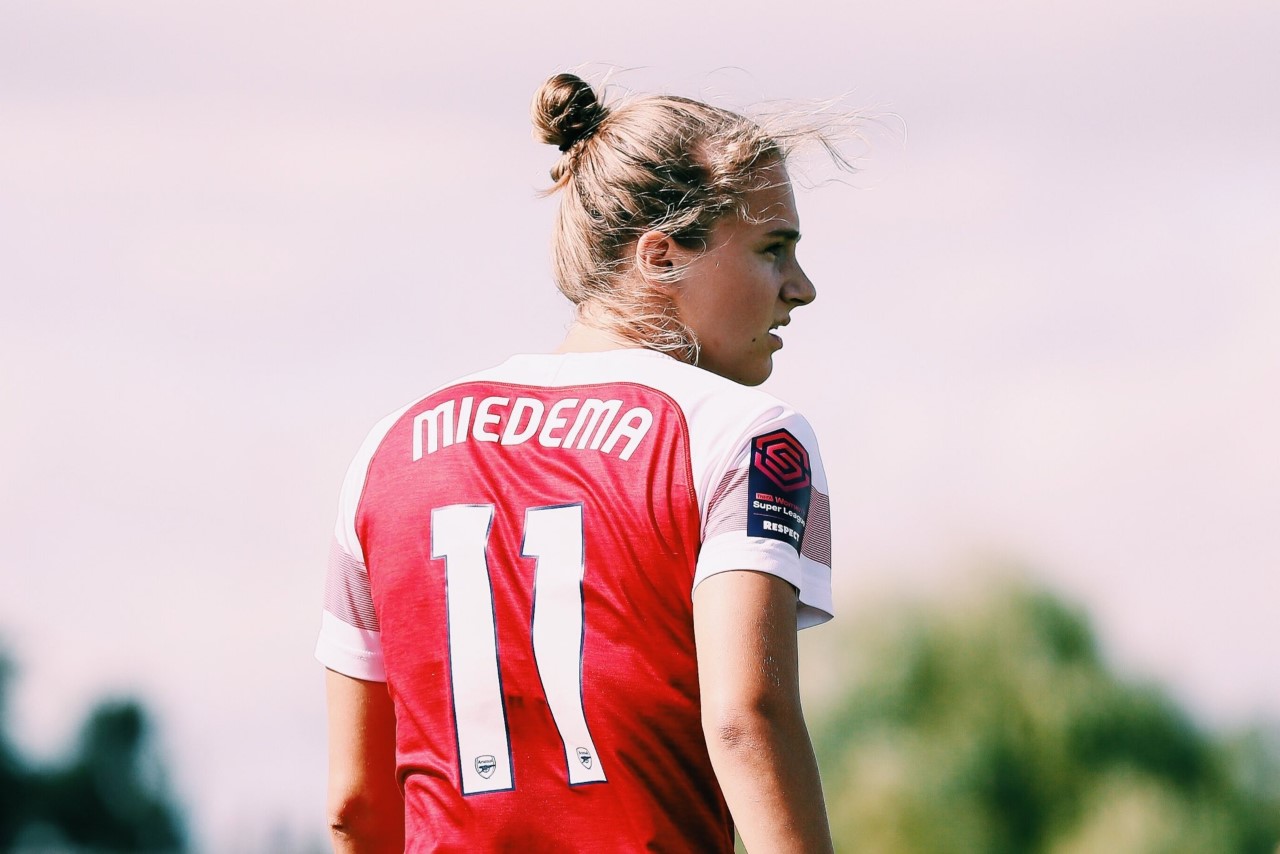 WEAKNESSES
The squad is very small. The first team photocall only had 18 players in it- which includes Viki Schnaderbeck and Tabea Kemme- injured until Christmas- and Dan Carter, who will miss most of the season with a cruciate ligament injury. Schanderbeck’s injury leaves the Gunners very light in defence, where Louise Quinn and Leah Williamson are the only full-time centre halves available.

Montemurro cannot afford any more injuries, especially as the academy was largely picked off during the summer as players either went to the Championship for more regular game time, or to the US to pursue scholarships. It’s an adaptable squad with lots of multi-functional players, but one or two injuries will leave it looking very, very light. The other weakness is the strength of Chelsea, who will take some shifting this season having won the league fairly comfortably last season.

PLAYING STYLE
“Formations are for journalists. It’s all about finding space. The idea is to identify and find space and where they can find space, and if there’s a line to pass then the pass is on and then we have runners off that pass,” Montemurro said recently. Arsenal aim to control games through possession and continue on the foundations laid out by previous manager Pedro Losa, who drilled his players to play out from the back.

Nominally, Arsenal tend to start games in a 433 shape, with Jordan Nobbs and Kim Little playing as two interchanging, attacking number 8s. The front 3 tend to switch positions too, with plenty of rotation. The wingers are encouraged to combine with full-backs and get to the by-line for cut backs. Most of their goals arrive via this avenue.

The centre halves play out from the back, especially via Leah Williamson who has spent plenty of time in central midfield, but they don’t necessarily play a high line. The defensive midfielder and centre halves stay a little more compact, with Nobbs and Little playing fluidly in the middle of the park. Full-backs tend to push on a little higher.

PLAYERS TO WATCH
On balance, Jordan Nobbs is probably Arsenal’s most important player. She sets the tempo from midfield with her high octane approach, Jordan carries a goal threat and spreads the play brilliantly. Nobbs basically makes Arsenal do what they do well but far more quickly. Leah Williamson is also a criminally underrated and significant figure at centre half.

Leah is very strong in the tackle, exceptional at making interceptions and her education in central midfield means she plays the ball out from the back very decisively. Lia Wälti is also a very interesting addition in defensive midfield, Lia has a knack for controlling the tempo of a game. She knows when to slow it down, when to speed it up and when a strong tackle might inject some urgency into proceedings. She is also very two footed.

EXPECTATIONS
There are three elite teams in the WSL and only two Champions League places. The Gunners only finished 1 point off the top 2 last season and that came after a poor start to the season, they nearly closed a ten point gap on Manchester City in half a season. Arsenal should aim for 2nd and Champions League qualification at a minimum and should also expect to get to the latter stages of both domestic cups.

For more information on the squad, why not check out the Player Profiles page.

Vivianne Miedema is the best striker in the world. Her record at such a young age is scary. Can’t wait to see how good she can become because she is scary good. I have a lot of hope that we will take the league this year.

Miedema, Mead, Little, Evans, McCabe – everywhere you look, there is top quality. Player for player, we are as good as or better than City and Chelsea, but I think Chelsea had about 26 players last season. So the squad size is a big, big worry. Perhaps the club have something up their sleeve for the Jan window.

Joe Montemurro seems like the best thing to happen to Arsenal Women for a long time.

Quick question – have City and Chelsea lost a lot of their youths product as well?

Not really, their academies aren’t as established as ours. Pedro really thought Arsenal’s academy infrastructure would be a competitive advantage over Chelsea and Ciyy, but it’s not worked out that way.

victims of our own success!