START AS YOU MEAN TO GO ON
Arsenal opened their WSL campaign with a thumping 5-0 win over Liverpool on Sunday, with Dutch striker Vivianne Miedema hitting a hat-trick and Scottish internationals Kim Little and Lisa Evans getting on the scoresheet too. Highlights are available here.

MIEDEMA MAGIC
Dutch striker Vivianne Miedema arrived at Arsenal to great fanfare last summer, having fired the Netherlands to Euro 2017 glory. But fitness issues hampered the world class, 21 year old arrival from Bayern Munich. Even if she scored the winner against Manchester City in the Conti Cup Final, an ankle problem inhibited her.

That problem seems to have cleared up now and the ex-Bayern Munich forward helped herself to a hat trick and two assists in Arsenal’s 5-0 win over Liverpool on Sunday. “I feel good, I feel fit again and I think you can see that on the pitch,” she told the FA website after the match. If Arsenal can keep Miedema fit for this season, their title chances will be greatly enhanced.

What a performance from @VivianneMiedema ?

A LITTLE BIT OF HISTORY REPEATING
Prior to leaving for Seattle Reign in 2014, Kim Little had already established herself as an Arsenal legend. She returned at the beginning of 2017 to great fanfare, but a cruciate ligament injury cruelly curtailed that excitement early on in her return. Back to full fitness now, the club captain is ready to dominate once more.

Sorry, who was that?

Prior to Sunday’s victory Gunners boss Joe Montemurro described Kim as “one of the best players in the world.” I spoke with Kim shortly after Sunday’s 5-0 win and she was equally as effusive about her manager, “As well as applying his own style, he has also used the skills of the players he has and what they are able to give him and you can really see now how those two things are interacting together.”

LEAH UPDATE
Leah Williamson missed Sunday’s victory over Liverpool with a niggling ankle injury. Leah felt the injury playing for England against Kazakhstan last week, the injury is not thought to be serious or long-term, but there is no specific timeframe on her return at this stage as far as I know. 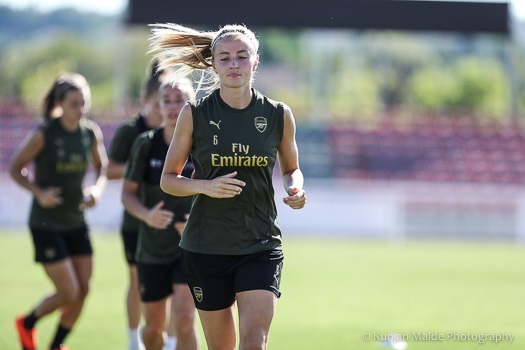 NOTHING TO LEWES
The girls’ next game sees them take on Championship side Lewes on Sunday at the brilliantly named Dripping Pan stadium in the second game of their Conti Cup group. The match kicks off at 2pm, a full match preview will appear on Arseblog News on Friday afternoon UK time and we will also have match reaction from a player on Sunday evening.

ALL I HAVE TO DO IS STREAM
The next home game, against West Ham in the WSL on Sunday, 23rd September, will be streamed live on WSL’s Facebook page– kickoff is at 2pm. The away match with Chelsea on Sunday 14th October will be screened live on BT Sport.

ARSENAL DNA
Gunners boss Joe Montemurro was in reflective mood when he spoke to Arsenal.com last week. Having taken the Arsenal hotseat last November, the Australian said that though winning the Conti Cup was an obvious highlight, his focus has been helping the squad to rediscover their identity. 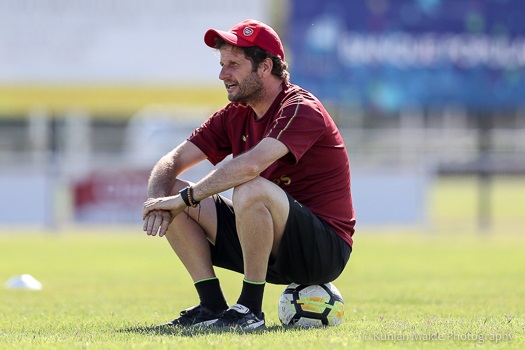 “The most important thing for me was to bring back the Arsenal DNA, the Arsenal way of playing, and an identity and integrity that represents this great badge.” You can read the full interview here.

The squad undertook their photo shoot in the away kit on Monday, you can see the images here.

We had our @pumafootball away kit photocall today and…

THE ROAD TO FRANCE
World Cup qualifying was all but wrapped up last week and Leah Williamson, Jordan Nobbs and Beth Mead’s England secured qualification, a feat matched by Scottish cousins Kim Little, Lisa Evans and Emma Mitchell. Netherlands’ surprise 2-1 defeat to Norway in Oslo means they must now play a playoff match against Denmark in October, so Sari van Veenendaal, Danielle van de Donk, Vivianne Miedema and Dominique Bloodworth are not safely through yet. 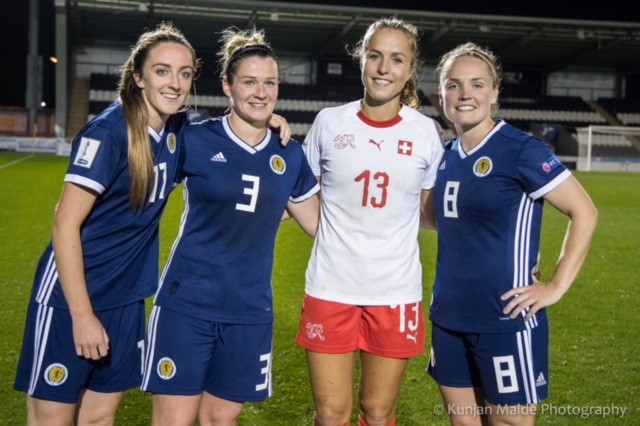 Likewise, Lia Wälti’s Switzerland face a tense playoff match with Belgium. Tabea Kemme’s Germany are safely through to next summer’s tournament in France, while Viktoria Schnaderbeck’s Austria did not make the cut on this occasion. Jess Samuelsson’s Sweden have qualified and, fitness permitting, Jess will almost certainly be involved.

Currently we produce the weekly round ups, match previews, match reaction from a player and we run a more in depth feature interview with a player once a month.

Previous articleLichtsteiner: I’m 28…the data says so
Next articleTorreira subbed as a precaution confirms Uruguay coach

Thanks for reporting on the women’s team. I follow the team and a lot of the players on Instagram but it’s good you put in the effort here.

Hey Tim, are we likely to see a second string team in the game against Lewes on Sunday or will all the big guns start?

It’ll be the first team, there isn’t really a second string at the moment. But given we’re not in Europe the players should manage the workload.

What a great start to the League campaign! We are looking good, both individually and collectively. No reason why we can’t contend with Manchester City and Chelsea this season.

I really enjoy reading this. Please keep up the good work of showcasing the Women’s talent and game.

Are these games broadcast on any TV channels in UK? Only ever see the England games on…

Aye, this one was on BBC. West Ham at home is being streamed on Facebook and Chelsea away on BT Sport in 14th October ?