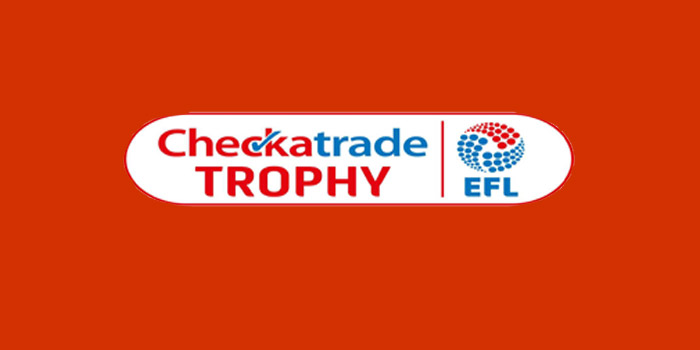 Having finished runners-up in Southern Group E of the Checkatrade Trophy, the reward for Arsenal’s U21s is a trip to Fratton Park to play Portsmouth.

The young Gunners will travel to Fratton Park to play the League One leaders in the week beginning December 3rd, in what will be a tough test.

For those unaware, Premier League clubs have been allowed to enter their U21 teams to play in this competition against the senior teams of lower league clubs, a move designed to give them greater competitive experience than playing at underage levels.

Freddie Ljungberg’s lads beat Coventry 3-0 and Forest Green Rovers 3-1, but were given a real lesson by Cheltenham Town who won 6-2 in a game which illustrated the physical challenges faced by players still maturing.

“There were a lot of tackles flying in, that’s part of football,” said former Invincible.

“That’s why we want to be in this competition. It’s different from youth football.

“Of course we try to develop football players, we focus a lot on the technicals, rotations, but you still need to have that determination and grit.

“Against men it’s different. They are physically stronger. I remember last week someone told me Bukayo Saka got pushed off the pitch and he was stood there asking ‘what happened here’.

“That doesn’t happen in youth football. It’s great education for them.”

For more on another hot prospect, Reiss Nelson, check out today’s Arsecast

Guess it’s time for the youngsters to learn the dark arts, the Dele Alli dive, Rooney’s back-leg drag to draw a foul, etc.

No point really considering next season there will be VAR.

That’s a decent draw for the young lads; Fratton Park – if there’s a good crowd – will be a good learning curve and experience for them (memories of a standing ovation after a 5-1 FA Cup win in 2004!).
It’s also a good draw on paper as Portsmouth are top of their league, will play an FA Cup match 3 days prior, and thus are highly likely to play a ‘B’ team as they did when they beat Spurs 3-2 (hurrah!) a few days ago.
Hopefully there’s a stream to be found somewhere for this game.

To me Fred will always be an invincible! Not merely a “former invincible”

Dam right! I like the cut of Freddie’s jib, seems to be an intelligent guy, like quite a few of our (forever) invincibles. Reckon he is and will continue to be a great influence on our young gunners.