THE LOWDOWN
Arsenal Women resume their WSL campaign with an away trip to Everton this Sunday following the November international break. The Gunners are looking to maintain their perfect record this season with another victory, though last time out, they were made to sweat for victory at home to 3rd place Birmingham City.

Everton parted company with boss Andy Spence during the international break after the Toffees became the first WSL side to lose to Yeovil Town, who recorded a 1-0 victory- their first top flight victory since being promoted in the summer of 2017. Everton will be managed by goalkeeper coach Jennifer Herst for the game, who is acting as caretaker.

Arsenal will be expected to win with Everton rock bottom on only 2 points after 6 games. The match against Birmingham kept the Gunners honest, as Danielle van de Donk told me post-match. Most of the girls were away on international duty, with Lia Wälti’s Switzerland losing out to Sari van Veenendaal, Dominque Bloodworth, Vivianne Miedema and Danielle van de Donk’s Netherlands in a draining two legged World Cup qualifying playoff.

Tabea Kemme has experienced a setback in her recovery from a cartilage tear and is out for an unspecified amount of time. It’s a big blow for the German who has played stoppage time during the 3-1 victory over Birmingham after 8 months out.

Dan Carter, Kim Little and Viki Schnaderbeck are all out with knee injuries. New signing Janni Arnth is not eligible to join up with the squad until the winter transfer window opens on January 1st. The likes of Sari van Veenendaal and Jess Samuelsson could be called into the team.

LAST TIME OUT
A trademark Vivianne Miedema finish and an instinctive long range volley from Beth Mead were enough for the Gunners to take the points at Everton 12 months ago in Arsenal’s first game following the departure of boss Pedro Losa.

The teams met on Merseyside in the FA Cup semi-final in April too. Dan Carter gave Arsenal a first half lead, Arsenal academy product Chloe Kelly equalised from the spot, before Louise Quinn’s stoppage time header booked Arsenal’s trip to Wembley for the final.

PLAYER TO WATCH
With the likes of Miedema, Nobbs, Little and van de Donk in such inspirational form in attack, the contribution of Lisa Evans has been a little overlooked. Playing either at right-back or on the right wing, Evans has been the source of many an Arsenal goal this season with her powerful running, close control and precise pull-backs from the by-line. 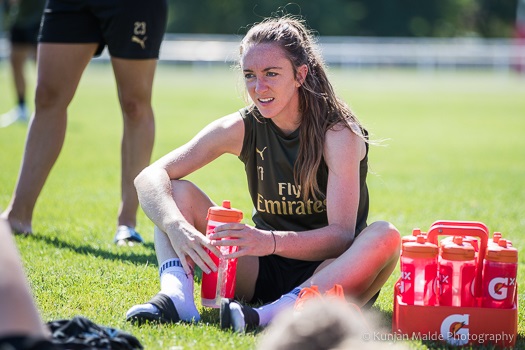 The Scot’s boundless energy is particularly useful late on in games as opponents tire, because Lisa never seems to. It was her excellent pull-back that teed up Nobbs for the WSL goal of the round against Birmingham and she has teed up Arsenal’s goal scorers in similar fashion several times already this season.

Her strike for @ArsenalWFC has been voted #FAWSL goal of Round 8! pic.twitter.com/RUUom8kr3s 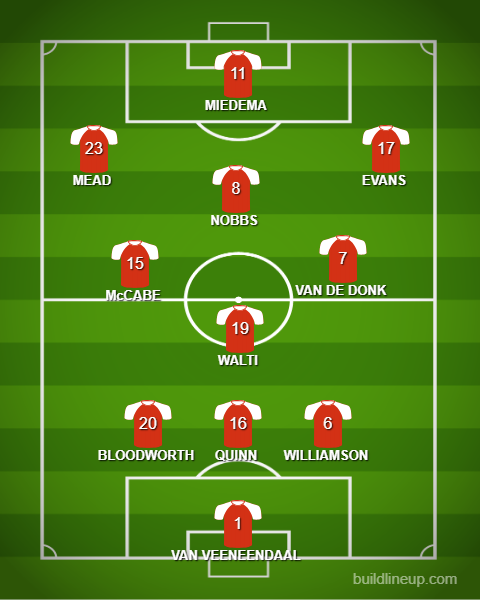 HOW TO CATCH THE GAME
The match is being screened live on BBC Online and the red button, with kickoff at 1230pm. There will also be live commentary on BBC Radio 5 Live. Otherwise, the game is taking place at Southport FC’s Merseyrail Community Stadium. Tickets are available on the gate for £5 adults, £3 seniors and kids under 16 go free.

COMING UP
We will have exclusive match reaction from a player on the site on Sunday evening and the usual Arsenal Women Weekly Round-Up early next week. During next week I also hope to publish the November feature interview focusing on developments in strength and conditioning at a top level women’s football club.

Max
Click to flag and open «Comment Reporting» form. You can choose reporting category and send message to website administrator. Admins may or may not choose to remove the comment or block the author. And please don't worry, your report will be anonymous.

Sad to read that Kemme has had a setback in her recovery, for her personally (of course) but also because we’re really going to need more players who can start games for us. If we can keep these ~14 players fit, we’ll be doing alright, but we’ll be going towards having more games (hopefully) in the cups in the new year too…

I don’t expect this game (or the next against Brighton) to be a big obstacle. More fearing the upcoming City game, with them scoring properly now and us without Little… Could be a big indication on whether we can win the league this season (imho).

Tim Stillman
Click to flag and open «Comment Reporting» form. You can choose reporting category and send message to website administrator. Admins may or may not choose to remove the comment or block the author. And please don't worry, your report will be anonymous.

If we avoid defeat in that game I think we’ll be ok. But yes, the long term injuries but a lot of pressure on the players we do have. That was an issue at the end of last season where players were playing with knocks and it got too much in about April time.

Devlin
Click to flag and open «Comment Reporting» form. You can choose reporting category and send message to website administrator. Admins may or may not choose to remove the comment or block the author. And please don't worry, your report will be anonymous.

I hope Danielle van de Donk can keep playing the way she is playing right now. The whole team is playing amazingly but she is my favourite player.

Tim Stillman
Click to flag and open «Comment Reporting» form. You can choose reporting category and send message to website administrator. Admins may or may not choose to remove the comment or block the author. And please don't worry, your report will be anonymous.

She’s come on enormously. I didn’t use to rate her that highly, but now I think she’s playing brilliantly.