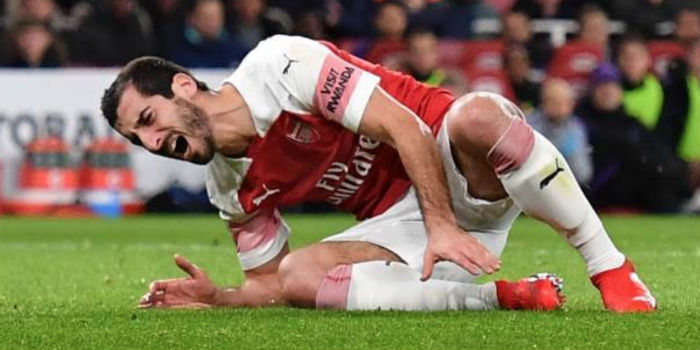 Now that loads of players have returned to full fitness, the weekly fitness bulletin from the Arsenal medical team looks a little sparse.

Obviously, this is good news.

While Danny Welbeck and Rob Holding remain long-term absentees, it sounds as though Henrikh Mkhitaryan is making good progress in his recovery from a broken metatarsal in his right foot.

The Armenian, who suffered the injury in the Carabao Cup defeat to Sp*rs last month, won’t be ready in time to face Chelsea this weekend, however, he could be in contention to face former club Manchester United in the FA Cup when they visit the Emirates on Friday 25 January.

Obviously, being fit isn’t a guarantee of first team football, just ask Mesut Ozil, but he was getting regular minutes before he suffered the problem.

I hope my Micki will finally stand up and perform for a change. Shoot the doubters right in the face.

Why would anyone thumb this down? Why would any Arsenal fan not want him to play well and prove his critics wrong?

Because he’s garbage and literally adds nothing to our team. Whats worse is he was getting in ahead of Ozil who has bags more talent and chances created than Mhiki could ever hope for.

No need man. This is an Ozil only site now. Shame

He will if those shooters are in row Z..

Mkhi was a big miss in the past few weeks and explains partly our dip in form. He is underrated by the fans. His input his obvious (to Unai included) he was our maestro on the right flank, quickly turning defence into attack, always available in tight spaces to receive a pass and defensively sound.

I wish he scored more goals though ; he had been poor with us on that department

I deliberately left it out as I’m focusing only on the positive right now 😉 But you are right!

The main problem is the change of system. We also were bad with him, more than once.

I’d consider selling him. It will free up 120K. Plus Elneny that would be 175K enough to bring someone in without forcing issue with Ozil unecessarily. Mslintat saddled us with 3 ex Dortmund players at 30+ with high contracts and low sell on value. Mhkitaryan performs similar function to Ozil and Ramsey. Should we keep Ramsey rather than try and pocket 16m off of Juve, we have a 27yr old who may also be useful with looming Brexit issues and increase home grown quotient. It will be far more difficult to find as accomplished a local player as Ramsey with… Read more »

Ramsey is a done deal, we will not be getting anything for him