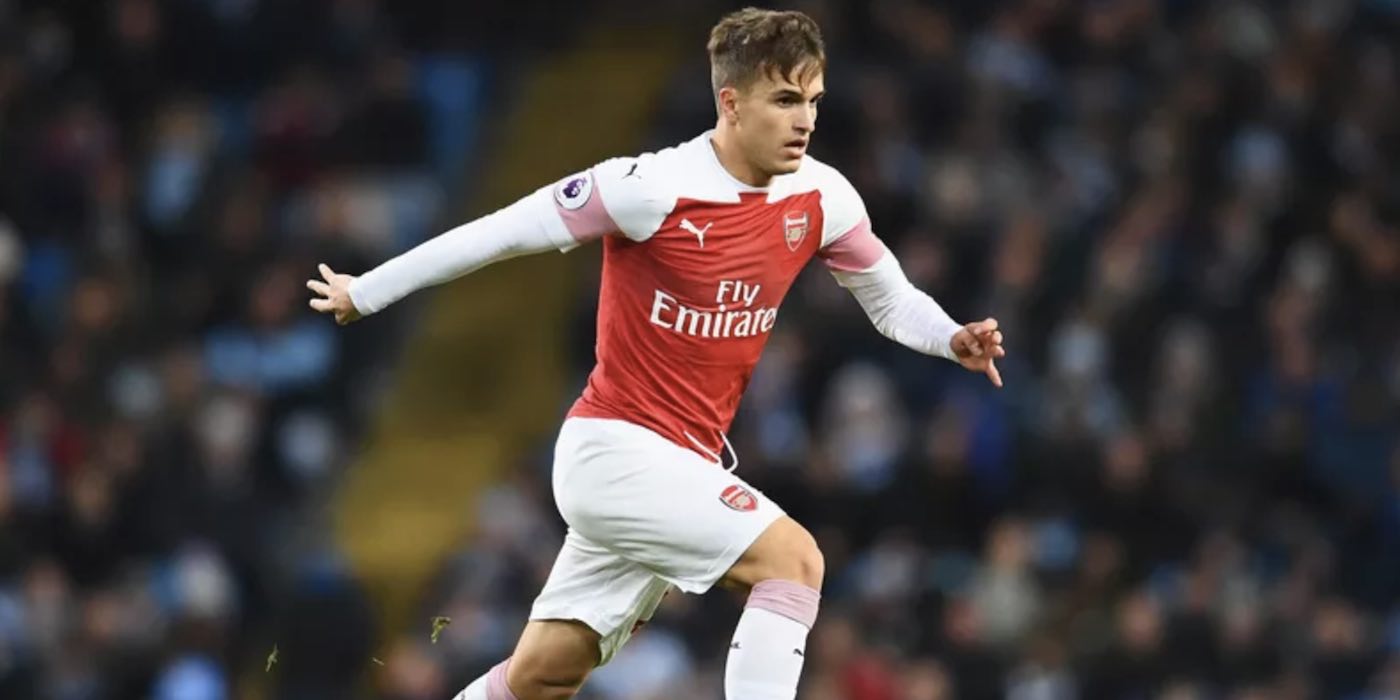 In recent weeks there have been a number of articles – from sources of varying degrees of trustworthiness – about the future of Denis Suarez at Arsenal.

It’s a curious thing that a player we loaned at the end of January is already the subject of that kind of speculation, but such is the world we live in.

What is for sure is that the Barcelona man hasn’t really figured a great deal since his arrival. He has yet to start a game, featuring for just 95 minutes of the 900 minutes Arsenal have played, and at his press conference today Unai Emery wasn’t providing any guarantees the situation would change.

The Spaniard admitted it was normal for his compatriot to take some time to settle in England (even though he spent two seasons at Man City), but wouldn’t be drawn on whether or not he’d feature more in the weeks ahead.

Asked if Suarez was doing well, the boss replied, “I think yes. I think he is okay for starting in the first 11 or for giving us this impact after.

“But I think now, our focus is collectively very strongly focused on helping in 90 minutes, or 50 minutes, or one minute.

“We are going to need every player for the next matches. We have a lot of players ready and with a big mentality and a big performance for playing and helping us.

“For me, like that, we can be stronger, more competitive for taking big performances. With Denis, or with another.”

The simple fact that we have eight games in the month of April will mean Emery has to rotate, and that should give the 25 year old a chance sooner or later, but we’ll have to wait and see exactly what kind of impact he can have.

Let’s hope he can make a positive contribution at some point.

strange signing. Reminds me of the Khalstrom loan deal.

Suarez looks too small for the EPL I think.

Torreira, Sterling, Mane, Silva, Cazorla, Coutinho. Ever heard of them?

I didn’t want to go so far back but yes….

We are thanks to Raul and Sven in the “PANIC LOAN” era after all.

Kallstrom scored a key penalty and another decent goal whilst he was with us. I don’t think we should have taken Suarez but if he can contribute something then it could pay off

Messi would also look small for the EPL. There you go, I just solved the debate on whether size matters.

I agree..but ill use the word weak rather than small

It’s really not very similar. Kallstrom was signed as a past it footballer from Spartak Moscow. He had a back injury when he joined us and it was extremely odd. Suarez is a young footballer who has shown flashes of brilliance and he plays for Barcelona. He was obviously signed as a back up due to the long term injury of Danny Welbeck and the unreliable fitness of Ozil and Mhki.

1. Spartak paid his wages during his back injury. 2. Santi was injured and our freekicks and corners were(haha) shite 3. Källström was not past, he was peak, just nobody in this goddamn industry could see the obvious 4. Basically won us the FA Cup with lil help from Ramsey 5. Training sessions with Källström improved everyone (including coaching staff) by at least 16% 6. You Sir, are odd. It was the most obvious move, a pity that we didn’t sign Källström straight from Djurgarden or Rennes. 7. Källström regrets everything he said about the WC2022 in Qatar and still… Read more »

You seem to think Kallstrom was the second coming of Bergkamp.
Are you Kim’s agent?

It’s Källström and i was fucking great!

What I particularly appreciate is the fact Denis is clearly Unai’s choice and therefore it demonstrates he doesn’t play favourites. He prioritises the team and performances over individuals and internal politics. COYG

This a a good and true point. To be remembered if benched an Ozil or any other player again.

I see glimpses of great bursts last time I see him. Let’s hope he will take his chances.

Surely Suarez was signed to provide back-up/depth. We have had no major injuries so have not really needed him, but its better to have had him and not needed him, than to have needed him and not had him. Although, I imagine that he’ll probably get some minutes in the busy final weeks of the season.

I thought he looked like a bit of a bright spark in the uae match.

I have a feeling he was maybe brought in by Unai as a potential solution to aleviate the lack of creativity if Unai and Ozil didn’t make up. Thankfully they’re now on the same page, Ozil is back and the team are better for it.

It’s all very odd. I’m not convinced that Emery actually wanted him that badly and perhaps others at the club (closer to Barcelona?) pushed the loan through. Also, all the other reported loan options fell away in January so I guess we were stuck with this one. Who knows? Anyway, unless there’s a huge turnaround it certainly doesn’t look like Suarez will be with us in 2019/20. I’m sure we can spend the £18 million Barcelona want for him better elsewhere.

If we want a creative attacking midfielder/winger…im no so sure. Not for that price.
Also, Barça were already calling Raul names and almost refusing to deal with him…for doing the same job for us as he did for them…so i dont think your “closer to Barcelona” theory holds up.

Why are you trying to find trouble and create issues where there may not be any? We needed cover, and i think he was an ok pickup. He may yet contribute before the end of the season, and I’m not sure anyone has really seen enough to say this guy won’t make it. COYG!!!

They need something to write about I guess. The Barça nut at work thinks its a shame he doesnt get any real game time to show what he can do for us. He also thinks it was a shame he didnt get more playing time for them this season. He rates him very highly, thinks the kid is amazing, but low on confidence at the moment (the moment being this entire season). He came to us at a time when Mkhi and Öz just kicked into great form, and we’re winning games. And I think thats the only reason he… Read more »

Unlike Liverpool or Mancity or Spurs, Arsenal never buys from proven players of PL teams. So, no matter whoevercomes to PL with that amount of money, they will take another 6-12months to adjust with the league.
Suarez is only 25. For me a player’s best form comes at 27. Hence, It is better to keep Suarez for the longtime gain then short time solution.

Simply bringing his price down! Unai it makes sense!

He was good in the game in dubai and he linked up with Ozil well.

Panic Loan. He hasn’t had much time thus far and has yet to express himself fully. Still has till end of season but he has to make a strong impression fast. Otherwise we have leeway to explore other options in the summer. Still outstanding a natural winger (particularly who can function at right side so we are less dependent on fullback) This has been an outstanding issue not addressed arguably since we had Alexis in the squad. We tended to be left side over dominant then and we still are now with iwobi and Kolasinac. Centre attacking midfield actually is… Read more »

8 games left and he’s not a first choice yet so probably not much chance to build any confidence before a decision is required on future investment in him.

I think Suarez was signed because at the time being it was seemed like Ozil will be completely pushed out of the team. Hopefully they fixed the problems between them and we can move forward now but on the other hand that also means there is no or little place for Suarez in the team.

Is there clause which force us to buy him at a certain amount of minutes/starts? Is that revealed?

I believe he’ll just be depth cover till next season. I would genuinely be pissed if we signed him for € 20-25 mil, instead of giving ESR/Nelson that spot.