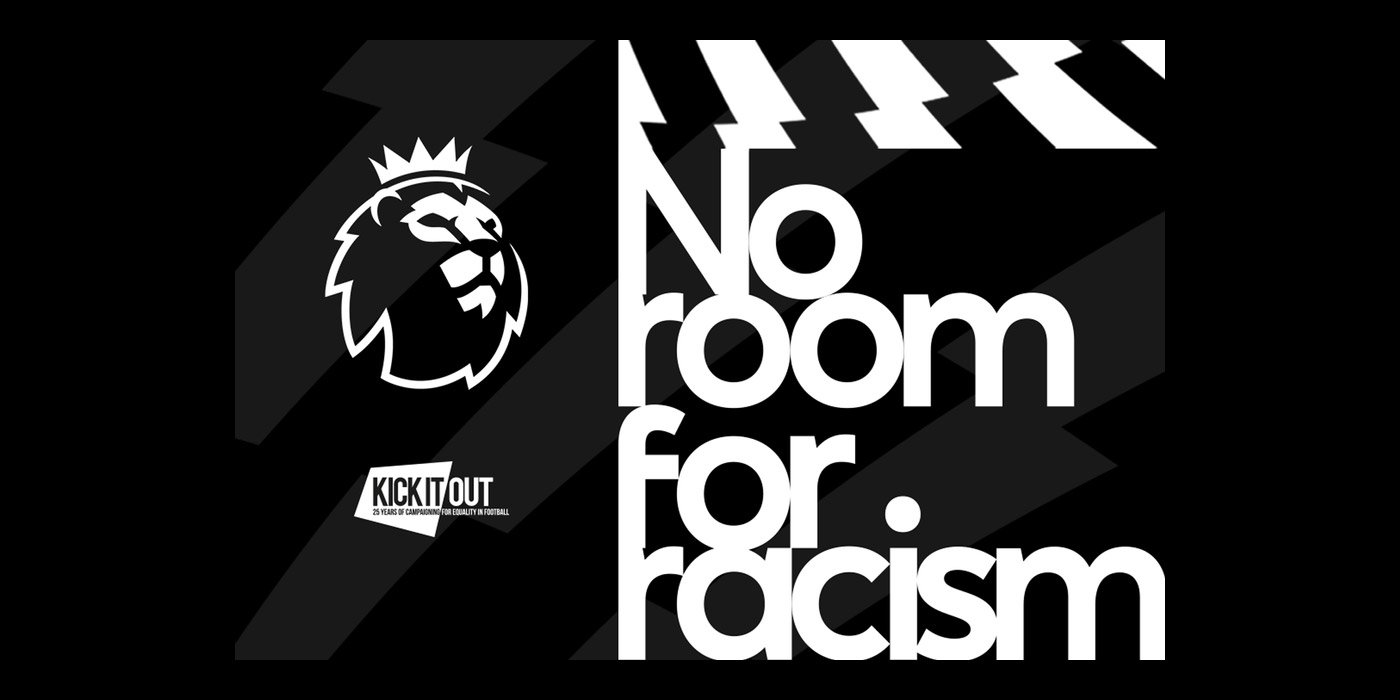 Unai Emery says that everyone should be together to combat racism in football.

It sounds like an obvious thing to say, but sadly we’ve seen more examples recently of how those with prejudices are allowed express them without sufficient punishment from the game’s governing bodies.

This week, Juventus striker Moise Kean fronted up to racist Cagliari fans having been subjected to abuse from the stands. But rather than get full support from his club he was criticised by teammate Leonardo Bonucci and manager Max Allegri for his actions who chose to blame the victim for his part rather than perpetrators for their abhorrent behaviour.

UEFA have consistently failed to sanction clubs and national sides for incidents of racism, handing out paltry fines which act as no deterrent, and even today England international Danny Rose said he couldn’t wait to ‘see the back of football’ because of the abuse and the lip-service the authorities pay to it.

So, when asked about the problem today, and the possibility of teams walking off the pitch when subjected to racist chanting, the Spaniard said, “I am in agreement.

“I think we need to be together for the action we can take and taking responsibility, each team.

“I agree that we need to be together against racism and not let anything with racism in the stadiums.”

It’s something we discussed earlier in the season on the Arsecast after Raheem Sterling brought the issue well and truly into the spotlight when he was subjected to racism at Stamford Bridge.

This is an issue which drifts in and out of the football narrative, but this week’s events have shown us there’s still a very long way to go, and we should all be prepared to do our bit and as when we can.

Maitland-Niles backs Sterling and reveals he was racially abused

‘…and not let anything with racism in the stadiums’.

I was amazed at Bonucci’s reaction–in effect, he treated the racist abuse as if it were the equivalent of the normal kind of stuff that an opposition player should expect. It is not the same.

Cacho
Reply to  A Different George

I’ve heard some speculation that he was maybe afraid of being the captain and coming out too forcefully against Milan’s supporters.

To which I say, grow a fucking spine! I thought he was this pillar of Italian football? Then what the eff does he care what the braindead supporters think?

Not backing your team mate, especially in the face of blatant evidence, is piss weak!

Better tell that to the Chelsea fans..

The amazing thing is these idiots who racially abuse the opposition players forget they have players of colour too. Idc what race, religion, sexual orientation a player has. If they represent Arsenal they have my backing.

Earlier today I finished reading an excellent book by Akala called Natives which makes the whole of issue of racism much easier to understand and even though I’m reasonably well read, I certainly learnt a number of things I had been completely unaware of.

Will take a look- seen him up near me in the east stand a fair few times!

Great recommendation! Haven’t read the book yet but I’ve heard him give talks and he’s very fair-minded and educational on racism and society in general.

It’s easy for us to crack Chelsea jokes, but during my first NLD about eight years ago, some guy behind me shouted “dirty f*cking Jew bags” and I was the only person to say anything to him (same ‘gent’ also abused Szczesny for being Polish… his own effing keeper, blows my mind). We all have a long way to go here. I think the FA, UEFA, FIFA, whomever should start docking points for more serious/repeat offenses, and they need to do a better job advertising how to report incidents in-match – I know I’ve seen it advertised before but only… Read more »

Yes, we can’t pretend it doesn’t happen at Arsenal too.

We should start at home. Stamp out our own bad weeds.

Genuinely confused how this statement can be getting thumbs downs…? People who want to criticize racism but reserve the right to be racist? Or genuinely think that there’s no racism/anti-Semitism in some of the abuse we dish out to Sp*rs? Think this would stop us calling out racism elsewhere (it doesn’t). Or just confused and think a thumbs down is showing that this makes you feel sad? Very much hoping that 7/34 comments is too big a minority to be reflecting the proportion of actual racists on these boards?

Wow, hats off to the moderators in that case…

Vonnie
Reply to  A Yank in King Arsene's West Stand

Every single Arsenal home game has an announcement about how to report any incident, and all the Arsenal stewards are fantastic and approachable. Racists and idiots who abuse or run onto the pitch are a tiny minority, and the club does their best to stop them. I’m glad you stood up to him, I would too, it’s up to all of us. I’ve heard the calls for docking points and playing in empty stadiums, but we shouldn’t all be punished and treated like vermin because of a toxic minority, we can all help to stop them.

In the case of repeat offenders like Chelsea or Cagliari (Kean is only their latest victim sadly), I’m afraid I disagree. Dock them points, close down a stand or two, partial stadium bans… all these disciplinary measures should be on the table.

The problem is racists are fundamentally cowards – they seek safety in numbers. So clubs and fanbases can’t shirk their collective duties.

Politicians stoke the flames then claim there’s nothing to be done. Football must not play the dangerous game of normalising racism.

The response certainly needs to be stronger. The recent laughable punishments send out a clear message that the authorities don’t think this is important and don’t intend to address it. For the people that are on the receiving end it must be easier to deal with the abuse from idiots than it is the indifference to it happening.

A Yank in King Arsene’s West Stand
Reply to  Vonnie

I know they do make announcements, but the eight years that I’ve been an ST holder, I haven’t absorbed it and can’t imagine I’m alone in that. They should just have it pop up on the electronic hoardings every so often.

All clubs – including Arsenal – appear to suffer from a small minority of racist and/or anti-semitic fans to one degree or another. It should be stamped out wherever it happens.

It’s mental that it is 2019 and this still needs to be said. World, what’s going on?

There’s a lot of evidence to suggest that Gandhi was a bonafide racist I’m afraid. Maybe not the best person to quote there.

Most of humanity consists fundamentally of morons and hypocrites. On all sides. That will never change.

Id say there is no place for racism in general….