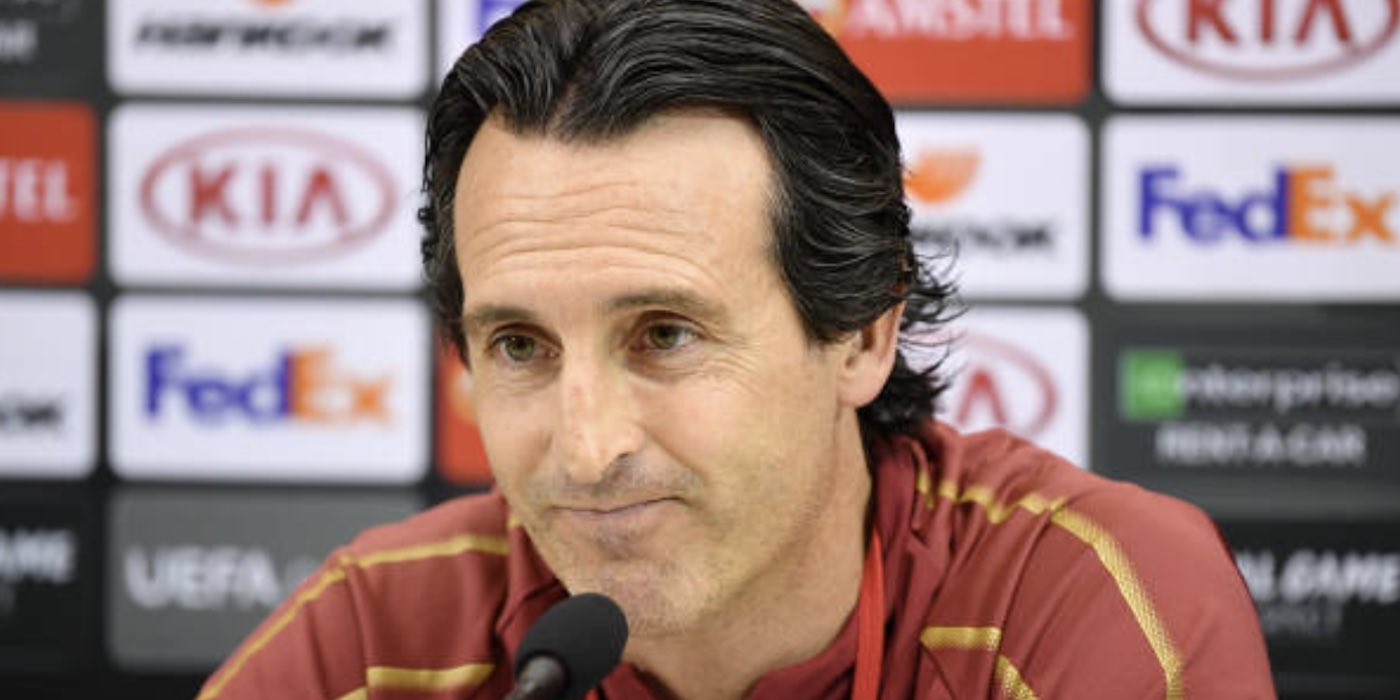 Unai Emery says that while his team has to be defensively secure, his first thought is for Arsenal to win the second leg of our Europa League quarter-final against Napoli.

Having won the first leg 2-0, scoring in Italy will leave the Serie A side needing to score four times to win the game in 90 minutes, and that’s clearly playing a part in how the Spaniard is set to approach the tie.

Speaking this evening, Emery said, “Our mentality is to think about preparing the match, starting the game by attacking when we have the ball and have the space to run. We want to defend as well.

“Our first target is to win. When you score when playing matches like tomorrow’s match, you can create a good advantage.

‘We know it’s going to be very difficult because they can score two or more goals with their attacking players.

“Our mentality tomorrow is to play the match thinking to win.”

Nevertheless, the Arsenal boss is respectful of quality opposition who do have players who can cause us problems.

“We want to play thinking about winning, scoring, stopping them and being together tactically,” he continued.

“We want to attack the space and respect the tactical structure, as well as individual work of Napoli. Insigne, Zielinski, Mertens… there are lots of players with a big quality to push against us and give us problems.

“We have players with the capacity to fight against them with quality and also to be together to be solid.”

Good Ebening…. We are going to have a big performance

HelderHughes
Reply to  Unai are meant to be together

The day I understand a press conference and predict a starting line up I’ll be #EmeryOut.

I’m other news, it is the history of the Tottenham.

Between the Premiere and Champions League it was more important from our perspective for ManC to beat Spuds this weekend rather than last night. Hope they do it.

The teams left in CL are still very good. So Spuds barren run could continue.

However Pochettino is proving to be a very good manager. So, hope Real take him soon 😉

We definitely have to win this one, its there for the taking, if we take this contest like a final, then we should forget the first leg advantage, play like it’s all we got. We will definitely smile.

HelderHughes
Reply to  Jack but

One goal and Napoli are screwed

Try to win is right mentality, that should be shown on the pitch. The wrestler Sokratis with captain Koscielny need to do good job at the back.

Arsenal will be through on 3-2 aggregate.

Let’s fucking do this! Come on U Reds!

Koscielny will depend on fitness.

More likely we will rotate with Palace also in mind.

Prob Mustafi-Sokratis and Monreal then Koscielny into the mix for Palace.

In midfield for energy and hustle Torreira-Ramsey-Guendouzi. Granit may need a rest given recent return from injury.

Up top Lacazette with either Auba or Ozil supporting.