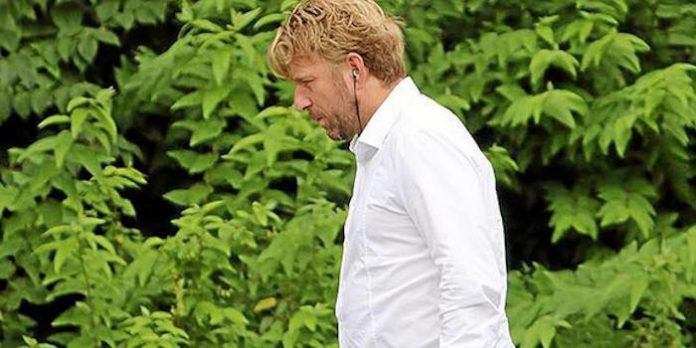 Sven Mislintat is set to return to the Bundesliga with reports in Germany claiming he’s been offered the Sporting Director role at Stuttgart.

Kicker claims the 46-year-old will be charged with revamping the squad at the Mercedes Benz Arena this summer, thinning out the current player roster and bringing in new recruits.

Stuttgart are currently in the Bundesliga relegation zone, so if there isn’t a turnaround in the coming months he could be doing this for a second tier team.

Mislintat left his role at Arsenal on 8 February after 14 months as the club’s Head of Recruitment. It’s said he made his decision to leave after being overlooked for the Technical Director position; a role Raul Sanllehi is yet to fill having failed with an attempt to sign Monchi.

During his time at the Emirates, we signed three players, Pierre-Emerick Aubameyang, Henrikh Mkhitaryan and Sokratis, with connections to his former club Borussia Dortmund, goalkeeper Bernd Leno and the lesser-known Dinos Mavropanos, Matteo Guendouzi and Lucas Torreira.

Bayern’s current Sporting Director is Hasan Salihamidzic, a former player who won the Champions League with them. Clubs tend to favour former players for the Technical/Sporting Director/DoF position because they need to understand the club inside out and be ready to work within those limitations. After the way Mislintat left both Dortmund and Arsenal, it’s very unlikely a big club were gonna him such a major role. Really wish Sven had just stayed in his role as Head of Recruitment and just patiently kept working despite the problems he faced. That’s basically what Wenger did, and that’s how he became… Read more »

He leaves Arsenal for that? Fucking hell!

Possibly, but the amateurish way we handled the whole thing hasn’t exactly covered Arsenal in glory, has it? To allow someone to leave (presumably he was on a contract) without having a replacement lined up is plain silly. The fact that we have since been turned down by Monchi and, according to reports, Overmars as well makes it look worse. Perhaps your question should be: Why didn’t our top two choices want to join us?

Maybe it’s because Overmars is Technical Director at the biggest club in the Netherlands, where he played for 5 seasons, and quite likes it there? After years of development work his team are going toe to toe with Europe’s finest again. Why jump ship now? When Monchi left Roma, the club’s owner did an interview they posted on the Roma’s *official website* calling him out for not doing his job properly. Maybe after that experience he felt going back to a club you know inside out was the best move for him (he came through Sevilla’s youth system)? But yeah… Read more »

I assume that you’re right but if you are, why didn’t Arsenal know that? With regard to Monchi, it appears we actually offered him a £2.5 million a year contract. It’s not a question of news stories that “…somehow make Arsenal look bad…”, it DID make Arsenal look bad and whoever eventually gets the job will be (at least) THIRD choice. How’s that going to make them feel?

Also, more to the point: why didn’t we just offer Mislintat the sporting director job?? The need to appoint Monchi or anyone else would have been avoided if we had just done that. Is Monchi actually a *better* SD than Sven???? Debatable at best. And yes, he worked with Emery in the past, but why should Emery get to dictate his preferred director (isn’t avoiding that sort of thing why we de-centralized power to begin with)? Why is knowing someone from the past–or being the same nationality–considered so essential in these situations? It’s also not as if Sven was some… Read more »

Second what Kaius wrote, and on top of that it is quite likely as simple as personalities that just aren’t going to fit together.

Given the acrimonious departures from both Dortmund and us, it’s just as likely Mislintat is the source of the amateurism.

Don’t see that. If Mislintat had a tantrum because he didn’t get the job he wanted at Arsenal, the question still remains: why did we let him go before getting a replacement lined up? Also, if what Kaius says is correct about Monchi/Overmars, how come he knew that would be a barrier in each case, but Arsenal didn’t? Why waste our time. You can’t have it both ways.

He’s not on terrible terms with the Dortmund guys. They were upset/annoyed precisely because they wanted him to stay. He had had a falling out with Tuchel, but by the time Sven left BD the club hierarchy had actually backed him over Tuchel firing the manager and giving Sven a promotion.
Plus, as I say above: Amy Lawrence is one of the best journalists covering Arsenal, and she spoke in very complimentary terms of Sven when he left, not just about his job but as a person.

The question remains: WHY DIDN’T WE JUST GIVE HIM THE DAMN JOB?!

Doesn’t negate the fact that he came to us from a top German club and then left to join a club about to be relegated from the Bundesliga. That gig is way below the level of his two previous ones.

Bring back Mislintat and Wenger and Keown, get rid of Raul and Vikram and Bould.

Poor you, someone calling for your head already. Maybe Richie wants you out of this blog for previous sin 😉

*Hello, this is Vikram!*

Who is Vikram? Also, why Wenger again?

Because Wenger loves the club and has our best interests at heart, whilst Raul and Vikram do not, and I don’t trust them, and Mislintat because he had signed quality players for us, and again, I’m not convinced Raul/Vikram are gonna be a success in the transfer market in the same way Mislintat’s had been. Wenger/Mislintat would be a better director of football partnership than Raul/Vikram. And Martin Keown because he’s Martin Keown.

I think this shows he was more about being part of a big overhaul project, what he understandably assumed he was going to be involved in here at Arsenal, rather than what some believe was simply a case of egomania/entitlement. Honestly, if we haven’t actually got anyone else truly lined up, we shouldn’t overlook trying to tempt him back before Stuttgart finalise a deal. Of all his acquisitions it’s only really Lichtsteiner who was a questionable overspend, but whilst he’s limited a lot of us were happy at the time as he was bringing a lot of experience to a… Read more »

Awesomesauce25
Reply to  Leno me, I’ll be your friend

Licht was free. Doubt he’s on big wages. Hard to classify him as an overspend.

Leno me, I’ll be your friend
Reply to  Awesomesauce25

This opens up old wounds – deep ones!

It was Wenger with too much responsibilities earlier, now it seems to be Emery, albeit supported by Sanllehi. Somehow it doesn’t feel like a budding Wenger – Dein duo. The public courting and failure to get Monchi erodes confidence mainly in Sanllehi.

It was never going to feel like Wenger- Dein. We need to get past that. For starters there was already a lot of underlying structure and strong points within the squad. Like, for instance, an actual solid defense and strong squad leadership with personality. Emery and Sanllehi are not so lucky there. We had a few great spots of talent, but nobody can say there was that strength of cohesion and on pitch leadership. Koscielny leads by example, not so much vocal personality. Papa brings some welcome gravitas. In the future I see Xhaka and Leno taking up that mantle,… Read more »

Plus the (seemingly reliable) info that part of the disagreement was that Sven wanted to use his analytical methods for recruitment whereas Raul wants to rely more on his little black book of personal European contacts: a recipe for disaster!

At least Stuttgart have got someone. The relevant question for us is why our top two choices, Monchi and Overmars, have turned the club down and put us on course for a third (or, possibly, fourth?) choice replacement for Mislintat? Doesn’t look good really.

Arguably the best 8 consecutive signings the club’s ever made

Here here.. Sven’s record is astonishing considering the time he was with us.

Say what you like about the man, but his record here (and even including his immense Dortmund record) speak for himself. Only one dude in 7 in 18 months is immense.

He’s clearly a project guy, as he could never work at Bayern, who can buy superstars. He’s called diamond eyes for a reason.

Just bring him back, Raul. You F’ed up. At the very least, Sven is better than having no one at all, which is where we currently stand.

Well that’s a bit of a step down isn’t it?
At least as he’s not joining a massive club we might be in with some chance of nicking the players he finds for them.