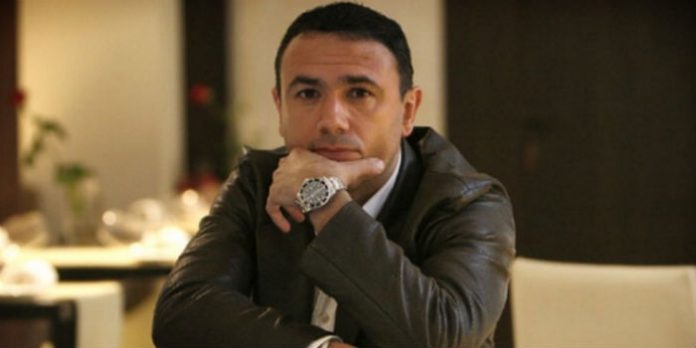 Last month it was announced that we would be parting ways with Francis Cagigao, our Head of International Scouting and de facto Head of Recruitment.

He was the man heavily involved in bringing us talents like Cesc Fabregas, Gabriel Martinelli and Santi Cazorla, and it was his work which led the club to decide on Thomas Partey as a key target for this transfer window.

He was part of a restructuring process which saw most our scouting network across Europe laid off.

He released a message to the club and fans after his Arsenal journey came to and end. He said:

Today is my last day after 24 years + at The Arsenal. The Club I started at as a youth player also, back in the late 80s. Everything in life has a start and an end. This is no different. Now I will look to the future but never forget the values instilled in me. People like Arsene, Pat Rice, David Dein, Steve Rowley, Don Howe, Stewart Houston, Ken Friar, Terry Murphy, Terry Burton, David Miles, many top top scouts both international and UK, at senior and academy level all these years ( thank you guys you are the best) and loyal hardworking colleagues over the. years plus a lot of staff in the background.

I thank you all for your courtesy, warmth and professionalism all these years. I truly respect you all. Also to the fans, the Club’s heartbeat, a lot of those who have sent out messages to me these past few weeks, I wish you all the best. The Club has a very good head coach and are not far from building a winning team, a lot of good groundwork has been laid.

Wherever the future takes me from Tomorrow onwards I will never forget my time at the Club and feel privileged to have played my part Stay safe. My best regards to you all.

Arseblog News wishes him the best of luck wherever he ends up.

Top guy, still strange that he is going with his record of transfers in.

I’m thinking some other team will snap him up, though hopefullly not a competitor of Arsenal.

Good luck for the future.

Though he looks like he was losing it towards the end of his statement above, lost control of his punctuation and capitals a bit…

Regards the typing errors, he was probably feeling a tad emotional and who can blame the guy? He has been such a big part of this club for a long, long time. Indeed, I found myself feeling very sad just reading his list of Arsenal stalwarts that are no longer part of this club. For some reason, it made me think of Highbury, both then – and as it is now. Of course, to some of our younger supporters I don’t think this will mean an awful lot to them, and that’s understandable. But to us old scrotes who used… Read more »

I was kind of hoping for a more South Park exit.

“I’d like to now read from a carefully prepared statement.

That’s what I meant by ‘losing it’. Must be v sad for him.

Yeah I think your gag didn’t quite land for 35 people. I thought it very amusing.

Before you read too much into this, follow the link provided. The screen capture on there shows that the original Cagigao message did not have many of these issues. I think only “from Tomorrow onwards” was strangely capitalized, but I assume he wanted to emphasize the future here.

It was intended humorously…

The emotion of the moment, I suspect.

Dispossesed by Torreira
Reply to  C.B.

Agreed. It’s a bit strange. I don’t expect him to be out of a job for a long time though. All the best ❤️

VAR will solve the problem
Reply to  C.B.

I was expecting the club to outline the plan for future recruitments. How do we identify new talents for the mid-term and long term? Are we hiring newer scouts? Relying on video technology? Or on agents to bring players? Who is going to scout them in action? Or are we done with recruitment for few years? I’m sure they have a plan. Would have been nice to know how we move forwards after the dissolving the scouting system.

Zyrth
Reply to  VAR will solve the problem

Yeah I thought with the dismissal of Raul we aren’t going down the path of relying on agents/Kia for recruitments and instead gotta roll up our sleeves and actually scout. Weird that he’s still going after Rauls left.

I think that the job cuts are from the Kroenke end. On the face of it, firing your entire scouting organization seems insane, Obviously, they’ll save a considerable amount of money. Maybe the “plan”, such as it is, is to hire an entire new scouting staff after a vaccine is released. (?) Your guess is as good as mine ….

Honestly I’m baffled at the state of things. Who will do our scouting now, Edu?

I hope he gets a top job. All the best!

That’s a really classy exit message. Thank you Fran and best of luck on the next part of your journey.
I can’t help but feel that this might come back to bite us in the arse. A lot of the club’s great characters have been let go.

It’s Stan and family who need the bite in their arses, Merlin. If there’s any chance that you could arrange for such an occurrence, we’ll all chip in to buy you a Reuben Panini (Corned beef topped with melted Swiss & sauerkraut. Served on grilled rye with 1000 Island dressing).$10.99. Yum!

Not surprised, but its interesting how he does not mention the owners or current executive committee. Wonder if we’ll ever hear exactly why he had to go. Thank you for your service and all the best?

Yes, I noticed that too – feels quite pointed.

I know some people who ‘left’ recently had to sign iron-clad NDAs, I wonder if there’s something like that with this situation.

Is this a standard procedure or does it speak to more “smoke” coming from whatever went on between Sanhelli and Tim Lewis?

Well, it happened before the Tim Lewis arrival.

I see, so not objectively unusual or uncommon practice for the club.

Not really, but sometimes you have to wonder why an NDA is required. Esp when you look at what happened since Sven’s departure.

I’d imagine maybe part of it is just to legally protect things they’ve done at Arsenal? Like for example, if Chelsea hire one of these execs, they can’t show up on day 1 and spill all of the details on Arsenal’s strategy, structure, players they are targeting, etc? Or do similar to the media out of spite? Not that it would be 100% enforceable, but just to have a legal doc to prevent blatant behavior like this.

It’s common for non-disclosure agreements to also include non-disparagement clauses, so you can’t even give your opinion, even if you’re not revealing anything.

That would make sense.

There are some people who have left this club over the last couple of years who could really tell some stories ?

Which, in itself, kind of tells you all you really need to know; NDAs aren’t implemented for no reason. Back in the day, the club kept its hand very much close to its chest, because that just the way The Arsenal had hitherto always operated. Now, it’s a sad reflection that any kind of secrecy and one can’t help but feel that there’s more than a few skeletons in the closet. That goes for the game in general by the way, not just this club. It’s my experience that these are the things you often get to the bottom of… Read more »

I doubt we’ll know the full facts. There could (well?) be some sort of clause in his settlement agreement preventing any detailed disclosure.

Thanks for all that you have done for Arsenal Football Club, Franny.

He will be missed, in more ways than certain people, especially the board, think. The decision to more or less remove our entire European scouting network is going to come back and bite a fucking great chunk out of this club’s arse (no pun intended). It will benefit our competitors and no one else.

Couldn’t have said it any better.

Did anyone feel like they’re being ‘scouted’ in the process of reading his message…….
the start n end, people list

What a respectful chap

If he’s really good, he’ll get another job soon.

ps. How do we know he’s behind our Partey interest?

Still looks an odd decision to me. Let’s wish him luck. I doubt he’ll be out of work for long.

Thank you for your services, Francis. Classy guy.

So why is still being sacked now that Raul has left the room? Is he useless/we can functions without scouts or am I missing something?

So sad to see him go. His track record has been amazing, and in these days when the budget is tight we still could use someone like him with a proven track record.

Good luck on and thanks Fran. Once a gunner, always a gunner.

Too sad that he is leaving. The stars that he discovered for our team made him w genius at his job.

Our bewilderment, our sympathy, our regard, our best wishes and most humbly our gratitude for your loyalty, professionalism and achievements. Good luck Fran.