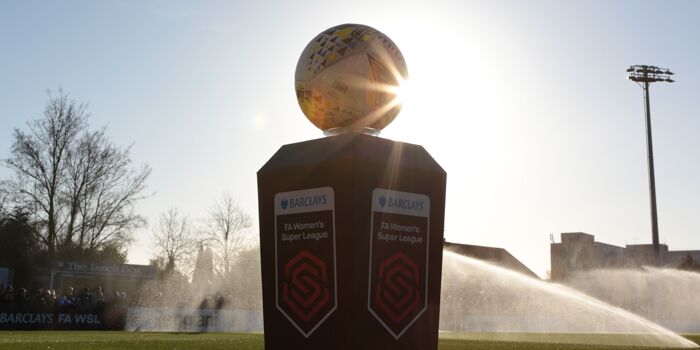 NBC Sports will show 50 live Women’s Super League games during the 2020-21 season the US network has revealed. The WSL gets underway this weekend and Sunday’s match between Manchester United and Chelsea will be shown live on NBCSN. Arsenal’s WSL opener against Reading will be streamed live on the NBC Sports app on Sunday.

NBC say they will show matches across their sport platforms with 12 matches on NBCSN, some on the NBC sports app and some on NBCSports.com. With USWNT stars like Rose Lavelle, Sam Mewis, Tobin Heath and Christen Press temporarily moving to the WSL this season, interest Stateside is set to increase.

WSL matches were available to viewers in the US last season too through the FA Player app but this will certainly increase eyeballs and interest, especially with a full NWSL season unlikely due to the situation with COVID in the US (hence the temporary influx of USWNT players for 2020-21).

“We’re excited to partner with Atalanta Media to bring this world-class Women’s Super League competition to US television for the first time,” said President of Programming for NBC Sport Jon Miller.

Global streaming service DAZN have also struck a deal with the WSL, they will stream 44 games throughout the season to territories in Germany and Italy.

Remember, if your territory doesn’t have a WSL TV deal and in the UK so long as the game is not being screened live by BT Sport or BBC, all WSL matches are free to view and not geoblocked on the FA Player. Basically, wherever you are in the world, you can watch every Arsenal WSL game this season.

What is the WSL?

It’s basically the Women’s Premier league although some of the teams are different.

It stands for women’s super league

Thanks – obvious now you say it!

I had down voted this because I dislike when people won’t do their own search instead of asking. It’s a searchable question. HOWEVER, Tim, as a journalist should know better than to use an acronym without spelling it out the first time.

This is great news for my football (soccer) loving girls who I’ve turned into Arsenal fans and complain to me that I don’t watch enough women’s football.

I have a five year old daughter who sometimes will watch with me when Arsenal plays. I too am excited to show her these matches and hope it helps her build a stronger connection with the club and the sport in general.

Who have Heath & Press signed for? Utd?

I’m happy with our summer business, however I’m a tad jealous of Rose Lavelle signing for City – great signing, would have loved to see her at Arsenal.

Yes, they are going to United on loan. I like Lavelle but am not sure she would get into Arsenal’s midfield, which is very strong and she has a big injury history. I think Mewis is the better signing, personally.

Watched every arsenal women’s game on the FA app last season. Would sometimes have a men’s match on same time! Glad some coming on nbcsn this season

The FA Player is nice to have, but with replays unavailable as far as I could tell and no app to watch on TV, this will be a great option for those of us in the States who want to watch and support all our Arsenal teams.

ill be one of the few watching, glad to see the WSL getting some recognition