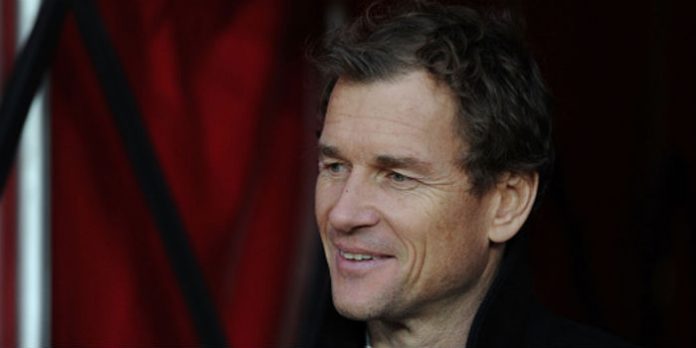 Jens Lehmann and Stephan Schwarz have both lost their jobs at relegation-threatened Augsburg following the sacking of head coach Michael Baum.

Lehmann, who was forced out of Arsenal when Arsene Wenger departed the club last summer, was only drafted in as assistant to Baum in January.

Schwarz, who IS NOT Stefan who played for the Gunners during the 1994/95 season, was the club’s Technical Director.

Augsburg have won just two of their last eight games and are currently 15th in the table, four points ahead of Stuttgart. Should they drop a position in the final weeks of the season they’ll face a relegation play-off.

Anonymarse
Reply to  Leno me, I’ll be your friend

Not the ex-Gunner schwarz I reckon. This sacked one’s a German Stephan, where ours was a Swede Stefan > https://www.transfermarkt.de/stephan-schwarz/profil/trainer/1656

Out of anyone you’d think Lens would have saved his job.

really? he’s not the most politically correct professional. he would definitely have given the management a piece of his mind! so yeah, a definite exit beckoned

I could put ‘But he’s a keeper…’ if that helps.