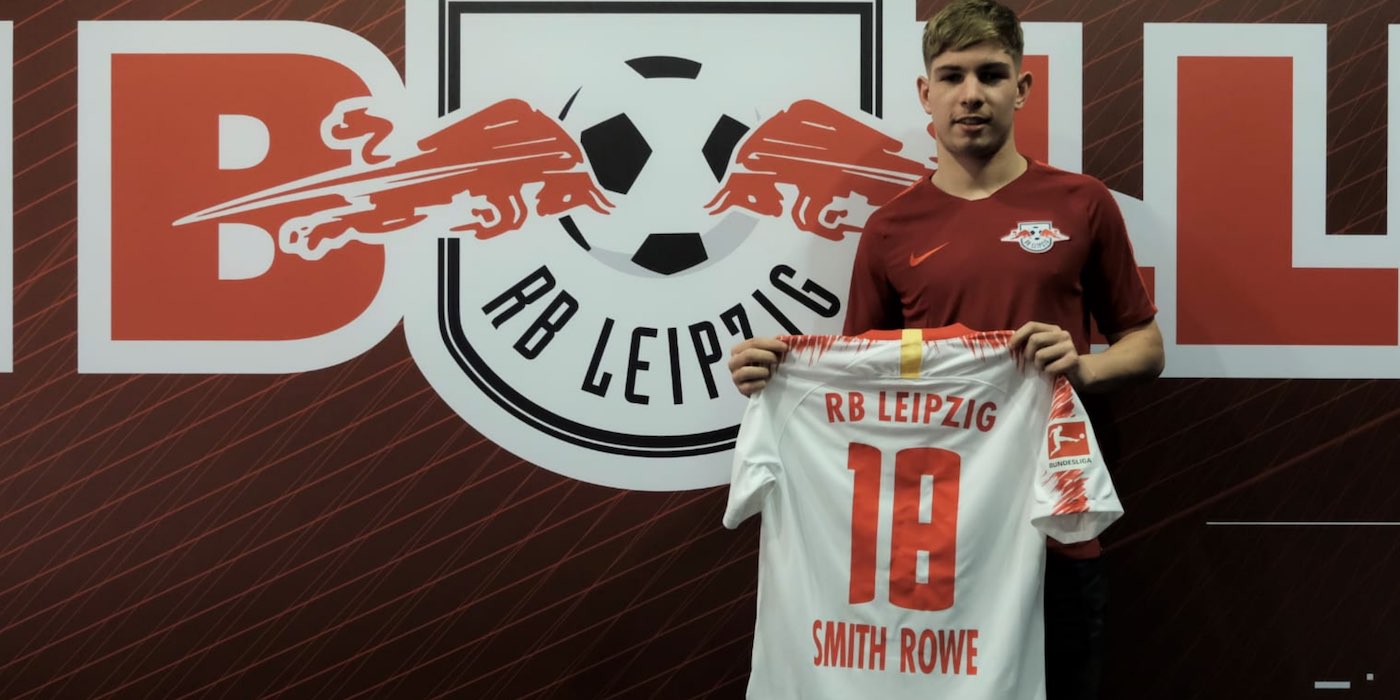 Emile Smith Rowe hasn’t kicked a ball in anger since his goalscoring performance for Arsenal against Vorskla in Kiev last November.

Since then the 18-year-old has been trying to shake off a groin strain that has meant he’s not played for RB Leipzig despite moving to the German club in January.

Thankfully, the attacking midfielder is on the mend and having returned to first team training looks set to make his Bundesliga debut.

Providing an update on the status of his squad ahead of their clash with Wolfsburg at the Red Bull Arena on Saturday, coach Ralf Rangnick said, “Emile Smith Rowe will more than likely be in the squad for the first time. He’s trained all week and gives us another option.

“He’s shown in training why we took him on loan. He’s got a brilliant mixture of good physique, speed and an unbelievably good shooting technique.

“If the game allows it, it’s possible that we’ll bring him on.”

Lepizig, currently third in the league, have six games left of the Bundesliga season and are in the semi-finals of the DFB Cup where they’ll face Hamburg. Fingers crossed our boy can get a few games in before he returns to Arsenal in the summer.

Arteta bemoans lapse in concentration after frustrating night in Rome

Good lad, have a lot of confidence he can make a career at Arsenal based on what we’ve seen so far.

I believe Smith-Rowe is the reason why the club were more willing to let Ramsey leave. We need Emile next season. Can’t wait to see him develop.

Show them the stuff you are made up of, Son.

“Unbelievably good shooting technique,” is exactly what he needs to show among other things.

That must have been a Guendouzi of a groin strain, yikes! Glad to hear he’s recovered and ready to show his abilities.

Good luck to him, let’s hope he has a successful spell there.

Let’s hope he gets some playing time.

We know he’s good, as in really fucking good.

He just needs to convince a few Germans.

Pleased he’s finally going to get a few games in, but it still feels like he was loaned out to make room for Denis Suarez… who has featured not so much either. Would esr have benefited more from staying at arsenal this year? I’ve no idea, but when you have young talented players and a new manager, it seems like keeping him might have been better regarding emery’s expectations

I’d rather Suarez fill the role in the squad of back-up who rarely plays, and ESR go out and potentially get a few good games under his belt…