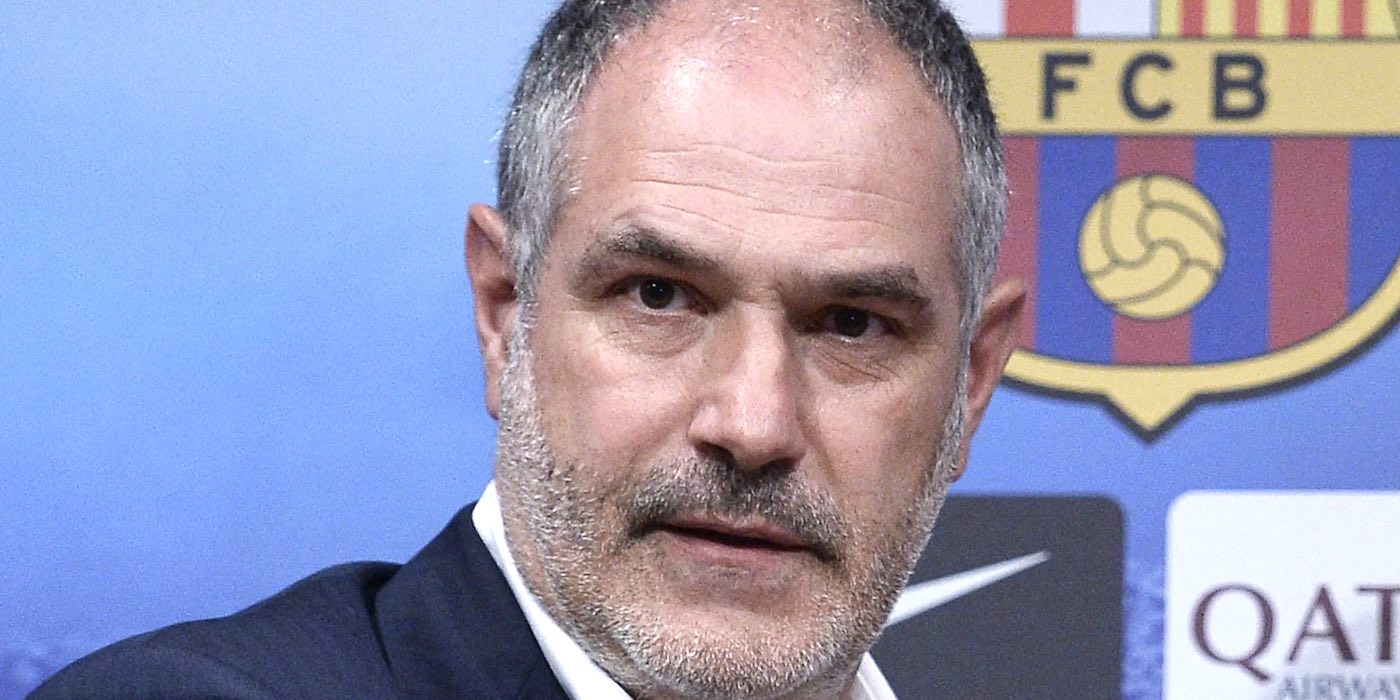 According to L’Equipe, Arsenal are interested in appointing Andoni Zubizarreta to the role of Technical Director.

They say the Spaniard is ‘tempted’ by the offer, which would see him link up with his former Barcelona colleague, Raul Sanllehi, who is currently our Head of Football.

After the failed pursuit of Monchi, who returned to his former club Sevilla, our interest is now in the Marseille Sporting Director, and he is said to be uneasy with his role at the Ligue 1 outfit.

The 57 year old, who remains Spain’s most capped player of all time, spent five years as a Director of Football at Barcelona before being sacked in 2015, and he’s been with the French side since October 2016.

Sanllehi is apparently the driving force behind this deal, even though Arsenal were keen to point out the failure to appoint Monchi wasn’t a big blow to this summer’s transfer plans which are reportedly well underway.

It would increase the Spanish management contingent at the club, some might worry it’s a bit too comfortable/jobs for the boys, but we’ll wait and see how this one plays out.

One of the requirements for consideration for the position must be “has beard.”

Roy Keane wanted the job got disappointed and gave up then.

When I saw a picture of Monchi without his beard, I’ll admit I was a lot less impressed. The whole Bond villain look was gone–he was just some guy.

Apparently a beard is a requirement for anyone who considers themselves a ‘real’ man these days. I blame Mumford and Sons, and protein shakes, for the sheer number of buff Abraham Lincoln lookalikes all around us.

Please no! I follow Marseille and is work there is disastrous. Overpaying for more than average player such as Mitroglou, Germain, Gustavo, …
Nepotism is never a good idea

This is my fear with Raul.
He seems to just be building his old team, even though all of his old team, including himself, got fired.

And… he’s gone! Just accepted a stockroom assistant role at Waitrose in Hove, it’s less money but it’s closer to home and he get’s to take a sack of Valencia oranges home each Friday.
Who’s next? ?

Full on ‘meh’ with this link.

Yes Barca have an amazing team with an amazing academy. However, apart from them recruiting the established stars (with mega transfer fees) how many hidden gems have they unearthed in the last 15 year???

If there was a poo-meter, I hope this would be on the mega diarrhoea side of the scale.

Random guy who used to be employed by Barcelona and/or knows Raul is the apparent prerequisite here. Jobs for the boys indeed. I’d be happier if we went with Morrow to be honest.

What is the difference between a Technical Director, a Head of Football and a Director of Football? And aren’t we trying to replace a guy, Mislintat, that was none of those things? I have no idea of what we are doing.

Once in charge of Negotiations, the other scouting/recruitment decisions.

Wenger use to do the later whilst Dick Law would cross the dots and Ts.

I’m interested to understand what you think “cross the dots and Ts” refers to.

The “Spaniard”. Again.
I hope the spanish nationality is not a requirement for the job. We should be getting the best man out there regardless of where he’s from, or if he ever worked with Sanllehi before.
I must say, Raul’s performance at the club does not inspire confidence.

I won’t trust Raul either.

Some of the negotiations (together with Mslintat) have been poor.

Rather we balance him off. OK to get a “spaniard” but it needs to be a bit of check and balance.

Lille LOSC. They are SECOND in Ligue 1 behind high spending PSG.

No mean feat. Campos was with Monaco. Remember Mbappe and friends?

Problem. Chelsea are after him.

BUT if we are ambitious and we want habla Espanol, I’d get Campos.

Or if we want to continue with German, Michael Zorc at Dortmund.

BC more than the over rated Mslintat, he is the man responsible for the success of the German club.

Arsenal must get on with things asap and don’t in future repeat the fiasco of letting people go before a certain replacement is lined up, even if they don’t take up the post immediately. It just looks plain amateurish … because it is!

We’re ultimately not going to have trouble filling this role with talent. It’s one of the best such positions in Europe, and the job will intrigue a lot of people, especially with a return to CL football. I’m more concerned with it being the right person who can both spot and attract rising talent, and also operate within the club’s values.

The Spanish Armada you would say is in North London.

Is your nationality being a “Spaniard” going to be a requirement for all open posts going forward?

What?
Silly decision by Raul.
If you wants a Spaniard that bad, why don’t you go for Luis Campo?
The only guy who beat PSG in these days with Monaco and now stays second with Lille in the “Cow league”.
Andoni? He has done nothing to Barca and Marseille.

Personally I think this is a good signing just because I’m old and remember him being an awesome keeper in Kick Off! This has absolutely no relevance to anything other than I remember Kick Off!