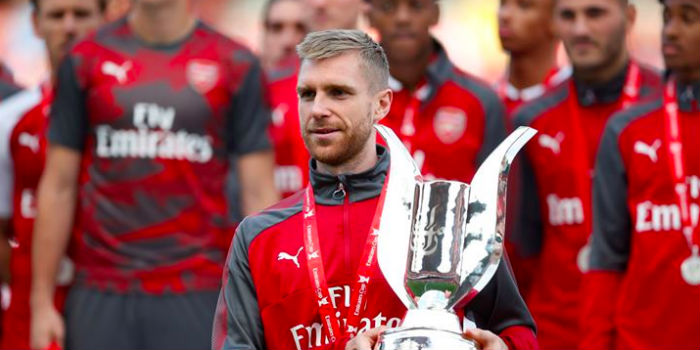 Arsenal have revealed that Lyon and Bayern Munich have been invited to take place in this year’s revamped Emirates Cup on Sunday, 28 July.

Unai Emery’s squad will face the French side, who finished third in Ligue 1, while Joe Montemurro’s WSL champions will go head-to-head with Bayern Munich.

Arsenal Women will kick things off at 12.30pm before the men take centre stage at 3.30pm.

At the weekend, the club confirmed that an Arsenal XI will take on Boreham Wood on 7 July. Between that and the Emirates Cup, the first team squad will travel to the United States for four games against Colorado Rapids, Bayern Munich, AS Roma and Real Madrid.

Tickets for the Emirates Cup can be bought here.

Ahhh, this is what Ivan meant when he said we would compete with Bayern Munich. We would literally face them in several games of football.

Until Unai builds the best team in the world, we will remain at same level as them.

GunnAlex you must be a comedian to have thought about that.

I know you’re joking, but don’t be ridiculous.

Bayern Women team are really good, I’d be happy with this squad of lads drawing against them

It is weird and annoying to play Bayern twice in pre-season, but they are a good team to play for a warm up match, and also brings in more revenue than playing a smaller team would. Not that the increased revenue makes any difference to Stan’s iron clad purse strings

I think only the women will play Bayern.

That’s what I get for skimming articles on a Monday morning!

I assume both of the women’s teams, certainly Arsenal, will be depleted because of the World Cup.

Will there be a cup held in the emirates with the women? There wasn’t one last year? is it just one match against FCB?
Wasn’t Porto confirmed for the mens team also?! any suggestion who might be the third canidate?

Nope no third candidate. Just two games for the price of one, played one after the other. Arsenal Women v Bayern Women at 12:30, and Arsenal Men v Lyon Men at 15:15.

so these two fixtures basically the cup. alrighty. thanks.