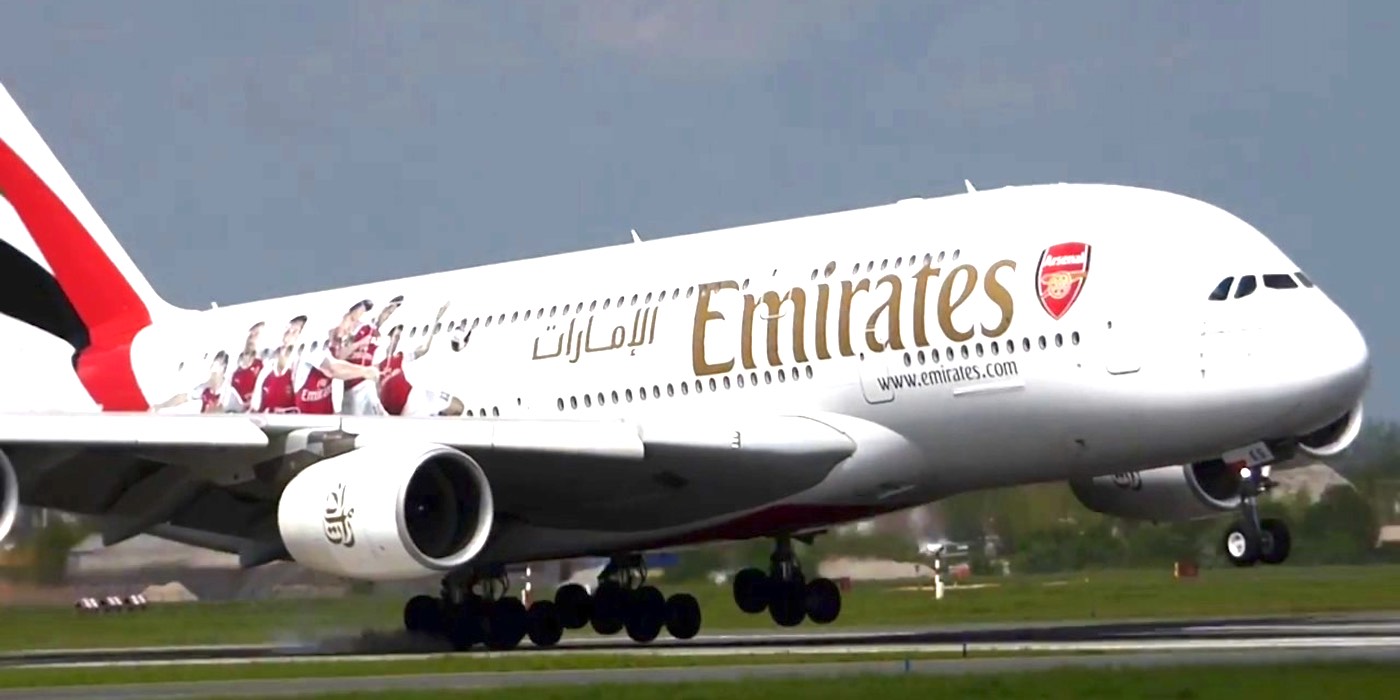 Arsenal’s pre-season fixtures are almost set in stone. Yesterday, it was announced we’d be playing Angers on July 31st, and there are whispers that we might be playing Barcelona the week before the new season begins.

There’s a lot of travel involved, so we thought we’d do a quick look at how many miles we’ll have to travel as we prepare for the new campaign.

These are flight miles only, not including any ground based transport, and based on the assumptions we’re making re: the club’s travel plans this summer.

How far are Arsenal flying this pre-season?

I am not against this – per se. But what I would like to see, is that we try to get our main transfer deals – Outs as well as Ins – over the line, so that the new players can integrate into the squad at a time when the result doesn’t matter.

However, knowing us and the dead hand of Stan, its will all be last minute dot com – with predictable consequences.

I see plenty of opportunity to “accidentally” lose Mustafi at an airport suitably far away from London.

my name is bob
Reply to  Far East Stand

He might make another mistake and step onto the wrong plane!

bob
Reply to  my name is bob

*slide in two-footed on another plane 😉

Then raise his arms in the air while doing that stupefied ‘WTF’ look and trying to blame the pilot.

On his arse, up and away.

He’d be looking for someone to blame

I am ready to walk to work for six months to contribute to carbon footprint compensation for pre-season games.

Wow – I realised we had a busy pre season schedule, but when you see it in black and white like this it looks crazy. I really hope the Commercial guys are cashing in, as the players will be shattered by the time Newcastle away rolls around.

I don’t think the miles are anywhere near as important as the change in time zone.

Having suffered a DVT i have to disagree

I hope all pre-season match to loose ???

I hope they’re all tight.

What we do with MUSTAFI, ELNENY,CHAMBER for coming season ???

Every year we get the same ole shite
Desperately waiting for a game changing signing
Last day of the transfer window???
Same ol same ol
OY VEH,!! What ya gunna do
COYGunners.
Get the prayer mats out
We’re gunna need em

Arsenal words and approach mis-match?
Environmental Policy
“At Arsenal FC we recognise that our operations have an impact on the local, national and global environment. As a consequence of this the Club is committed to taking steps where practicable to minimise any adverse impact that we may have on the environment.“

Fair play to arseblog for pointing that out.

we will see The Jeff again at Angers. He didn’t have good statistics but I once read a pretty good review about him.

Ok. Hype in the chat who thinks Arsenal wil be too 4 this season.

I miss the old days. Barnet away and a weekend of Emirates Cup. Now Arsenal travel miles to make money which the fans won’t really see a cent of spent on players. Ah well, another year of being pushed close to the brink of falling out of love with the game will help

Ya gooner
Reply to  Petit's Handbag

Anyone here planning to go to Los Angeles to see the game against Bayern? I’m looking at traveling down from Canada, but am a bit nervous about the ticket sales. Both Arsenal.com and the stadiums websites link to AXS.com to puchase the tickets. I had never heard of this website so decided to look into it before committing. The site has absolutely terrible reviews and about 250 formal complaints submitted to the better business review in the past 2 years. Living in Canada, I have supported Arsenal since the 1990’s but have never seen them play live, so really want… Read more »

I used AXS for the Chivas game a few years ago and everything was fine. Not sure if they still have a hard ticket option but I went that route. They should be fine.

Thanks. I expect everything should be fine, since I’m sure most people who have no problems don’t post reviews, so the actual chance of problem should be low. But the many bad reviews had me concerned.

I believe it’s the same plane either way…