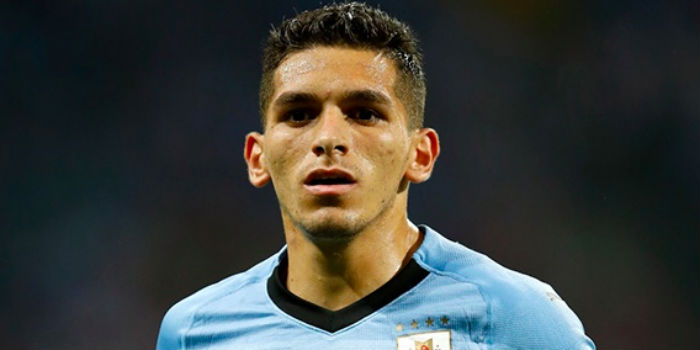 In case you thought the post-season Interlull was done and dusted and Unai Emery’s lads were finally free to drown their Europa League sorrows in 5-star resorts, think again.

Several Arsenal players (and one incoming Technical Director) are now gearing up for more international tournaments all over the globe.

Yep, following on from the final UEFA Nations League and Toulon Tournament we now have the AFCON, Copa America and Under-21 European Championships.

Oh, and in case you’ve been living under a rock, several members of Arsenal Women are representing their countries at the Women’s World Cup in France at the moment. More on that here.

Those Arsenal players who are now on holiday will be expected to return for pre-season training in the first week of July.

A mix-and-match XI will take on Boreham Wood on July 6th before we start to rack up the air miles.

Here’s to wishing Egypt a first round exit

Just because they are the favorites in our group. Nothing more.

In solidarity with a fellow gooner I wish Egypt an early exit too.

So basically football is just gonna become a constant affair; no preseason or breaks whatsoever, just want players to the ground (and thus reduced club performance and entertainment), and sacrifice them at the corporate alter of capitalism for the FIFA executive idols.

Excellent article by Rory Smith about the endless summer tournaments:

Also, I know it is much less disruptive of the European club season, but holding the African Cup of Nations in the northern hemisphere’s summer, so that this year it is in Egypt in late June, is another example of football authorities’ complete disregard of players’ health.

GraeB
Reply to  A Different George

Better than playing in mid-season Europe.

Cacho
Reply to  A Different George

Second Captains were talking to a journalist explaining why so many Copa’s recently. Apparently they’re switching to odd years. And the one from 2016 was the centenary of the cup. Just funny to me that switching to even years means somehow they have like 7 copas in 5 years

*switching to even years

And no cloud for dear Lucas, please! He is our precious lil darl!

On the plus side some could do with extra practice?? Helmet on…:-)

Did Japan always play in the Copa America?

Japan and Qatar are invited guests to make up the numbers for 3 groups of 4 teams.

I’m sure it’s just a coincidence that it’s Japan, a country recently investing in a lot of opportunities in the world (such as through SoftBank and their different funds) and Qatar, another with recent and increasing spending general in football and FIFA, being the invites

Because Spain and Portugal rejected the offer

What about Ospina for Colombia? Technically he is still our player for now…

No, we want Ancelotti to hear it so he doesn’t forget to cough up.

Hope we sell Elneny. Willock is more than adequate from the bench. We need better players in midfield. Keen to see how Guendouzi does. Expecting him to kick it up a notch next season. Torreira’s been OK this season but not as great as some prefer to imagine. Some mistakes leading to goals against us (particularly 4 or 5 around Xmas when he hit the wall) We will need reinforcement in midfield to add to Granit, Torreira and GUendouzi (Willock takes Elneny’s place off the bench IMO) The young Frenchman gives us plenty of endeavor going forward. Ditto Iwobi who… Read more »

Genuinely curious – how much time do you have on your hands?

Copy and paste does not take much time.

How can you compare the use of Mustafi as a rb with Jenkins ons ability at rb?
Emery used them for different roles in their position.
Mustafi can play rb and has done for to win the wc.
Jenkins on is arsenal through and through and if you can’t appreciate or love that then regardless of your lack of thought towards your comments your distain for other fans is deplorable.

Why do you always do this? Are you a broken rouge program that’s just recently escaped the matrix?

Goddamnit! I thought you actually learned something yesterday, and here you are dropping an LP of all your greatest hits… ??‍♂️ I agree with Faisal, you’re just bad ai. If Hal9000 had ADHD and faulty data collection.

Oh wow…another copy-paste, off-topic and no-reply from that guy

Leno me, I’ll be your friend
Reply to  The only sp*rs i like is san antonio

At least he didn’t bring up his low hanging fruit this time! ?

Speaking as an American who is used to athletes from other sports getting several months off (4-5 months for guys whose teams miss the playoffs in hockey and baseball, for instance), it’s kind of nuts thinking about someone like Torreira who just keeps playing and playing with nothing more than weeks, not months, off at a time. And I can’t help but wonder still if Sanchez just finally hit a wall, his body burnt out, from playing so much seemingly every year. At least that’s not our problem now. [Insert “Micki!”]

I wonder will Silent Stan bother his arse showing up to the games in the US?
No doubt he will I suppose, it’s a good oppertunity to blow his own trumpet in his homeland. #kronkeout

Let`s give Stan a break. Gazidis and Wenger spent badly the same funds as Liverpool these last 4 years, and seriously mismanaged contracts and wages.

Maul Person
Reply to  US Gunner

Stan owns the club, doesn’t show up, doesn’t say anything, doesn’t spend but takes millions out in consultancy fees…

…and we should give him a break?!

Faisal Narrage aka Mr. Project Youth 2.0
Reply to  US Gunner

When can do both; acknowledge Gaz and Wengers money wasting whilst remembering it was all under Stans ownership.

It’s a joke the number of games expected of this player. Since world cup some of them haven’t had a proper break. Then they come to very a competitive premier league…. Expect more injuries.

Torreira started from the bench for most of the World Cup from what i recall. I don’t know whether he’s first choice or not now seeing as I don’t really give a shit about international football, but hopefully he doesn’t get burned out.

Totally off topic. But blogs post today. Ozil, Ozil, Gazidis, Ozil. Fuckwits. One has gone. The other needs to go ASAP. MALIGNANT CUNT. FUCK OFF PLS