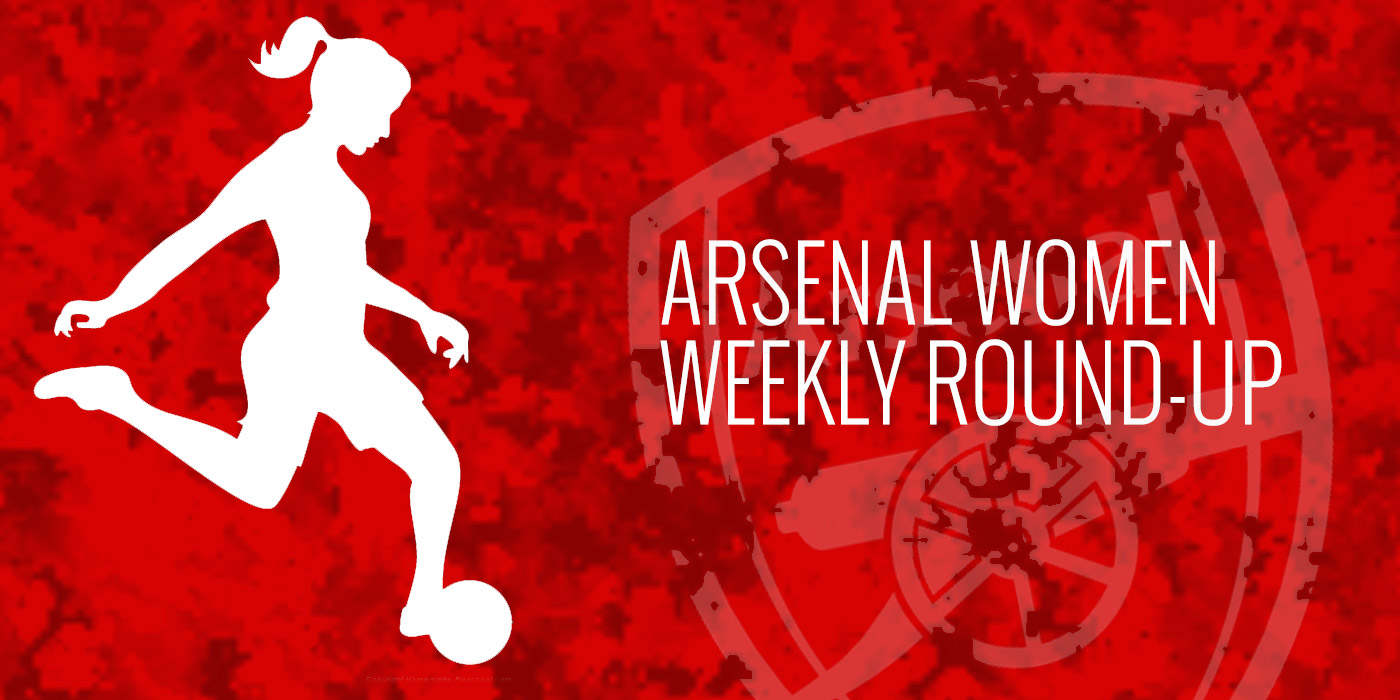 WOMEN’S WORLD CUP
The Women’s World Cup is in full swing and we’ve had our first meaningful Arsenal involvement. Pauline Peyraud-Magnin and Leonie Maier were unused substitutes for France and Germany respectively as they enjoyed match day one victories. But we got our first glimpse of some Gunners during Sunday’s England v Scotland game. Beth Mead started for England, while Lisa Evans, Jen Beattie and Kim Little started for Scotland as Phil Neville’s side won 2-1 in Nice. Leah Williamson was an unused sub.

Opponents on the field today. #Arsenal Forever.
?⚪️?
Proud of these girls regardless of the result. #WeAreTheArsenal pic.twitter.com/9OvTzB0td0

On Tuesday, Netherlands get their tournament underway against New Zealand on Tuesday afternoon, with Vivianne Miedema and Danielle van de Donk likely to start and new signing Jill Roord on the bench. Miedema is two goals short of Netherlands’ all-time goalscoring record. For daily highlights from the Women’s World Cup, go to FIFA’s YouTube channel.

MONTEMURRO LOOKING FORWARD TO AMAZING TOURNAMENT
Gunners boss Joe Montemurro told Eurosport that he is looking forward to women’s football showcasing itself to the world in France. The Australian is out in France taking in some games and he told Eurosport he is looking forward to being entertained, “There are going to be some special games, some special players are going to come out, and just a European World Cup in a European summer is just special, and the brand of women’s football is fantastic at the moment, so I’m just looking forward to seeing some spectacular games.”

In the same interview from Carrie Dunn Beth Mead talks about how she found out she had been included in the England squad and Kim Little, who missed Euro 2017 through injury, talks about rolling with the punches and not overthinking things when it comes to injuries.

JORDAN NOBBS: HEARTBREAK AND HEALING
Speaking of injuries, Arsenal this week produced a 13 minute documentary focusing on Jordan Nobbs recovery from an anterior cruciate ligament injury. Nobbs ruptured her ACL back in November, curtailing her World Cup dream. The England international is on the road to recovery and is expected to return shortly after the WSL season commences in September.

The documentary focuses on the physical and emotional aspects of her recovery, including her desire to be close to the team during the title run-in and her heartbreak at missing the World Cup. It’s a must see and, it has to be said, a bit of a tear-jerker as well.

On Sunday, November 18, @JordanNobbs8 suffered an ACL injury, bringing her season to an abrupt, and heartbreaking, end… ?

From seeing her teammates win the title, to missing out on the World Cup; this is Jordan’s story ? https://t.co/ipINVEpJLr

PRE-SEASON FIXTURE WITH SP*RS CONFIRMED
Arsenal confirmed on Friday that they will play a pre-season fixture against Spurs at Boreham Wood on Sunday, 25th August at 2pm. The girls will also participate in the Emirates Cup on July, 28th with a match against Bayern Munich Frauen and will also play a behind closed doors match against Wolfsburg in Austria.

ARSENAL’S SEASON: A STATISTICAL BREAKDOWN
Aidan Small has been crunching the numbers of Arsenal’s title winning season on Arsenal.com with some fascinating results. The Gunners were lauded for their attacking play, in which they scored 70 goals in their 20 league games, but, perhaps surprisingly, were third in the league for shots on goal. That’s what happens when you’ve the most clinical striker in women’s football at your disposal.

But it is the defensive numbers that really stand out. Arsenal also conceded the fewest number of goals in the WSL thanks to a defence expertly marshalled by the likes of Leah Williamson and Louise Quinn. You can check out the full article here.

BEATS IS BACK
Arsenal confirmed the worst kept secret in women’s football last week by announcing the return of Scottish defender Jen Beattie from Manchester City. Beattie left the club in 2014, but returns after the expiry of her deal at City. Beattie played for Joe Montemurro briefly during a loan spell at Melbourne City in 2016. Beattie will wear the number 5 shirt.

? “It’s almost ten years since I first signed here as an 18-year-old, so it’s an unbelievable feeling to be back.” @JBeattie91 ❤️ pic.twitter.com/ocGUqrFDyr

“I think Arsenal have always had a place in my heart to be honest since I was a young kid,” she told Arsenal.com. “They were the club that gave me my first opportunity when I was 18, 10 years ago actually from now, and I just felt it was the right time to push on and have another challenge. I want to win the Champions League and trophies are what I hope to achieve with this club, and I think everyone is on the same page here.”

KATIE COMES OUT
Gunners star Katie McCabe last week decided to go public on her relationship with Ireland teammate Ruesha Littlejohn, to mark the beginning of Pride month. In an event that marked Aviva’s Pride campaign at the Aviva Stadium in Dublin, Ireland captain McCabe says she and her partner feel a responsibility to be LGBT role-models.

“I’m not ashamed of who I am,” McCabe told the Irish Independent. “I don’t hide anything. I don’t hide anything on my Instagram or Twitter but I think this is the first time doing interviews about it, although nothing has changed for me. I am who I am, who I have always been. Speaking about it is important.”

Ireland captain Katie McCabe opens up about her relationship with team-mate Ruesha Littlejohn to mark the start of Pride month. https://t.co/YIX9e2nSVY

McCabe’s girlfriend of three years, London Bees’ Ruesha Littejohn, admits that women’s football is a forgiving environment to come out in compared to many other walks of life, “It’s probably easier. Within the women’s game, there are a lot of gay footballers. So everyone is kind of supportive of each other. There is really no judgement there.”

FOLLOW PIPPA AT THE WOMEN’S WORLD CUP
Arsenal Women Arsecast co-host Pippa Monique will be covering the tournament for Give Me Sport, you can follow her adventures on her social media channels:

I will also be appearing on the Offside Rule podcast discussing the tournament if you want some more dedicated Women’s World Cup chat. They will be releasing free daily WWC podcasts through Spotify (premium account not required).

Tournament has been entertaining so far

Was it my imagination or did the Scottish pundit/expert on the BBC keep referring to the semi-divine Alex Scott as Scott rather than Alex, in a manner akin to a politician barely able to conceal their contempt for someone of differing opinion. Looking at the profile on Wikipedia of the American (whose name I have forgotten), the Scottish lady may well have got a headbutt if she had been as rude to her.

Hope Solo is who you’re looking for.

Eilidh Barbour and Alex are good friends. Didn’t notice this myself but was probably some friendly bantz.

Eilidh Barbour? I think you might need to get your eyes tested, Tim.

Ah yeah, it was Gemma Fay wasn’t it?

Just checked (I didn’t catch the bit where they told you who was who) and you’re correct.

She seemed kind of annoyingly dismissive of everyone else’s opinions (including the aforementioned World Cup winner Hope Solo – maybe listen to someone who’s been there and got the t-shirt?), but maybe I read too much into it.

Thanks everybody. Input much appreciated.

My adrenaline got going at the mention of a NLD. Hope we smash ’em.