Arseblog News – the Arsenal news site
Home Players Men Arsenal’s pre-season begins on Friday: who will be there? 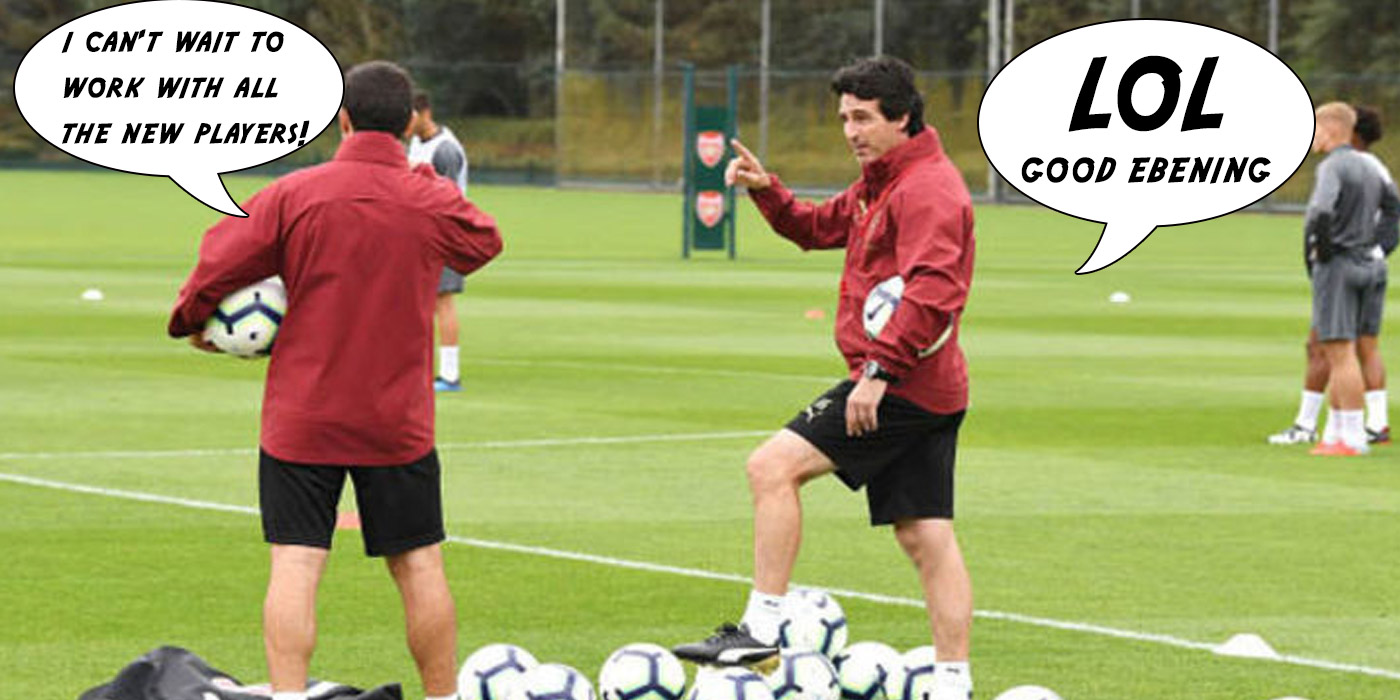 Arsenal’s pre-season begins on Friday when some of the players return from their summer holidays for a screening and fitness assessment.

It’s been a pretty busy off-season for quite a number of our players, so as it stands the first team/fringes of first team players who will be there for day one are:

The touring party for the US is likely to include a clutch of academy talent who will be keen to impress Unai Emery. The likes of Bukayo Saka, Xavier Amaechi, Daniel Ballard, Zech Medley, Kelechi Nwakali, Folarin Balogun, and more will be making up the numbers, while some first team squad members could join the tour while it’s in progress.

Gabriel Martinelli will be there too

You have the worst case of knowitallism I have ever seen.

What about Ospinaaaaaaaaaa? As far as I’m aware he’s still an Arsenal player…

Djgooner
Reply to  Keeping it Monreal

BUT if there is anything of interest is to see how Iliev, Martinez or Macey stack up against each other in pre-season.

Sean
Reply to  Keeping it Monreal

No he’s not ?‍♂️?‍♂️ Do u not follow arsenal he’s signed for Napoli

I hadn’t realised Asano was still an arsenal player

Ryo Miyaichi now we have the Brazilian ‘wonder kid’ from fourth tier of Brazilian football.

I hadn’t realised Asano was an player

How many of the above list, should not be here? It’s so pitiful looking at that squad.

I don’t know we’ve got some very good players

Looks so unexciting these days.

Not saying they will land them (hopefully not) but Spurs are linked to Bruno Fernandes and Ndombele.

If we don’t buy well this summer, expect Aubameyang to be prey to bids next summer.

And if we fail to deliver again, it will be self perpetuating as we attempt to cut cloth to means without an experienced transfer market whizz at the helm.

I don’t think people should turn up too much for pre-season.. until we sign proper players. There should be some signal of palpable disinterest IMO. If the club buys poorly (29yr old wingers or ligue 2 types), we will be setting course for more problems next summer. The likes of Aubameyang and Laczette will be vulnerable to departure (let alone should we sell one of the now it will have knock on effect on the other) Where we are going with this club is precarious at the moment. Uninspired signings , a mediocre squad lacking in sufficient technical merchants, and… Read more »

I heard we are after Daniel Amokachi, hes about to join for free.

Really hope that Emile Smith Rowe, Reiss Nelson, and Chambers will be given more opportunities this season

I don’t get all of the hype about Martilini. It is nowhere near the type of signing we need to take us up a level next season. All of the PR shit on the official website like we’ve just signed an established player. Potential is great, and my well work out, but it’s not going to get us back into the CL next season. The board of puppets, sorry ‘directors’ look to be intentionally overhyping a signing to try keep us happy and distracted. Day by day I’m losing more faith in the direction that this club is going, to… Read more »

Is everyone so negative about our chance next season, that doing well would be a surprise, and the poor performances will be met with a shrug of the shoulders.