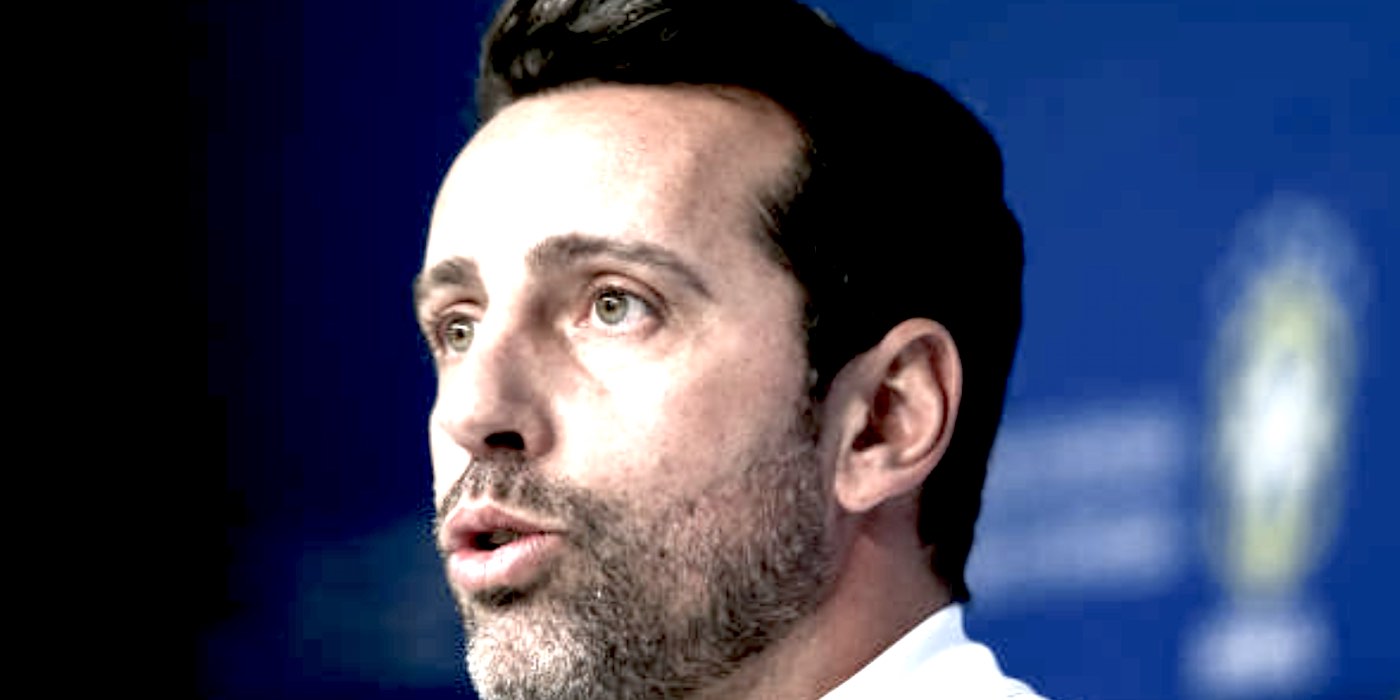 Arsenal have confirmed the appointment of Edu Gaspar as the club’s Technical Director.

The 41 year old left his position with the Brazil national side following their Copa America triumph at the weekend, and returns to North London having spent four years as a player from 2001-2005, making 127 appearances.

During that period he won a double, another FA Cup, and he was part of the Invincibles side which went through the 2003-04 Premier League season without losing a game.

After his playing career he returned to Brazil where he became Director of Football at his former club Corinthians before taking up his role with the national side.

Edu, who has always struck us a lovely man, said of his return: “Arsenal has always had a special place in my heart and I’m thrilled to be returning to this great club in this new role. We have a strong squad and some very talented young players with fantastic people at every level. I’m looking forward to helping make a difference.”

No pressure mate. But there’s a fair bit to do. We hope you’re not still hungover from the weekend.

Encouraging that he’s starting straight away.

Let’s keep our hopes real and give the man some space. He needs to understand in and out of the club in really short time. Also make sure not to blame him for any failings come end of transfer window. FFS, sign a credible player Raul!!! I would be more interested in how Edu develops young lads and lands world class players.

I mean, he will be on emergency tax for the first few months but he can claim that back once he’s sorted his tax code. God I hope he knows his national security number…

Yeah this is a good surprise. And with Monchi going back to Sevilla, I think we’ve made the best of a bad situation.

Edu absolutely deserves the job on merit considering the range of technical/administrative experience he’s picked up since retiring. Sven Mislintat may be the master talent spotter, but I’m pretty happy we’ve got an accomplished ex-Arsenal man in this role, instead of the guy who wanted the job handed to him on a plate and left for Germany instead of at least staying to help the club in whatever capacity he could.

Bit harsh on Sven I think. He was offered the role of technical director in waiting by Gazidas, did a great job last summer and then got dumped from consideration. You can’t blame him for not accepting that situation and moving on.

I disagree, because he had one of the best jobs in football as Head of Recruitment at Arsenal. It would’ve been best for Arsenal if he’d got on with his job and stayed to work alongside Edu.

Anyway, If Sven couldn’t deal with a little disappointment, how was he supposed to manage the task of being Technical Director at one of the most dysfunctional clubs in the world ?

True story – I was promised by my employer that if I relocated, within a couple of months I would receive a promotion. They went back on their word and I am not getting that promotion now because of a “change of heart.” I am leaving my current employer.

Yup. If raul doesnt deliver this season with a quality signing and sell some of our we-know-who players, then he’s the one that’s shit and should have left.

Just to remind the folks on here who think Mislintat is some angel who can do no wrong, the guy was banned from the training ground at Dortmund, we still hired him after that debacle, and he rewarded us by leaving after less than a year because he didn’t get the promotion he wanted. Despite being a “genius”, he was passed over by Bayern and every other big club in Europe so he ended up taking the Director of Football role at Stuttgart. Stuttgart then ended the season in the relegation places and lost the play-off against a First Division… Read more »

Again I feel your summary is harsh to say the least. He fell out with Tuchel and from what I have heard he certainly wasn’t all to blame for that situation. I would sell my mother to have his job but in his situation I can understand why he left. I also however believe that maybe he wasn’t the right person for Technical Director, maybe he is just a good scout. I don’t know all the facts but I guess that is my point.

Making the best of a bad situation is admirable, but this is a bad situation that the club created in the first place, then did little to nothing to sort it out in an efficient manner.
From the outside, it appears that the people in positions within the club pushed out talented folks and alienated potential new recruits to the executive side in an attempt to solidify their own power base.

Very surprised he’s not having a break, but that can only work in our favour; “He will be on the flight to the United States as our pre-season tour gets underway on Thursday.”

Here’s to hoping he is not Raul’s puppet and he actually has the freedom to do his job the way he sees best fit.

Does he know how fantastic man we have at the highest level?

He’s worked with some incredibly fantastic men at Corinthians and Seleção.

Exciting things happening at Arsenal. This along with the Saliba news… things seem to be picking up pace.
Long overdue.

Alisher, you sold your shares to Kroenke, what do you care about Arsenal anymore?

Blame Lady Bracewell-Smith for selling her shares to Kroenke.

Much Edu about nothing.

“He will be on the flight to the United States as our pre-season tour gets underway on Thursday.”

Dude is eager to get to work.

Just paid for it.

Let’s hope it’s not much Edu about nothing.

Nice. But what is his job desc supposed to be?

The article on arsenal dot com lays it out quite well. It’s worth reading

It’s a very important job. Basically he has to form a long time plan for the development of the team. 1st team coaches come and go, Edu is the guy who has to get the bigger picture right.

Can he play centre back?

Bring back Stepanovs! (as well as David Hillier…)

With all the good news regarding the youth players getting promoted, it seems like stankronkbadtard will not be investing any money again in our squad. So the best thing edu can do since we don’t have any money is to be the cover in central defence if we sell Elnany. Stankronkbadtard you cheap bastard.

No pressure mate. Really. Just start recruiting and offloading, or offloading and recruiting, or both at the same time coz we aint got much time, have we?

Welcome back to the Arsenal, Edu. Good luck in your new role.

Doesn’t bring anything short term beyond some ‘wonderkid’ from Brazilian fourth division. Its not as if he brought Everton from Gremio with him.

Too many fans want to believe the fairy tale with the ex player etc. See Jenkinson.

That said, hope he can learn quick and actually start to provide something.

BUT not the sort of move you’d expect from a club with bigger ambitions.

Would have got Campos from Lille OSC. But then Sanlehi would be threatened.

Happy to have Edu at the club, but it strikes me as too late in the day for him to make any meaningful contribution before January- and by then the boardroom types may be looking for someone to blame to try and save themselves.

Why? Does plenty of time. It’s just that tight cunt kroenke won’t put his hand in his pocket. I wouldn’t mind if he was to invest say 100 million I think we would have a good chance of getting 4th with soljaer going to get sacked by Christmas and Chelsea with transfer ban and lampard.

This is good news, hopefully he will be telling Emery that the dull, defensive, cowardly stuff that was played most of last season is not the footie that is required at Arsenal.

I don’t think his job is to edu-cate the manager.

Much Edu about nothing.. so far