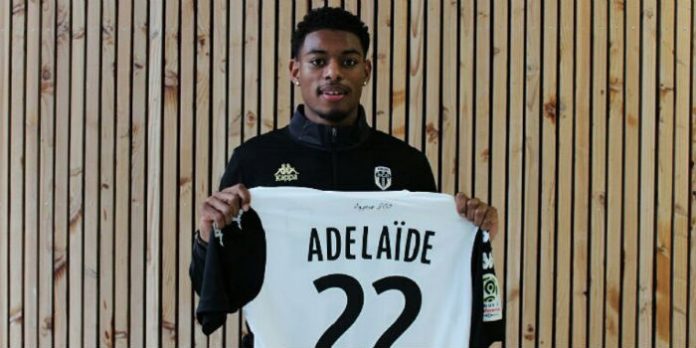 To celebrate the 100th anniversary of the French side, the teams meet at Stade Raymond Kopa this evening – with Unai Emery taking plenty of the midfielder’s former colleagues with him.

Having moved to Angers last season, the 21 year old has caught the eye of some bigger sides in his home country, but tonight he’s out to prepare for a new season with his current club, taking the field in opposition to some of his football friends.

“I am very happy to face Arsenal,” he said.

“I will be able to see friends again. I stayed in touch with a lot of players like Eddie Nketiah, Ainsley Maitland-Niles, Reiss Nelson and also Matteo, whom I rub shoulders with in the French team.”

It’s clear he also has warm feelings for the Arsenal, despite the fact it didn’t quite work out for him.

“It’s a big club,” he continued. “It allowed me to reach the high level. To realise what a great structure was. I will remember for a long time my debut against Lyon and Wolfsburg.

“We’re going to tackle it like a league match. The kickoff of the season will happen soon. I hope that Arsenal will line up a competitive team, so that there is a nice atmosphere for this gala match.”

Arsenal confirm departure of The Jeff in permanent move to Angers

Saw The Jeff light up a pre-season game at the Emirates – think against Wolfsburg?

Thought he was going to be a superstar!

Knowing our luck, he still will be.

I’m not sure that the mindset at Arsenal regarding giving promising youngsters a proper chance has changed that much (despite what management says).

We give managers proper chances though. We can’t be good at everything.

It was a surprise to me that we sold Jeff, he had looked good in his couple of preseason appearances last year.

God is a Gooner
Reply to  Dave Cee

I cannot understand how chel$ea have 42 players out on loan, yet we allow some of our brightest prospects to leave for absolute peanuts every year.

Savage
Reply to  God is a Gooner

They’re not a moral authority, but considering both their trophy and their revenues from player sales, they’re definitely an authority on how to run a successful football club and academy.

Played against England for France u-21’s where we somehow lost after having a great first half. Well anyway he kept Guendouzi on the bench that game which i found surprising! Just before he left us i always thought he had very broad shoulders and looked to be very decent. What i like to see is the youth we have let go or let on loan have done really well in clubs punching for Europa League which means to me that the ones we are really trying to keep close to the squad are intact the real deal! COYG (no injuries… Read more »

I think it’s fair to say he’s a much better footballer than Guendouzi from a technical standpoint, but Guendouzi is physically better; staying fit, playing at high intensity etc.

Their positions wasn’t exactly the same I think. Gouendouzi usually came to the pitch when it was more important to defend the result, but overall the Jeff was very convincing to me. He and Willock would have been the perfect Ramsey-role candidates in my opinion. Similarly the Jeff has the ability to think before act – something I really miss from the game of Iwobi for example…
I hope I’m wrong, but I think we will regret letting him go.

I have such fond memories of Arsenal, I still drag around my officially licensed “Arsene Wenger locker” everywhere I go!

Don’t look back in Angers.

Having our academies snatch by other division is a good sign we are doing something right. But,we can only promote few academies each year.

Considering we have yet to address issues in midfield (Cebellos on loan), was surprised we came to such rapid conclusion on him. Perhaps it could be an injury risk that changed our mind but I thought we would keep him another season at least. Ditto on Bielik. We keep saying we want to give youth a chance but we don’t seem to give them as much of a look in sometimes. And at 21yrs, there’s plenty of upside still for these players so if price isn’t great on offer, why not send on another strong loan to see if they… Read more »

I didn’t know Mavropanos and Bielik were pregnant.

Looked like a really exciting player…. unfortunately not meant to be !