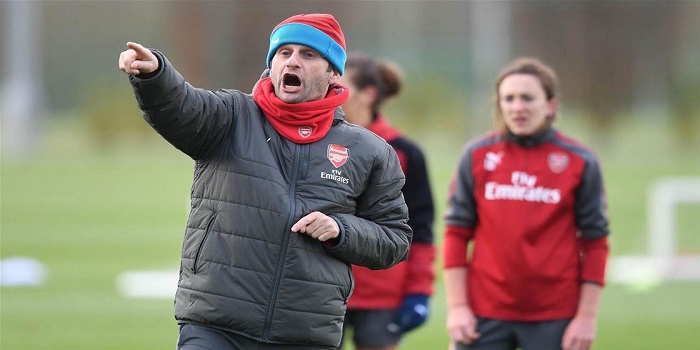 Arsenal Women manager Joe Montemurro has been nominated in the best women’s coach category for this year’s FIFA Best awards. The Australian led Arsenal to a comprehensive WSL title victory in his first full season in charge, with his side amassing a goal difference of +57 in 20 league games last season.

Arsenal manager Joe Montemurro is nominated in FIFA’s ‘The Best’ awards for best coach. You can vote for him here. https://t.co/3fIO5O2cU0

You can vote for Viv here https://t.co/RXprM7XRhW

Come on everyone vote for them

I feel that Rapinoe will win, but Miedema really deserves it for her exploits all year round. Similarly, I think Montemurro deserves it but Ellis wil get it. These competitions tend to be heavily biased towards major cup competitions.

Anyway, it is great they were both nominated and still not too late to influence the outcome. Let’s all vote in force, Gooners!

I agree our nominations are well deserved but this is a FIFA award so it will go to a high profile player and manager i.e. those that did well in the recent World Cup. Not too many fans outside of the UK that follow WSL unfortunately. Jill Ellis has just won back to back World Cup’s and has announced she is now leaving the USA team so she is the likely manager recipient and of course the tournament is being heralded as Megan Rapinoe’s World Cup although Rose Lavelle is an outside bet! I fear that our Viv didn’t show… Read more »

Such a lousy site tried for a week to vote, keeps saying site has a problem at present. Typical FIFA.